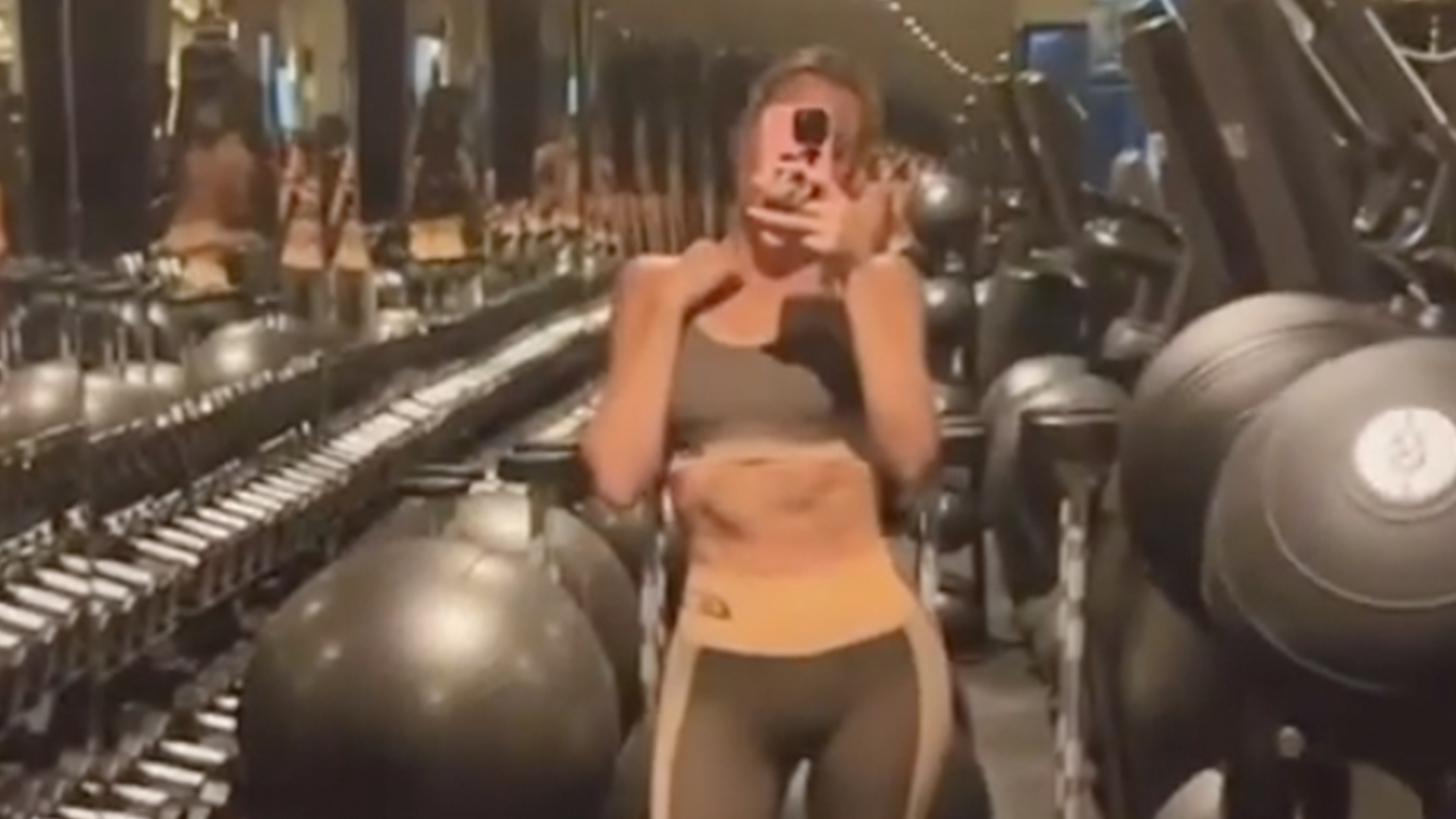 KHLOE Kardashian has worried fans after showcasing her pin-thin frame in her clip at the gym.

The reality star kept her workouts going even during the holiday weekend.

On Monday, Khloe shared a video on her Instagram Stories of the model donning a pair of tight leggings and a sports bra while at the gym.

She snapped the clip in the mirror surrounded by weights and medicine balls, zooming in to highlight her chiseled abs.

She tied her blonde locks back into a ponytail as she held her phone up in front of her face to record her body’s reflection.

The song, Save Your Tears, by The Weeknd could be heard in the background as motivation for her workout.

Khloe, 37, took a boomerang in a second snap, focusing the camera on her backside.

The Good American founder has concerned fans with her noticeably smaller figure as she continues to show off her body on social media.

Earlier this month, she sparked further worry when she shared a photo of herself in a tiny pink bikini, a new item from her clothing company.

Khloe posed with one arm at her side and the other up at an angle behind her head as she leaned into it.

She flaunted her tiny waist with just a pink jacket left open over her swimsuit.

Her short, platinum hair was parted to one side, and half of it came down in front of her face, and she gave the camera a slight pout.

Fans shared their concerns with the reality star in the photo’s comments section.

One worried follower posted about Khloe’s figure: “Not healthy looking at all.”

Another told her that she sadly “looks sick.”

A third agreed, writing: “You look very ill. You let that baby daddy stress you to a bone.”

The fan referenced the cheating scandal Khloe’s been dealing with her ex Tristan Thompson, with whom she shares her daughter, True.

In December, the NBA star welcomed a child, son Theo, with fitness trainer Maralee Nichols after cheating on Khloe with the mistress.

Later that month, Tristan announced he was the father of Maralee’s newborn son after obtaining the paternity results.

He shared the news on his Instagram and offered Khloe an apology, as well.

“I take full responsibility for my actions. Now that paternity has been established I look forward to amicably raising our son.

“I sincerely apologize to everyone I’ve hurt or disappointed throughout this ordeal both publicly and privately.”

“You don’t deserve the way I have treated you over the years. My actions certainly have not lined up with the way I view you.

“I have the utmost respect and love for you. Regardless of what you may think Again, I am incredibly sorry.”

Despite his apology, the former couple have not rekindled their romance.

She gave a tour of the lavish home on the latest episode of The Kardashians, where she revealed Tristan’s plans to move in with them.

However, the episode was filmed before his cheating scandal, and the two have since split.