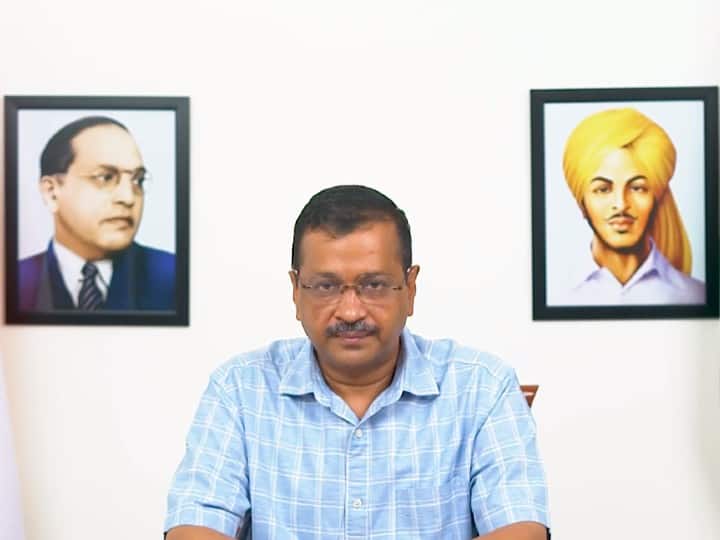 New Delhi: Delhi Chief Minister and Aam Aadmi Party national convener Arvind Kejriwal on Tuesday lauded Punjab Chief Minister Bhagwant Mann for sacking Punjab Health Minister Vijay Singla saying that had CM wanted, he could have stifled the matter but he did not do so.

As per Punjab CMO, Singla was demanding a commission of one percent for contracts from officials which he confessed. The minister was later arrested following the allegation of corruption.

Today, Punjab CM Bhagwant Mann sacked the state’s Health Minister…who’s been arrested. No one knew about this corruption, neither the media nor the Opposition. Had CM Mann wanted, he would’ve asked for a slice of it with a ‘setting’, said Kejriwal during a press conference.

“But he did not do it. He took action against his minister on his own. Bhagwant, we are proud of you. The whole Punjab & country are proud,” added the Delhi CM.

Kejriwal accused other political parties of having a “setting” within themselves till now. “They did not take action against each other’s leaders, let alone catch their own ministers,” he said, adding that “it’s the first time that a party has taken action against its own ministers.”

“People are very happy with this decision,” he said.

Earlier in the day, Kejriwal had tweeted in praise of Mann saying that the latter’s action had brought tears in his eyes adding that he is proud of the CM.

“Proud of you Bhagwant. Your action has brought tears to my eyes. Whole nation today feels proud of AAP,” he had tweeted.

Proud of you Bhagwant. Ur action has brought tears to my eyes.

On Tuesday, Punjab CM Bhagwant Mann announced that has taken strict action against Singla “sacking him from the cabinet and directing the police to register a case against him.”

“A case had come to my knowledge, a minister of my government was demanding a 1 percent commission for every tender. I took it very seriously. Nobody knew about it, had I wanted it I could have brushed it under the carpet. But I would have broken the trust of people who trusted me,” said Punjab CM.