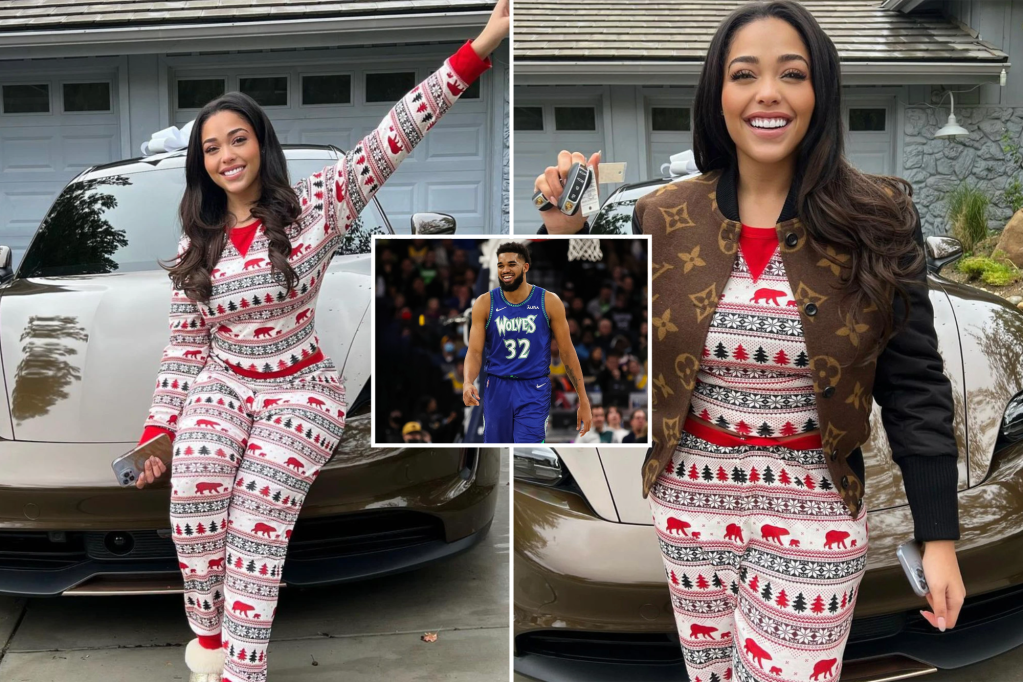 Karl-Anthony Towns may have been away from girlfriend Jordyn Woods on Christmas this year, but the Timberwolves star made the holiday super sweet.

On Saturday, Woods revealed that Towns had gifted her a Porsche, among other luxury goods, for Christmas, days after the 26-year-old entered the NBA’s COVID-19 health protocols.

“WTF!! I thought last night was enough and then I woke up to this!! My forever Santa!! I love you @karltowns !! I’m speechless!! You never fail to make me feel like a queen! WTF THE BROWN we talked about!?!? With the rose gold too!?!?” Woods exclaimed on Instagram.

“I’m so sad this is the second year in a row that covid prevented us from being together on Christmas but your presence was felt,” she continued.

Towns, who celebrated his first dating anniversary with Woods, 24, in May, gifted his model gal pal a Porsche Taycan, which can start at $82,700, per Porsche’s website.

Woods later expressed her gratitude for Towns in another Instagram Story, joking, “I think imma have to pop the question.”

“jk I’m not about that life but for real wtf @karltowns,” Woods wrote, to which Towns replied, “Bend the knee!!!” in reference to “Game of Thrones.”

Towns also revealed on Instagram that he and Woods unwrapped their gifts together virtually, with the latter keeping her fingers crossed for a COVID-free Christmas in 2022.

“My Santa may be apart for two years in a row because of this virus!! But not again next year,” she commented on his post.

Towns has lost multiple family members to COVID-19, including his mother, Jacqueline Cruz. During an October 2021 appearance on Facebook Watch’s “Peace of Mind with Taraji,” Towns revealed to host Taraji P. Henson how Woods helped him through a difficult time.

“I feel, like, in a way, when my mom passed, she said, ‘I’m not going to leave you alone. I’ma make sure you know who you’re supposed to be with,’” Towns said.

Woods, who lost her father to cancer in 2017, also understood how Towns “was feeling.”

Woods and Towns made their relationship public in September 2020.