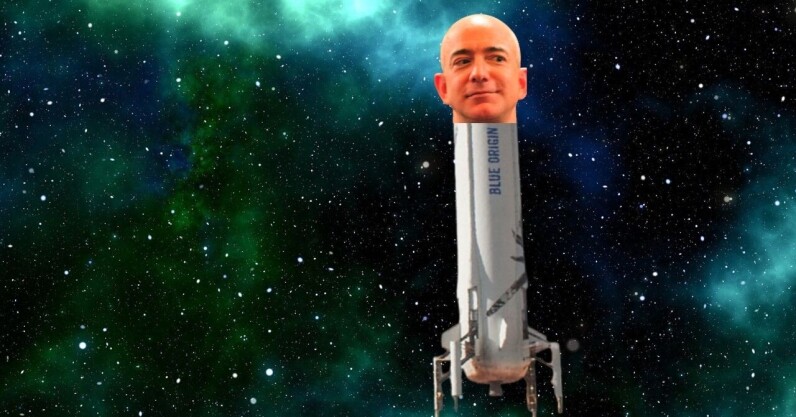 Bezos’ Blue Origin on Monday announced plans to build a commercial space station by the end of the decade.

The so-called Orbital Reef will be developed in partnership with Sierra Space, a subsidiary of the defense and aerospace contractor Sierra Nevada Corporation.

The two companies describe the venture as a “mixed use business park” in space for both companies and tourists. The duo boldly declared that that Orbital Reef will be “the premier commercial destination in low Earth orbit.”

If the project’s engineers can replicate the animation, Orbital Reef should provide a comfy space and superb view for watching the world burn beneath you.

I envision Bezos turning the station into a private fiefdom that he’ll rule like an emperor. He’ll control the media, workforce, entertainment, and commerce in the territory. A bit like on Earth, but even more dominant, and more exciting for Jeff cause it’s in space.

Bezos’ firm is getting substantial support for the project. As well as the aforementioned partnership with Sierra Space, the venture is being backed by Boeing, Redwire Space, Genesis Engineering Solutions, and Arizona State University.

Blue Origin could probably do with all the help it can get. The company still hasn’t launched an orbital rocket, let alone an orbital space station.