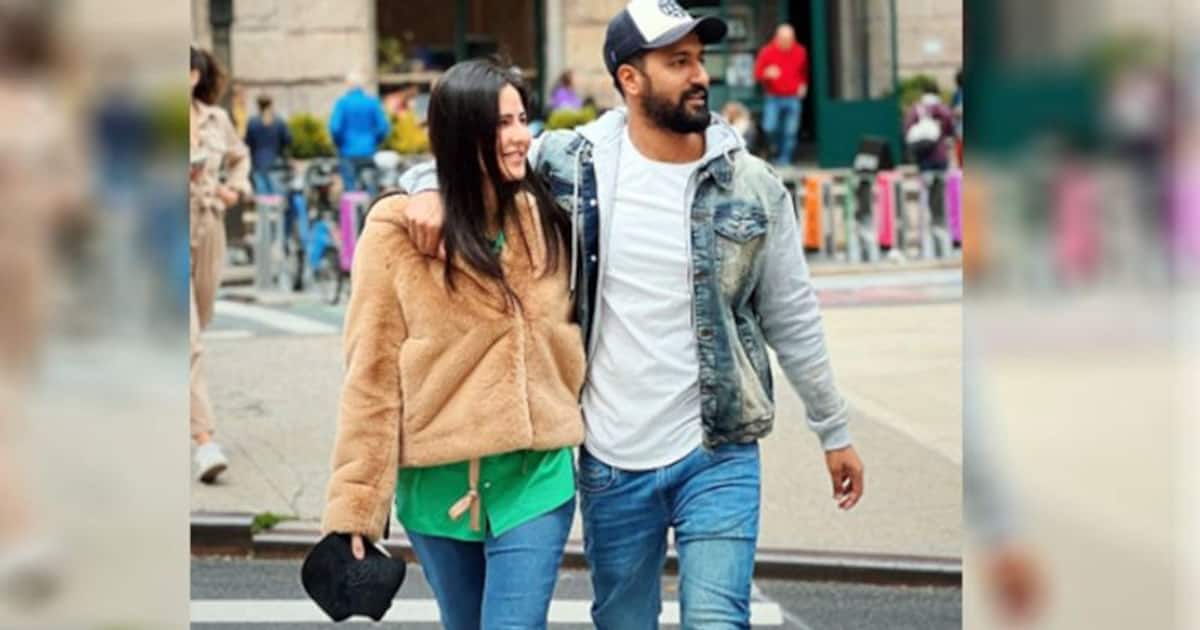 Reports have claimed that Katrina Kaif and Vicky Kaushal will soon become parents to their first child.

Katrina Kaif and Vicky Kaushal got married in a lavish royal setup at a fort palace in Rajasthan, last year in December. The couple has, since then, been painting the town red with their adorable couple photos and festival celebrations. Whether it is from spending time together on festivals such as Christmas and Lohri or taking a beach vacation, this adorable couple of Bollywood has indulged in numerous PDA moments ever since they tied the knot. Now, gossip mills are abuzz that after Sonam Kapoor and Anand Ahuja announced that the former is pregnant with their first child, there’s another Bollywood couple who may soon join the Bollywood parents’ club. It is none other than Katrina and Vicky, who are reportedly expecting their first child.

Rumour has it that Katrina Kaif is reportedly two months pregnant. The families of Katrina and Vicky Kaushal has excited about this piece of good news.

The speculations regarding Katrina Kaif’s pregnancy began after she was spotted at the airport a few weeks ago. However, media reports quoting an ‘industry insider’ have claimed that the Tiger 3 actress and Vicky Kaushal will soon become a family of three, as Katrina is reportedly pregnant with their first child.

While there is no official confirmation yet on Katrina Kaif and Vicky Kaushal expecting their first, the news (if true) might be announced only after Katrina completes her first trimester.

The speculations of Katrina Kaid and Vicky Kaushal expecting their first child is all the more special for all the ‘VicKat’ fans, as Vicky will ring in his birthday on May 16. With this, the year will certainly be a lot more special of the ‘Sardar Udham’ actor. The couple is presently enjoying their vacation in New York.

On the professional front, Katrina Kaif is presently occupied with the shooting for Tiger 3, co-starring Salman Khan and Merry Christmas, co-starring Vijay Sethupathi. As for Vicky Kaushal, the actor will be seen next in Dharma Production’s Govinda Mera Naam and an upcoming film with Ammy Virk.