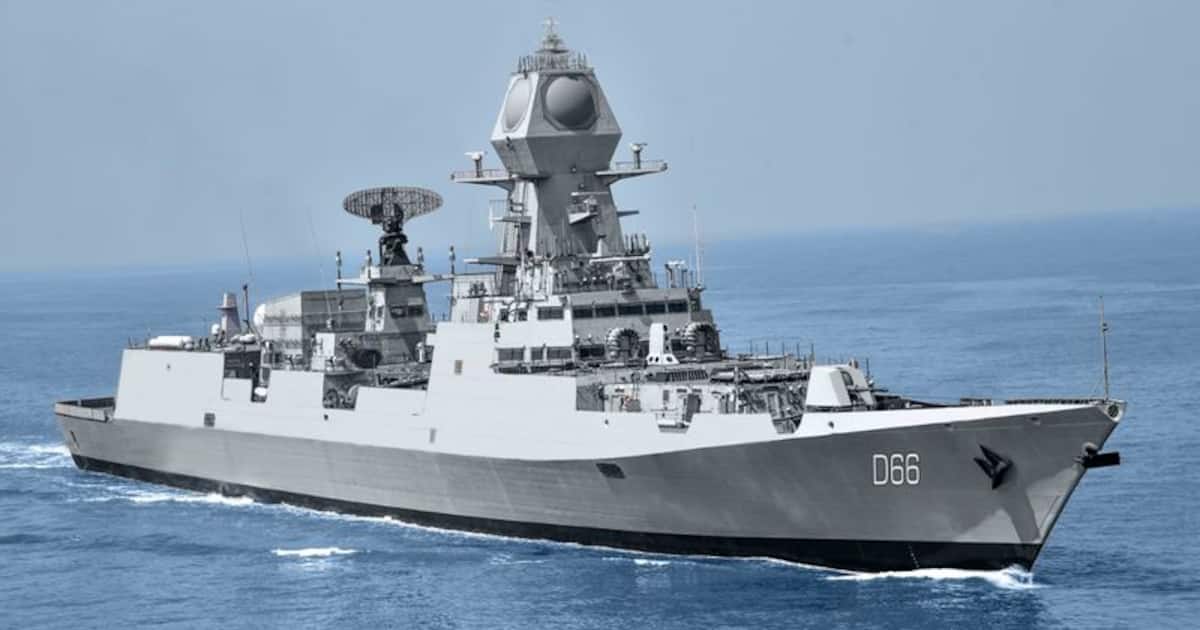 Also known as Visakhapatnam class, the contract for 4 ships were signed in January 2011 and the project 15B is a follow-on of the Kolkata class (Project 15A) destroyers commissioned in the last decade.

Designed by Directorate of Naval Design, Indian Navy’s in-house design organisation; and built by Mazagon Dock Shipbuilders Limited, the four ships are christened after major cities from all four corners of the country —- Visakhapatnam, Mormugao, Imphal and Surat.

The keel of Visakhapatnam was laid in October 2013 and the ship was launched in April 2015.

The ship is constructed using Indigenous Steel DMR 249A and is amongst the largest Destroyers constructed in India, with an overall length of 164 meters and a displacement of over 7500 tons, the Ship maker said.

The ship is a potent platform capable of undertaking a variety of tasks and missions, spanning the full spectrum of maritime warfare.

It is armed with supersonic Surface-to-Surface ‘Brahmos’ missiles and ‘Barak-8’ Long Range Surface to Air Missiles.

The delivery of Visakhapatnam is an affirmation of the impetus being given by the Government of India and the Indian Navy towards ‘AatmaNirbhar Bharat’ as part of 75 years of Indian Independence, Commander Madhwal said.

The ship can accommodate a crew of 312 persons, has an endurance of 4000 Nautical Mile and can carry out a typical 42 days mission with extended mission time in out of area operation.

The ship is also equipped with two helicopters onboard to further extend its reach.

The Second Ship of P15B Mormugao was launched on September 17, 2016 and is being readied for Harbour Trials.

The ship will thereafter commence its Sea Trials.

The third ship (Imphal) was launched on April 20, 2019 and is at an advance stage of outfitting.

The fourth ship is under block erection and will be launched within this Current Financial Year.