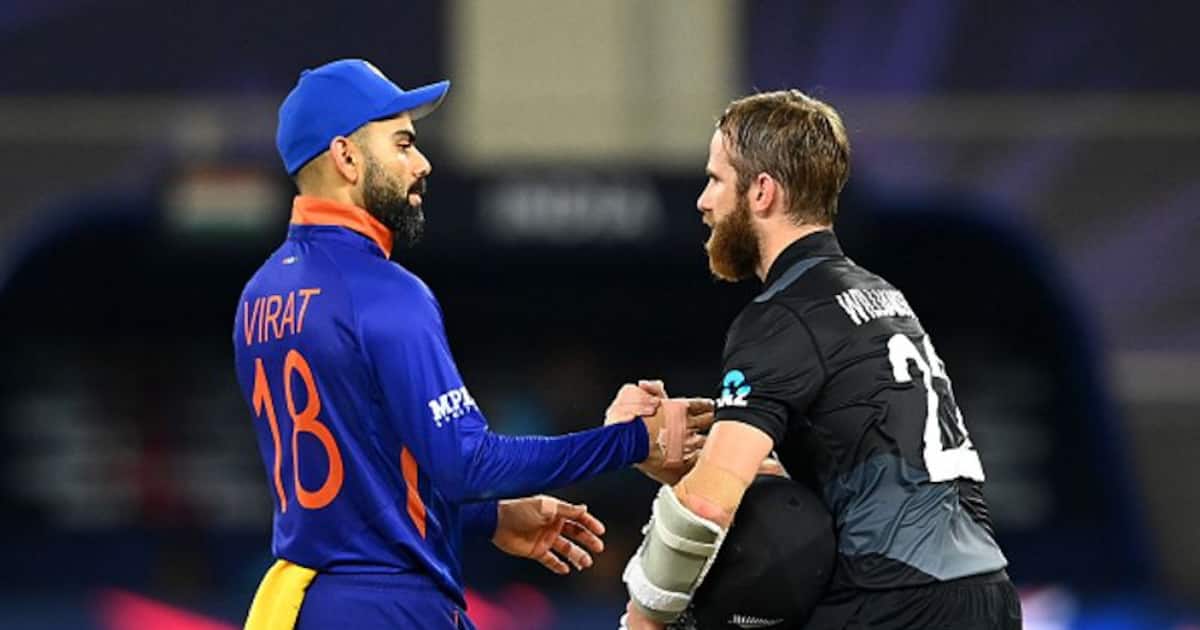 India was hammered yet again, as New Zealand beat the side by eight wickets in Super 12 of the 2021 ICC T20 World Cup. As India’s chances of qualifying for the semis take a huge hit, it scripted some unwanted records. Former champion India is just unable to find the right rhythm, as New Zealand defeated it by eight wickets, is its Group 2 Super 12 clash of the ICC T20 World Cup 2021 at the Dubai International Stadium on Sunday. With this loss, India’s chances of qualifying for the semis look incredibly slim. Meanwhile, it also produced some unwanted records, as we take a look. 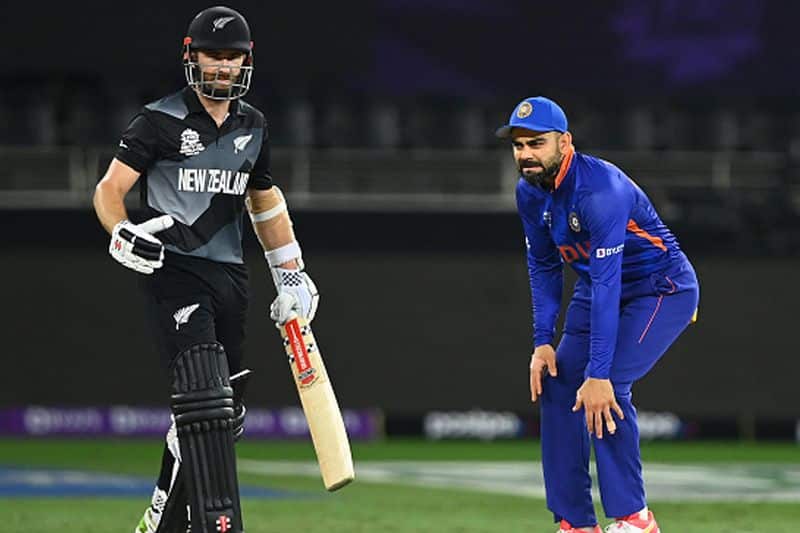 India produces lowest aplenty
– India managed 35/2 in the Powerplay, which is its lowest in night games in Dubai in the tournament, besides being the sixth-lowest overall this season. The lowest happens to be 21/3 by Australia against rival England.
– Also, India became the first team in the competition this season to not hit a boundary – between 7-15 overs in a game.
– This happens to be India’s second-lowest total in the tournament to date, with the lowest being 79 against the same side in 2016.
– It is also the second-lowest total by a full-member team in the competition after Zimbabwe’s 93/8 against South Africa in 2012.
– India could manage just 48/3 within the ten overs, being its third lowest in the phase in the tournament to date, while its lowest was 42/6 against NZ in 2016.
– India now has the worst win-loss ratio against NZ in ICC competitions, which is 0.333.
– It was the first time that India lost the opening two games of the tournament to date.
– It was India’s ninth loss against Kiwis in the format, the joint-most against Australia and England. 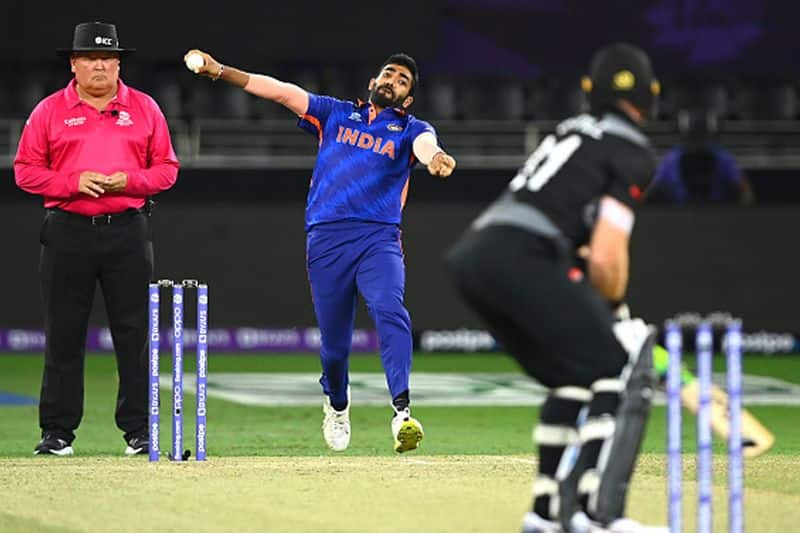 Match summary
NZ opted to bowl to win the toss, as India was off to a wretched start, losing wickets at regular intervals. It could manage just 110/6, with Ravindra Jadeja being the top scorer. In reply, Daryl Mitchell and Kane Williamson’s dominating 72-run stand took the game away from India, and NZ won by eight wickets.
Brief scores: India 110/7 (Jadeja- 26*; Boult- 3/20) lost to New Zealand 111/2 in 14.3 overs (Mitchell- 49, Williamson- 33*; Bumrah- 2/19) by eight wickets.