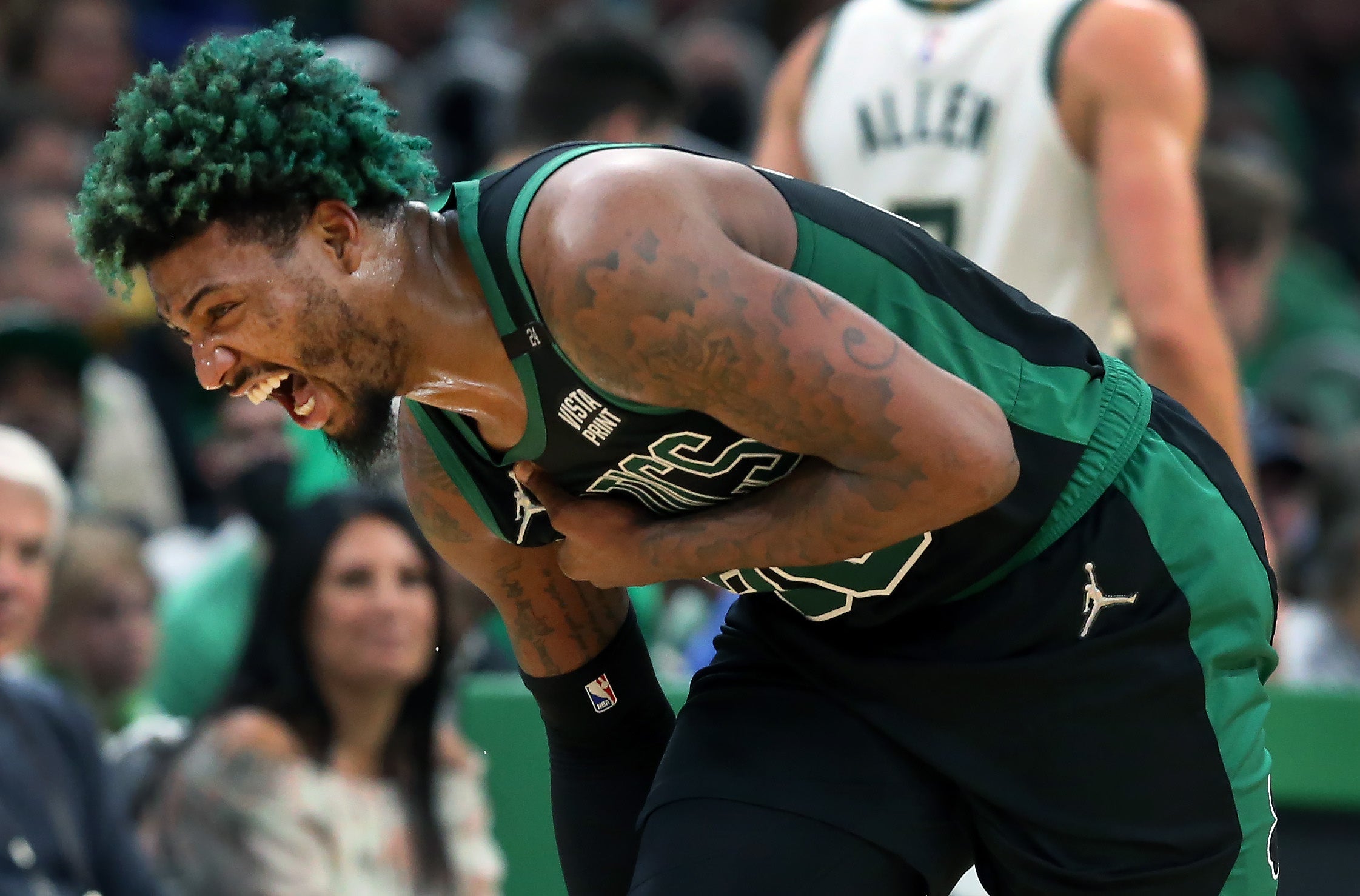 Marcus Sensible reportedly sustained a number of accidents throughout the Celtics’ Sport 1 loss to the Bucks in Japanese Convention Semifinals on Sunday. Because of this, Boston coach Ime Udoka confirmed that Sensible will probably be listed as “questionable” going into Tuesday’s Sport 2.

“Sore,” Udoka stated of Sensible throughout a Monday press convention. “He got hit pretty bad. Quad contusion. Got hit twice I think during the game. [He’s] a tough guy that’s going to try to play through things and we’ll try to get him some treatment today and see how he feels tomorrow. He’ll be listed as questionable tomorrow.”

One constructive replace from Udoka was that Sensible’s shoulder — which he injured within the second quarter of Sport 1 — doesn’t appear to be a severe concern.

“Fine,” Udoka stated of Sensible’s shoulder. “That was just in the moment.”

Udoka famous Sensible’s subpar efficiency (10 factors on 3-of-11 taking pictures) after coming back from the damage within the second half.

“It could have affected him offensively, getting downhill and driving a little bit,” stated Udoka. “Defensively as well, he likes to climb up into guys and be more physical. It probably affected him some.”

With the Bucks main the collection 1-0, Boston may have a probability to even issues up when Sport 2 suggestions off at TD Backyard on Tuesday at 7 p.m.

Keep updated on all the most recent information from Boston.com