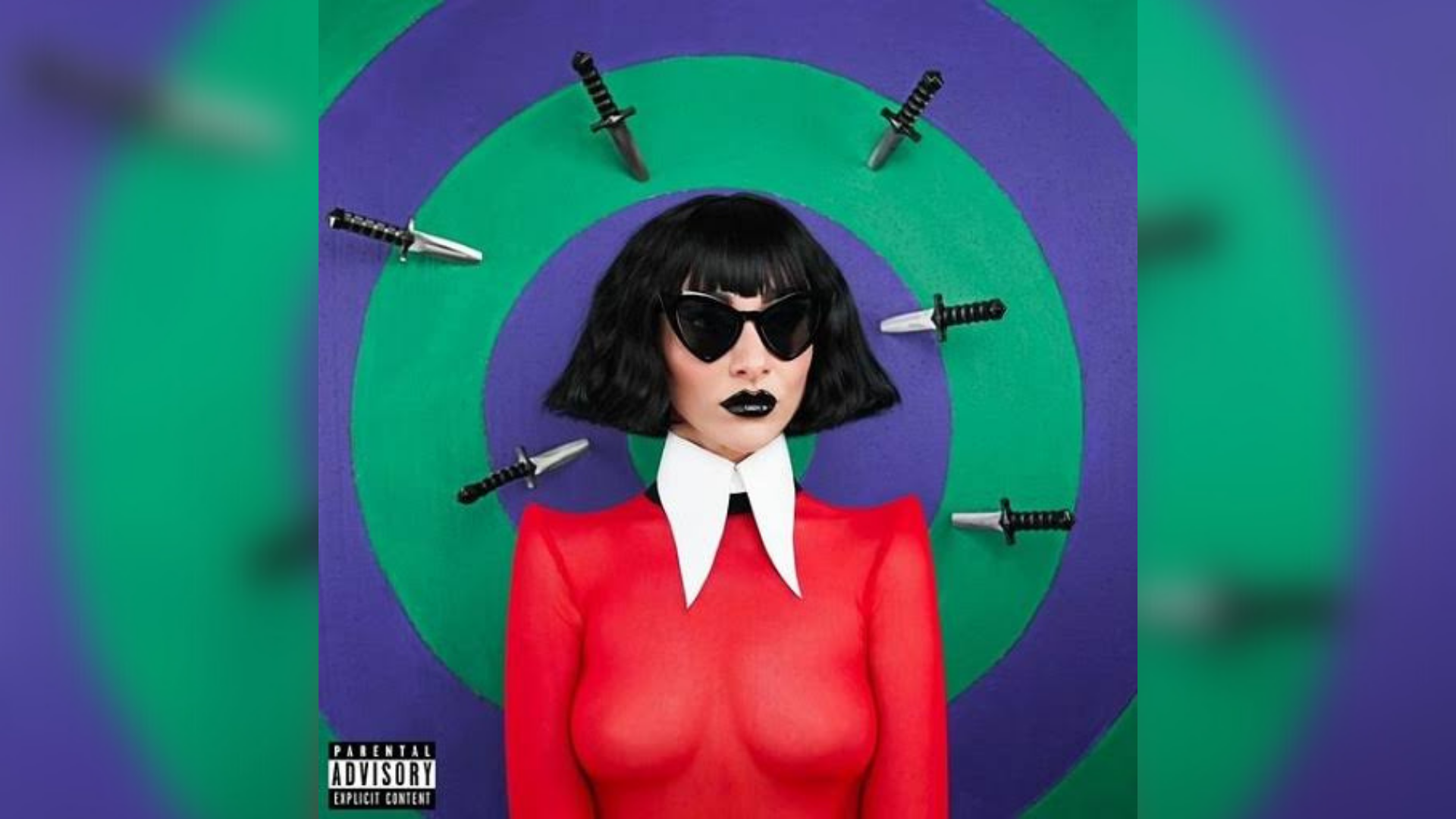 Amy Noonan, known more famously as Qveen Herby, is a hard-working rapper and singer with an incredible work ethic. Herby, who was formerly one half of the chart-topping pop duo KARMIN, has been releasing about three EPs each year. And last year, she finally released her debut studio album, ‘A Woman’. Now, the Nebraska rapper and singer has treated her fans with the Halloween-themed extended play ‘Halloqveen’.

Lasting for about 20 and a half minutes, ‘Halloqveen’ EP has stylish, dramatic and playful pop & rap tracks. The mood here is typically brazen for hip hop music, but the imagery in this EP is more horror-centred, theatrical and even childlike with references to vampires, fangs and witchcraft.

“Obitchuary” is the opening track and one of the strongest on the record. Although the title of the song attempts to make a smart pun, it comes off as a bit corny. However, that doesn’t spoil what is a fun and inventive track. It’s a perfect Halloween track for those who prefer playful and campy horror over intense and disturbing art.

The track “Abracadabra”, while stylish and catchy, sounds a bit like Iggy Azalea and Tinashe’s “Dance Like Nobody’s Watching”, especially in the choruses of both the songs. So does the beat. This could be a pure coincidence though, and it isn’t a big deal since it’s still a pretty strong track.

“Stretch Marks” can remind one of another Qveen Herby song, “Naughty Girl”. To have a similar sound as before in a new song is not a bad idea as all artists reinvent sounds from their back catalogues. However, Herby raps in “Stretch Marks” in a style that is unmistakably much like Nicki Minaj on “Roman Holiday”. Herby has a fairly good control of her voice and switches her flow smoothly. She raps in a low-pitched Minaj-like voice, when Nicki Minaj is embodying her alter ego Roman Holiday, and then flips to a high pitched voice like Minaj’s Harajuku Barbie alter ego. All of this can seem almost like a poor mockery/emulation of a far superior artist.

“Love Me” is personally this author’s favourite track on the EP. It sounds the most different from the rest of the record and somehow, that makes it one of the best tracks on the record. Herby addresses the very relevant issues of social media usage, celebrity fanfare, self-obsession and the excess vanity and narcissism which result from these phenomena. It has next to no supernatural themes or imagery, but it doesn’t need that because the all-too relevant topic of social media craze is scary enough as it is. The strong piano and string hook on “Love Me” will serpent its way into your head. I wish it had a nice and slow ending since the feeling it leaves us with is something we want to savour for a bit longer.

What’s a Qveen Herby song without making astrology references, ‘self-awareness’ and energy, and ad-libs such as “bad b**ch*? “Violence” is stylistically a very ‘Qveen Herby’ song with the rapper making sure to use internet slang (made popular on Twitter) with verses such as “Trigger warning: I might trigger you”, “Today I chose violence”, “[I] always understand the assignment” and “I snapped”. It can feel corny to some and campy to others. But this is intentional as this refusal to be so serious can be spotted all the way to the DIY painted album cover. The circular background we see on the cover sleeve was painted by hand by the singer herself.

We then move on to the closing track, “Bats In The Belfry”. This has a 2000s-style power-pop sound: clear vocals and a thumping bass that is perfect for dancing. Fans of Katy Perry, Kesha and ‘The Fame’-era Lady Gaga will enjoy this one.

There are interesting Halloween and horror-themed moments throughout this record with the mental imagery aided by the sounds of cathedral bells, church organs, evil cackling and dramatic screams. All of this makes ‘Halloqveen’ a colourful pop-rap record to spice up your Halloween parties.