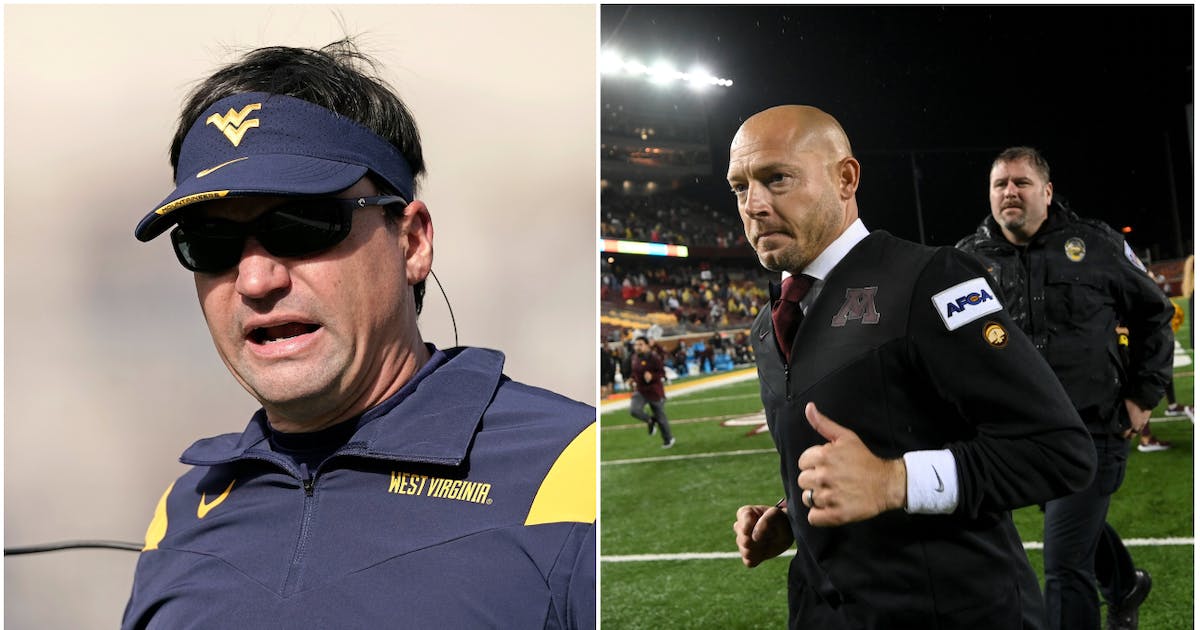 SCOTTSDALE, ARIZ. – Amid sunny blue skies and temperatures in the 60s, and just past the shadow of Camelback Mountain, Gophers football coach P.J. Fleck and a handful of players arrived at a posh resort for their media day appointment on Sunday, mindful but not paralyzed by a cloud that’s hanging over parts of bowl season.

Concerns over COVID-19 have been a major factor over the past five days. First, Texas A&M pulled out of the Gator Bowl on Wednesday. On Thursday, the Hawaii Bowl was canceled. The Military Bowl and Fenway Bowl pulled the plug on Sunday, shuttered by concerns over the fast-spreading omicron variant.

Amid those developments, Tuesday night’s Guaranteed Rate Bowl between the Gophers and West Virginia stood on solid ground as of Sunday afternoon, with neither Minnesota nor the Mountaineers reporting positive cases within their programs.

“So far, so good. We’ve had zero cases as of the last time we’ve talked [to team medical personnel],” Fleck said Sunday during the bowl’s media day at the JW Marriott Scottsdale Camelback Inn. “That’s a credit to our medical team.”

Likewise, Mountaineers coach Neal Brown said his team had no positive tests while acknowledging kickoff was still two days away.

Such is college football life for the past two bowl seasons as teams try to avoid something they can’t see, hoping games aren’t canceled, especially bowl games and the experiences they bring.

“We’re doing all the right things on the field, off the field and making sure we stay healthy so we can play this great game that we love,” Gophers linebacker Mariano Sori-Marin said. “That’s just a testament to this team. We value this game; we value each other’s safety. … It comes with selflessness, because if one guy doesn’t do all the right things, you can have some spread.”

The Gophers (8-4) arrived in Arizona on Thursday, in part for preparation and in part to take in the experiences that surround a bowl game. They’ve been to a Phoenix Suns game, held an ugly Christmas sweater party during a team meal at their hotel and made a charitable appearance for the Muscular Dystrophy Association at a bowling/arcade facility. All the while, they’ve been mindful of the pandemic.

“Just following CDC policy and Minnesota state guidelines,” Fleck said of the team’s approach. “We said we’re taking the state of Minnesota and bringing it over here. Our guys have really respected that.”

Fleck and his team are staying at a resort south of Phoenix, and the location has been advantageous for COVID-19 reasons.

“Even our hotel, there’s not many people there, which is great for us. We get to spread out,” Fleck said. “… We’re pretty isolated, and we like that.”

The Mountaineers arrived Saturday, preferring to finish most of their pregame work in Morgantown. Brown said the virus has been on their minds and that they’ve tried to tighten their protocols.

“Obviously, it’s picking up some steam with the new variant,” he said. “Our medical team and our players and our staff have done a pretty good job. We have just gone back and been more intentional about mask-wearing.”

There is, of course, a game to be played Tuesday, and both teams are focused on closing out 2021 strong and entering the new year on an upswing.

“The bowl experience is always awesome,” Sori-Marin said. “You get to play a team that will be the only time you play them in your college career. It’s a challenge, and that’s what’s fun. … It’s just a celebration of all the hard work we’ve put in since January to make this season possible.”

Sori-Marin quickly added that the Gophers aren’t in Arizona just for the good times. “You only get to play in three or four bowl games, and you have to take every game like it’s your last, and that’s what this team does,” he said.

For the Mountaineers, Brown listed his goals in order as: win the game, enjoy the experience, salute the team’s seniors, and build momentum for 2022. “We’ve got our work cut out for us,” he said. “But we’re excited for the challenge.”

Fleck took in the beautiful Arizona scenery and the good vibes that surround a bowl appearance — even with the coronavirus threat — and counted his team’s blessings.

“We have a backdrop of Camelback Mountain and the Praying Monk, while getting a nice shine from the sun,” he said. “A day like today is why you come to Arizona.”