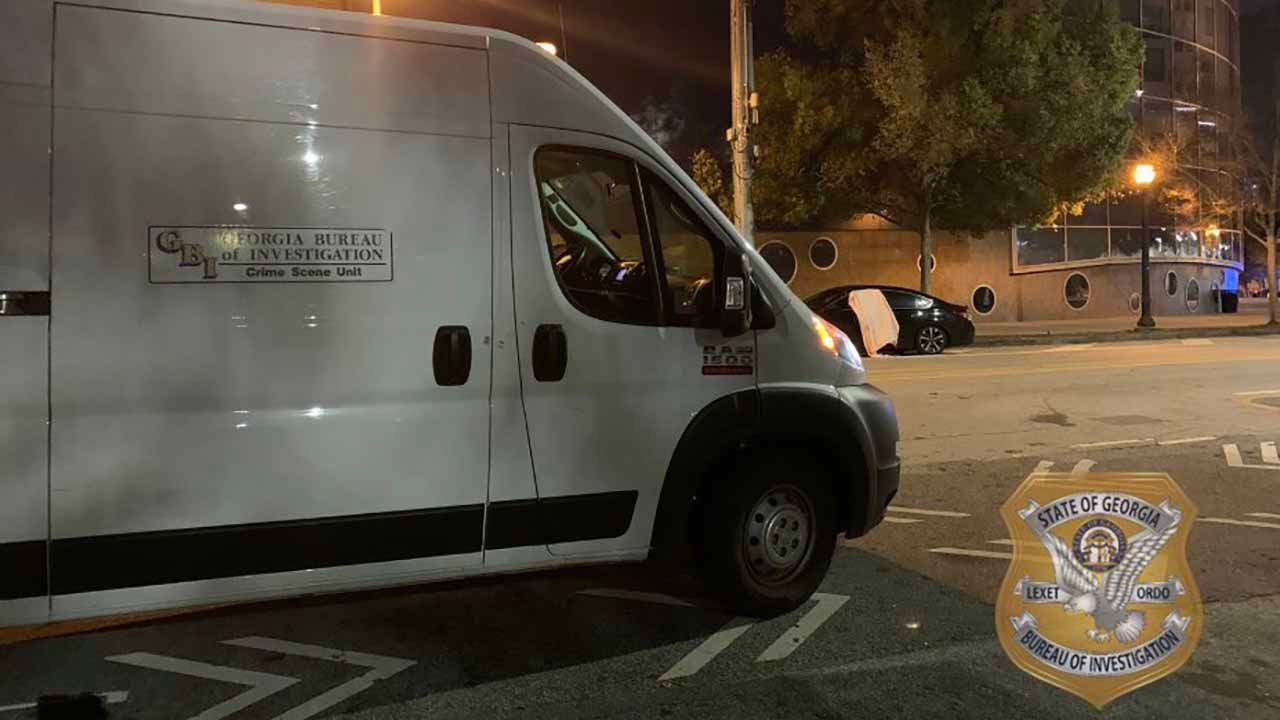 An off-duty Georgia police officer working parking enforcement in Atlanta was shot in the neck Monday night – when he then returned fire, striking and killing his alleged assailant, state investigators say.

The Georgia Bureau of Investigation (GBI) said the incident, which happened at about 9:52 p.m. on 320 Luckie Street in Atlanta, marks the 80th officer-involved shooting statewide this year. An off-duty officer, who is employed in a reserve capacity for the Molena Police Department, which serves the small town about 60 miles south of downtown Atlanta, was working a second job for the parking enforcement company, ATL Plus, at the time.

“The officer was sitting in his patrol vehicle when he was approached by a man who shot a firearm at the officer, hitting the officer in the neck,” GBI spokesperson Nelly Miles said in a release Tuesday. “During the incident, the officer shot his firearm, hitting the man. The man died at the scene.”

An off-duty officer working parking enforcement was sitting in his patrol vehicle when he was approached by a man who shot a firearm at the officer, striking him in the neck, state investigators said. The officer then shot and killed the suspect.
(Georgia Bureau of Investigation (GBI))

Agents on scene found the man who died in possession of a firearm, GBI said. State investigators did not immediately identify the man killed nor the officer, who was transported to a local hospital with injuries not believed to be life-threatening.

Sources told WSB-TV the officer and the man killed had gotten into a confrontation over a parking ticket.

“The preliminary investigation indicates there may have been some type of altercation between the two males that escalated to gunfire,” an Atlanta police spokesperson told the Atlanta Journal Constitution. A third gunshot victim, a woman who appeared to suffer a graze wound, was also found at the scene and was taken to an area hospital, Atlanta police said.