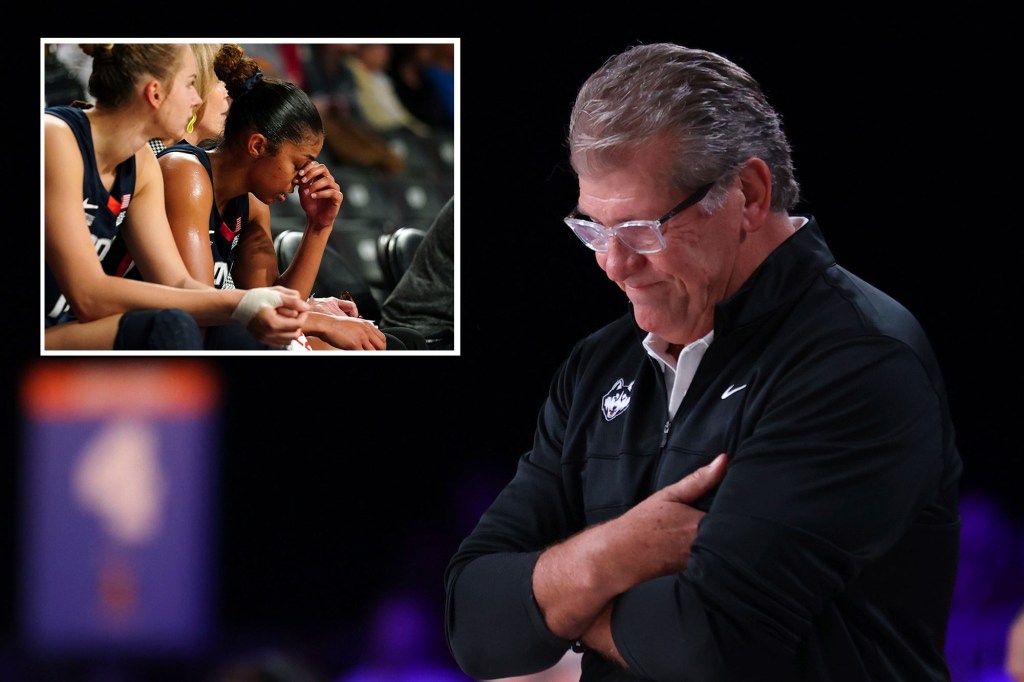 The Huskies’ current issues seem to be serious. Star point guard Paige Bueckers is out for up to two months with an injury. They just lost to an unranked opponent for the first time since Feb. 18, 2012 — and by double digits, as Georgia Tech beat them 57-44 on Thursday night.

The Huskies haven’t won a national title since 2016 and, after this loss, they’re 5-2 on the year. Thursday was the first time since 2006 that UConn has scored less than 45 points in a game.

“You’re always told that if you work hard, play good defense, rebound the ball, you have a chance to win the game,” Auriemma said. “But it’s not going to win the game for you. You’ve still got to score. You still have to be organized. We’re disorganized. That’s the biggest thing I can tell you. We’re a disorganized group right now, from the coaching on down.”

UConn still has enough talent that it should be one of the best teams in the nation. But Auriemma seems skeptical that they can compete for a title — the only achievement the program measures itself by.

“I’ve been doing this a long, long time,” Auriemma said. “I know coaches are supposed to be optimistic, eternal optimists. But I’m too old to be optimist.

“I’m a realist. I truly believe what I see.”

And right now, he’s seeing issues that he doesn’t think can be fixed.