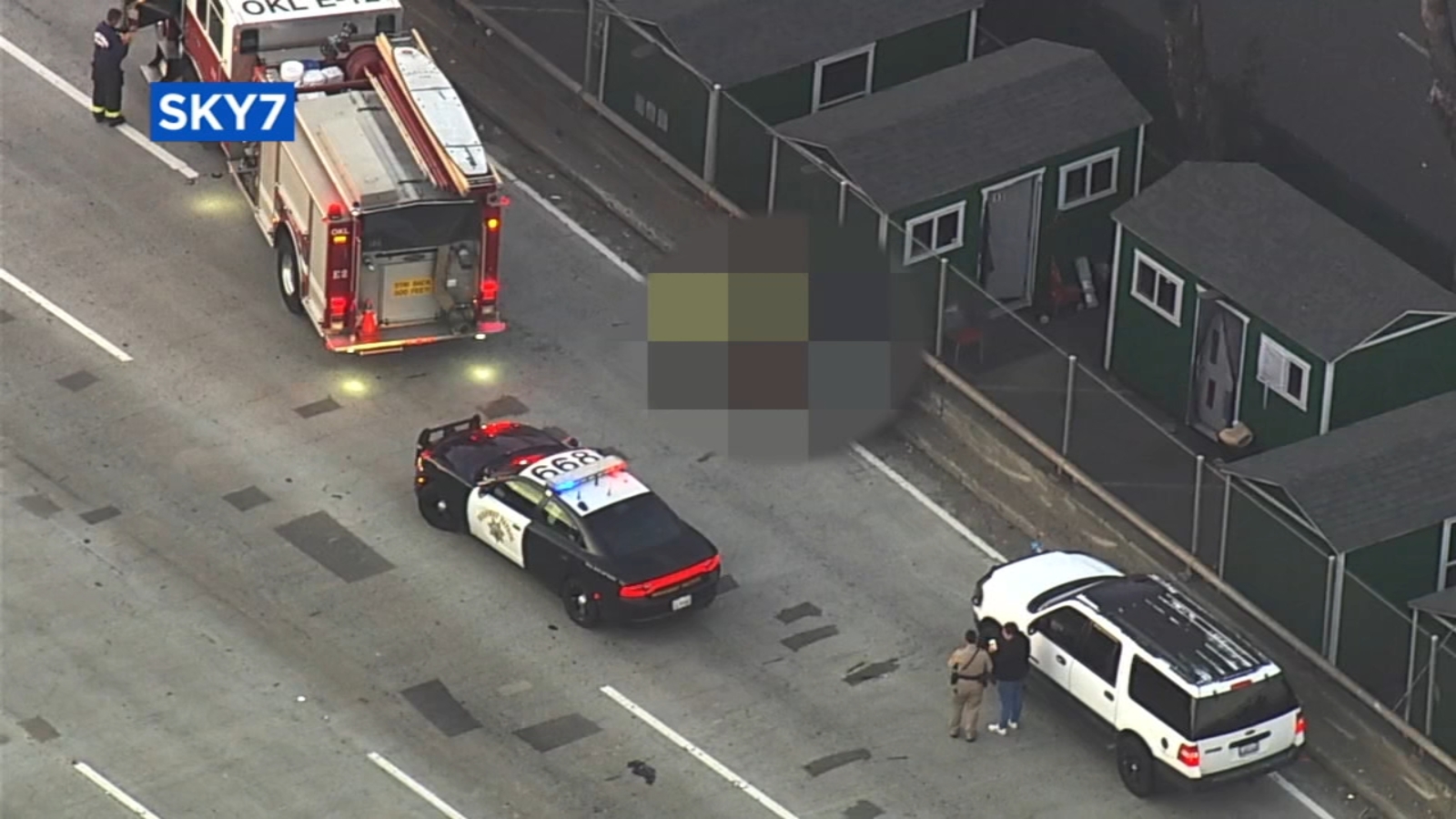 OAKLAND, Calif. (KGO) — A victim has been identified in the fatal shooting that shut down northbound interstate 880 in Oakland on Friday.

Multiple sources, including friends of the victims, tell ABC7 News that Gene Ransom of Oakland was the driver who was shot and killed while driving on the freeway.

Police initially responded to a crash on north of Oak St. yesterday. Authorities then found the victim was also shot. Ransom passed away at the scene.

Sources say Ransom played for the U.C. Berkeley basketball team in the 1970s, and was inducted to the Hall of Fame in 2001, according to the university’s website.

This is the second fatal highway shooting of the year in Oakland. In the last nine months, there have been five fatal shootings on Oakland freeways.

Stay with ABC7 News on any new developments.

Previous story down below

California Highway Patrol says it is investigating a fatal shooting that shut down northbound Interstate 880 in Oakland Friday night.

When they arrived, they found a male, who was the only person in the car, had been shot.

This is the second fatal highway shooting of the year in Oakland. In the last nine months, there have been five fatal shootings on Oakland freeways.

RELATED: 4 fatal freeway shootings that occurred in Oakland since May remain unsolved

It appears, CHP says, that after being struck by gunfire, he veered to the right, hit a guard rail and came to a stop.

The victim was pronounced dead at the scene.

All northbound lanes at Broadway are closed. Traffic is being diverted off the freeway at Oak Street then back onto I-880 at Jackson Street, according to California Highway Patrol.

RELATED: 23-month-old boy killed by stray bullet on highway while sleeping in car seat in Oakland

“We need to step up our efforts and work with our police departments along the 880 corridor and work with CHP closely to really track down who is doing this,” said Kalb.

Hercules City Councilmember Dan Romero was the first city leader in Contra Costa County to search for solutions and push for highways cameras.

He is suggesting the same for Oakland.

“At this point how many people have to die?” said Romero and added, “Take action. The action would be to sign a letter with the request to the state of California. The department of transportation. The state is seating on what? Over $40 billion dollars of reserves and a surplus.”

The freeways are the responsibility of the California State Transportation Agency.

“If the state government wants to put certain kind of surveillance cameras on our state highways and they are shown to be something that can solve violent crimes, then that’s fine. We should try it out for a while and see how it works,” said Kalb.

Detectives assigned to CHP’s Golden Gate Division are leading the investigation into Friday night’s shooting and is asking the public to come forward with any details they may have surrounding this incident. Anyone with information on the incident can call the CHP Investigation Tip Line at (707) 917-4491.