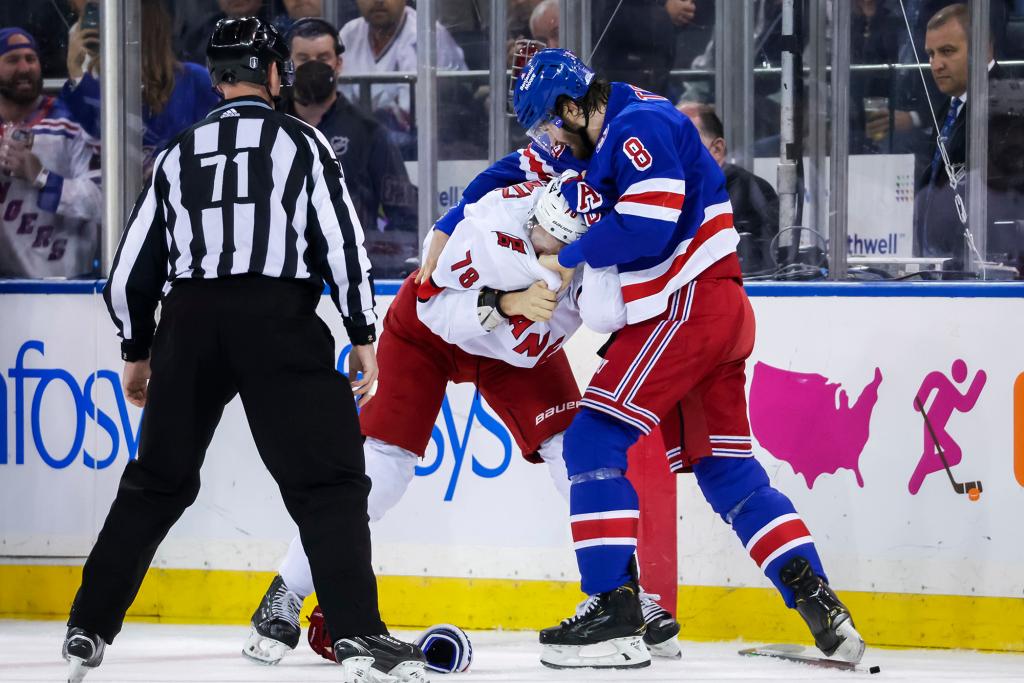 You’re going to hear a lot about trends ahead of Game 7 between the Carolina Hurricanes and New York Rangers.

Carolina is now famously 7-0 at home and 0-6 on the road this postseason. With their win on Saturday night, the Rangers have moved to 4-0 in elimination games. And while those stats make for decent fodder and easy column inches, bettors should go a little deeper to try and make sense of what is going on in this bizarre series.

One trend that does seem worth acting on is that the Hurricanes have played a much tighter, more disciplined style of hockey at home, where they can get the matchups they want with the benefit of having the last change.

Goals have already been hard to come by in this series and Game 7s are notoriously low-scoring, so it would be a surprise if we saw either team run away with a win on Monday night.

All the right ingredients for an overtime in Game 7 at plus money.

The play: Rangers-Hurricanes will there be overtime? Yes (+320)