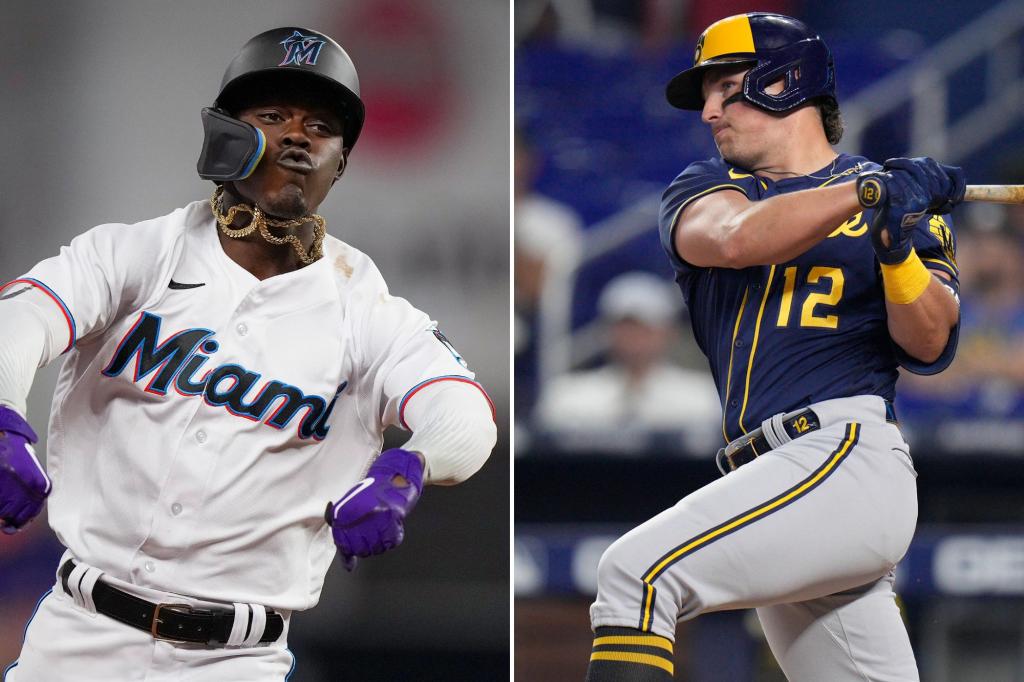 It’s the best day of the week for baseball betting: Dinger Tuesday.

For novice bettors or those who haven’t dabbled in MLB wagering, FanDuel’s $5 Dinger Tuesday is a thrilling weekly promotion that rewards you for “To Hit a Home Run” bets, even if the guy you pick doesn’t go yard. How it works: bet up to $25 on a player to hit a dinger, and for every other home run that is hit in that game, you get $5 of free bets.

Make sure to go to the promos page and opt-in before placing any wagers.

Essentially, if you bet on a player in a game where five home runs are hit, you get your entire stake back in free bets. Plus, if your guy does hit a dinger, you A) win the payout and B) still get the free bets for additional home runs hit in that game. If your guy goes yard on a $25 stake at +400 and three other players hit homers, you win $100, while also winning $15 in free wagers. You get one potentially risk-free wager per game and can choose to play one matchup on the slate, all of them, or anywhere in between. This promotion is available for all users, only on FanDuel.

If you’re not signed up for FanDuel yet, click the link above and enjoy $200 of free bets in addition to your Dinger Tuesday winnings (just make sure you place the $5 bet on something else before you make your home run bets).

Generally, you want to target games in hitter-friendly ballparks with pitchers prone to giving up long balls, to raise your floor and make it likely you’ll win free bets even if the guy you pick doesn’t go yard. But the real payout comes when your guy does hit a dinger, so it’s still vital to make the right picks. With that said, here are some of the best plays for Tuesday, June 21. All lines are courtesy of FanDuel and reflective of the time of writing.

Lefty-righty splits are among the most important thing to factor in when determining home run bets, and there is perhaps not a player with a more drastic split in that department than Chisholm. In 2022, Chisholm is hitting a miserable .097/.147/.161 against lefties – but a robust .268/.342/.583 against righties. All 13 of his homers this season have come against right-handed pitchers.

Luckily for him – and us – the Marlins face a righty tonight in Ryan Feltner, who has given up four homers against lefties in 57 batters faced. Marlins Park is only mediocre when it comes to park factor, but there are three other players in this game in the top 55 of my home run probability model (CJ Cron, Jorge Soler and Charlie Blackmon), and the pitching matchup between Feltner and Daniel Castano is middling at best.

In my aforementioned home run probability model, I weigh 2022 home runs per plate appearance against underlying factors such as launch angle, barrel percentage, and hard-hit rate. Renfroe grades out at 12th overall and 10th in home runs per at-bat in the majors. The main reason he is only being tied for 22nd in dingers on the season is plate appearances (only 209 so far this year).

Part of that is due to a hamstring injury suffered in May, while another part has to do with the fact that he often hits fifth in the order, which may cost him an at-bat (and a chance to hit a dinger). But Renfroe has been red hot of late, with hits in his last six games and three long balls in the past four. He hits for slightly more power against lefties, but righty Jack Flaherty is expected to be on a pitch count in his second start back from injury, and American Family Field has averaged the sixth-most homers of any park since 2020, per Baseball Savant.

Tuesday’s matchup with the Royals features two starting pitchers (Jonathan Heasley and Reid Detmers) in the bottom half of the league in several Statcast metrics. That said, the Angels hit way more home runs than the Royals, so you’ll want to target an LA hitter.

Mike Trout seemingly goes yard every night, but his line is only +205. Shohei Ohtani is an improvement at +275, but he hasn’t mashed to the same extent in 2022 as he did last year. Why not Jared Walsh, who has the same number of dingers against righties as Ohtani, but with much better juice? Heasley has given up five homers to lefties in 16.1 innings, and Walsh has hit the ball hard recently.

Want to bet on the MLB?

If the Reds (or Rockies) have the most dinger-happy stadium, Oriole Park at Camden Yards is certainly near the top of the list. For one, the Orioles play there, who can’t pitch and give up a ton of long balls themselves. But their lineup includes some sluggers, including Ryan Mountcastle (who came through last Dinger Tuesday) and Anthony Santander, who has three homers in his last five games.

Both starting pitchers in this matchup (Erick Fedde and Jordan Lyles) get hit hard by lefties, leaving Santander and Juan Soto as the best options here. Soto is easily the better player but doesn’t hit a ton of homers and comes in 52nd in my home run probability model, while Santander is 25th. At a better price, Santander is the pick.