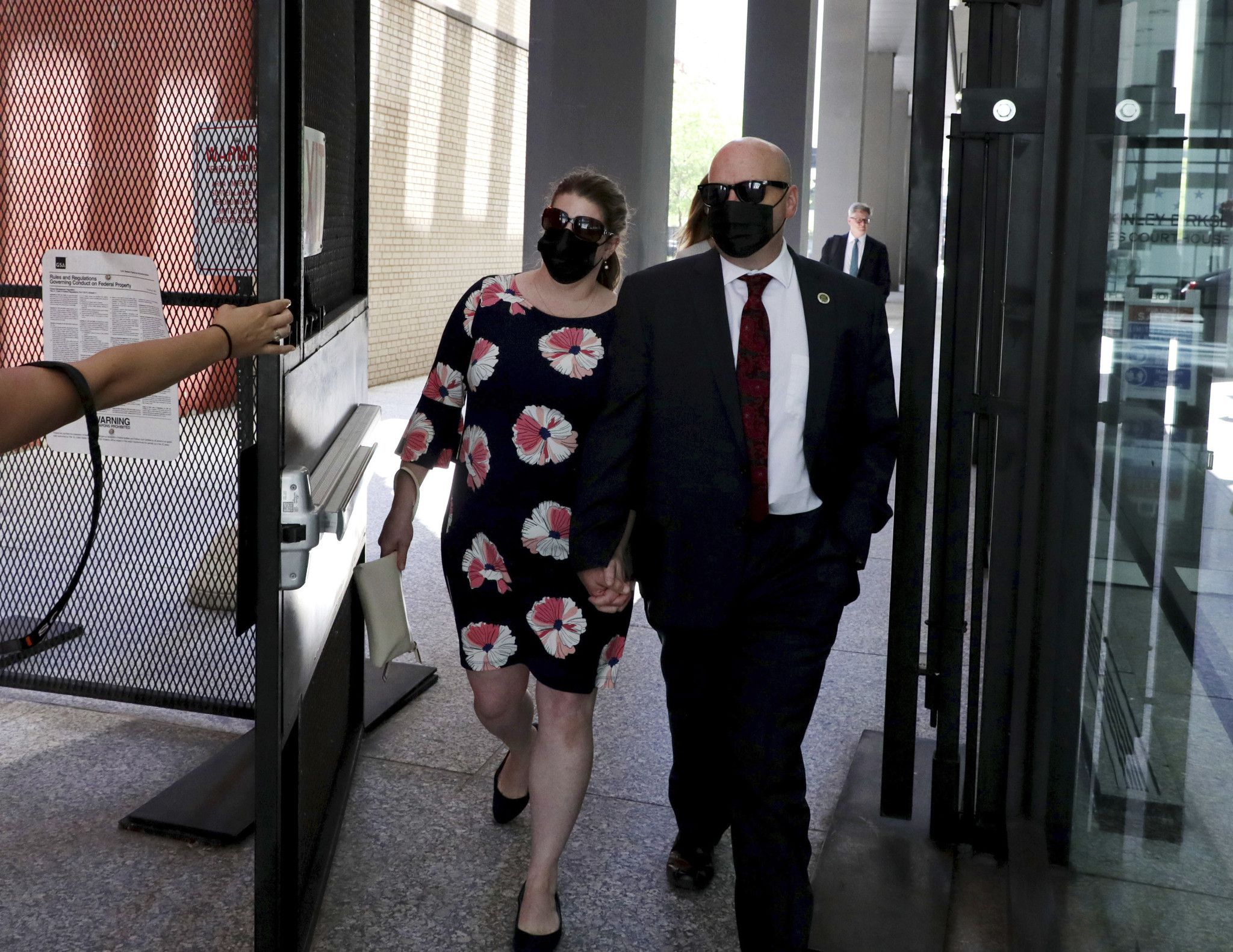 Former state Sen. Thomas Cullerton was sentenced Tuesday to a year in federal prison for pocketing more than a quarter of a million dollars in salary and benefits from the Teamsters union despite doing little or no work.

In rejecting a defense request for probation, U.S. District Judge Robert Gettleman said people are tired of the “depressing” amount of public corruption and that he had to send a message to other elected officials that breaching the public trust won’t be tolerated.

“It’s hard for me to say this to you, but I have to: You broke the trust of the people that elected you,” Gettleman said. “…We trust our public officials to be honest and not to cheat. Becoming a ghost payroller was the worst decision you ever made in your life. So there has to be a consequence to that.”

Before the sentence was handed down, Cullerton apologized to the court, his family, his constituents and his former colleagues at the Teamsters.

“I’m not going to say I didn’t take advantage of the situation, I did,” Cullerton said, reading from written remarks and pausing at times to clear his throat and sniff back tears. “I can’t take back what I did, nor can I apologize enough.”

Cullerton, 52, a Democrat from Villa Park, pleaded guilty to embezzlement in March, two weeks after abruptly resigning from office. Prosecutors have asked for a sentence of up to 18 months in prison, while his attorneys requested a period of probation.

Cullerton’s sentencing marked the first time he’s appeared at the Dirksen U.S. Courthouse since his arraignment nearly three years ago, before the pandemic.

Cullerton is one of eight former members of the Illinois General Assembly to be charged with federal crimes during that stretch, culminating with the March indictment of ex-House Speaker Michael Madigan on racketeering charges. Madigan has pleaded not guilty.

Link, meanwhile, has pleaded guilty to unrelated tax charges and is awaiting sentencing. His former colleague in the Senate, Martin Sandoval, was convicted of taking bribes from a red-light camera company executive, but died of COVID-19 complications before he was sentenced.

Also convicted was former state Rep. Edward Acevedo, who pleaded guilty to failing to file tax returns and was sentenced to six months in prison, and John O’Sullivan, a onetime state representative who pleaded guilty to bribery conspiracy in the same red-light camera probe that ensnared Sandoval. O’Sullivan is awaiting sentencing.

A seventh former legislator, state Rep. Annazette Collins, has pleaded not guilty to charges she lied on her personal income taxes and failed to file tax returns for her lobbying and consulting firm.

In asking Gettleman to sentence Cullerton to up to a year and a half in prison, prosecutors said in a court filing earlier this month that former Teamsters boss John Coli Sr. told investigators he’d hired Cullerton to his do-nothing position “as a favor to Senator A, at Senator A’s request.”

“Coli knew it was wrong to pay Cullerton because he was a ghost payroller,” assistant U.S. attorneys Amarjeet Bhachu and Erika Csicsila wrote. “Only when Coli became concerned that the Independent Review Board, an investigative body within the International Brotherhood of Teamsters, would find out Cullerton was a ghost payroller, did he give the order for Cullerton to be fired.”

The state senator who gave the recommendation was not named in the filing.

The prosecution memo also revealed for the first time that after he was fired by Coli, Cullerton “went on to get another do-nothing job” with a video gaming company that made him the company’s only salaried salesman, working first for $1,000 a week, which was later doubled to $2,000 a week.

Cullerton’s attorneys, meanwhile, asked Gettleman for a sentence of probation, writing in a court filing of their own that while he understands the “public scorn” surrounding the high-profile case, he’s “committed to making things right with the Teamsters and working hard for his family and community.”

“He will forever bear the stigma, public embarrassment, and financial and other costs associated with this felony conviction,” attorney Daniel Collins wrote.

Collins said that Cullerton “understood that he was not meeting the expectations of the job” and should have resigned once he realized how difficult it would be to balance the added duties with his roles as a legislator and father.

“His decision not to resign right then and there will haunt him the rest of his life,” Collins wrote.

According to the indictment, Coli conspired with Cullerton in 2013 to give the newly elected senator a job as an organizer, ostensibly to attract new membership through campaigns, supporting union picket lines and attending union events.

Over the next three years, the two ignored complaints from supervisors when Cullerton failed to even show up for work, putting him effectively on “permanent vacation,” according to prosecutors. Cullerton, as well as others in the union, clearly understood that he could get away with being paid without working “simply because he was an elected official,” prosecutors wrote in their sentencing filing.

In all, Cullerton was accused of fraudulently obtaining nearly $250,000 in salary, bonuses and other perks from the Teamsters between 2013 and 2016, including cellphone and vehicle allowances as well as health and pension contributions, according to prosecutors.

Cullerton used the payments for personal expenses, including his mortgage, utilities and groceries, according to his plea.

The charges against Cullerton came three days after Coli pleaded guilty to extortion charges and agreed to cooperate with federal authorities. According to his plea agreement, Coli extorted a total of $325,000 from Alex Pissios, president of Cinespace Chicago Film Studios on the West Side, by threatening a union work stoppage.

With his cooperation against Cullerton now complete, Coli’s sentencing has been set for Oct. 26.

Cullerton, who previously was village president of Villa Park, is a member of Chicago’s longest-running political dynasty and was first elected to the state Senate in 2012. He is a distant cousin of former Senate President John Cullerton, who stepped down abruptly in 2020.