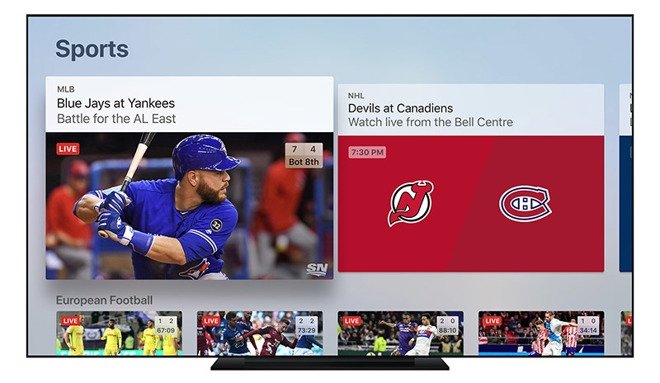 Discovered by 9to5Mac in iOS releases dating back to iOS 15.2, “SportsKit” is a new framework for iOS and tvOS apps that currently connects to Siri, the Apple TV app and home screen widgets.

Not much is known about “SportsKit” beyond its presence in developer betas, though the publication was able to suss out a capability that enables a home screen widget to display sports scores and updates in real time. Siri has for years supported box scores and the new framework could expand those interactions into new areas of iOS, the report said.

As a private framework, general developers are unable to access “SportsKit.” That should come as no surprise considering the tightly controlled world of sports media. What is interesting, however, is that Apple is investing in sports-centric operating system tools, a move that suggests partnerships with major rights holders are in the works.

Rumors of Apple’s supposed ambitions in the sports space have circulated for years, but the tech giant has yet to announce a flagship product offering. In 2020, the tech giant was said to be pursuing a live streaming deal with the Pac-12 Conference, while separate reports more recently claimed the company is in talks to acquire rights to NFL Sunday Ticket.

Potentially working on those deals is James DeLorenzo, Amazon’s former sports content chief who was poached by Apple last year.