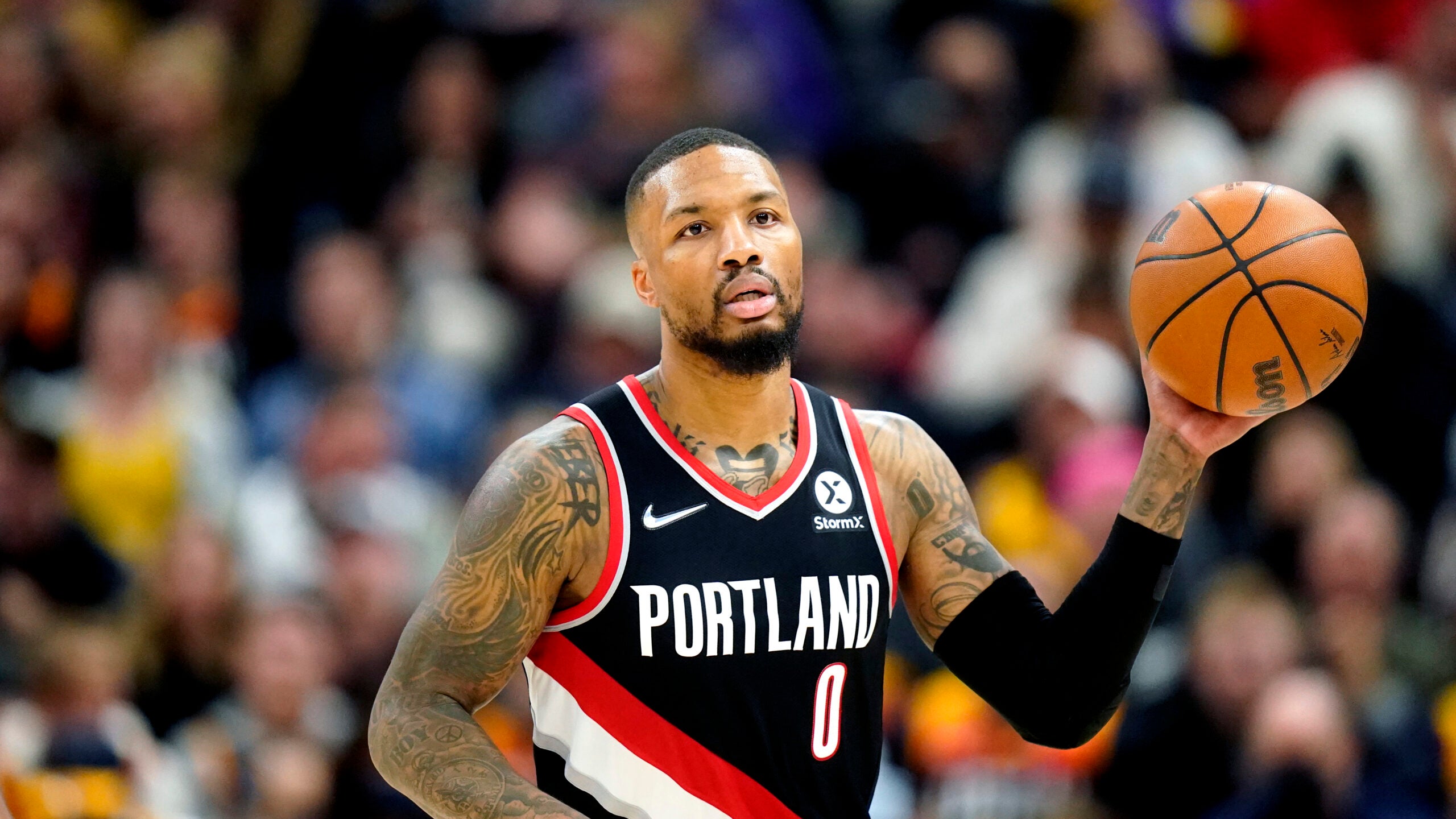 The five-time All-Star’s future in Portland is in question after the Trail Blazers recently fired longtime general manager Neil Olshey following an investigation of his conduct at work and the team’s underwhelming start to the season.

If Lillard is made available for trade, several teams would probably inquire – likely making the cost to get Lillard steep.

At first glance, you notice that the Celtics don’t have to give up Jayson Tatum or Jaylen Brown in this proposal. It’s been speculated recently that if the Celtics want to trade for a star, they’d likely have to depart with Brown.

They also wouldn’t have to give up starting point guard and fan favorite Marcus Smart or starting center Robert Williams. That might be because both players are currently ineligible to be traded after signing contract extensions over the offseason, but both will become trade eligible by February’s trade deadline.

But if they aren’t giving up any premier talent or young players with star potential, that means they’ll have to give up a lot of draft picks. In this proposal, the Celtics give up every first-round pick they can under the Stepien Rule.

The Celtics would also give up second-year players in Nesmith and Pritchard who both showed promise as rookies but have struggled to crack the rotation this season. The biggest names the Celtics would give up are Horford and Schroder, with the former playing a key role in Boston’s top 10 defense and the latter scoring 17.6 points per game this season.

ESPN NBA analyst Kevin Pelton made the case why the trade could work for the Celtics and the Blazers.

“From Portland’s standpoint, this deal makes the most sense as the start of a full-scale rebuild,” Pelton wrote. “Although the Blazers get a pair of 2020 first-round picks in Nesmith and Pritchard, the latter returning to his hometown after scoring 19 points in 18 minutes in Saturday’s blowout win in Portland, the bulk of the value of this trade is in up to four first-round picks over the next seven years. At least one of those would come beyond the scope of Lillard’s current contract.

“Additionally, the Blazers would create huge cap flexibility to use in future moves. Horford’s $26.5 million salary for 2022-23 is guaranteed for just $14.5 million, while Hernangomez’s $7.5 million salary is fully non-guaranteed and Schroder’s contract expires.

“Dealing so many picks would be a huge risk for the Celtics, but Lillard would be the kind of playmaker they haven’t had at point guard since Kyrie Irving’s departure, and Lillard’s long-term contract protects them from another star leaving in free agency.”

Pelton also mentions that in order to make up for losing Horford’s size, the Celtics could expand the trade and include guard Josh Richardson to get forward Larry Nance.

Sitting at 13-13, the Celtics need some sort of spark if they want to contend for one of the top spots in the Eastern Conference, whether that means just getting Brown back healthy or making a minor trade. The ESPN trade proposal for Lillard would give the Celtics a clear third star and would lessen the offensive burden Tatum’s been tasked with the last couple seasons.

While the Celtics wouldn’t have to give up much from their current team in this proposal, the big question they’d have to answer is if it’s worth mortgaging the future for a 31-year-old All-Star point guard.