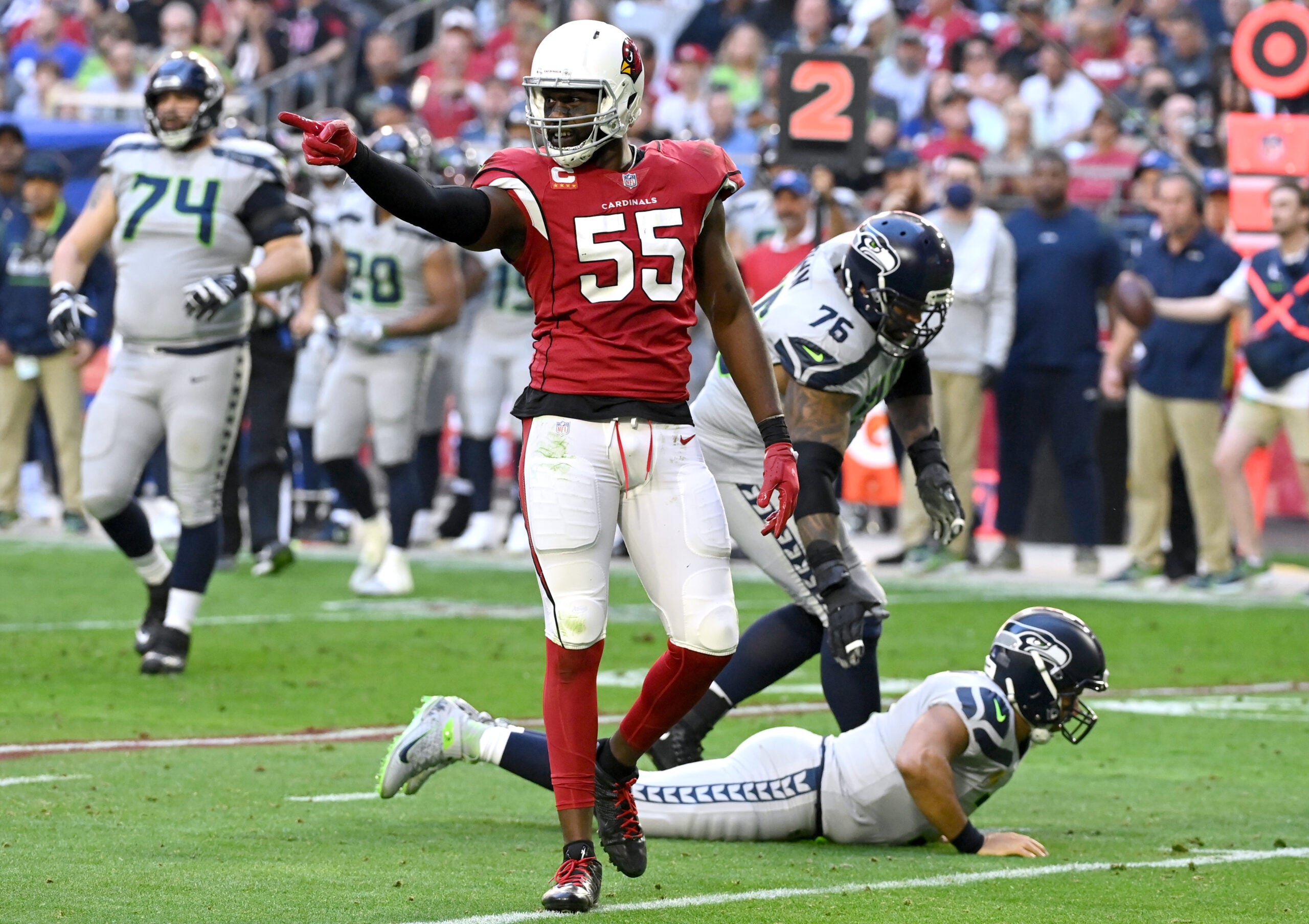 Last season, Bill Belichick and the Patriots showed they weren’t afraid to spend money and bring in trusty veteran free agents, like Kyle Van Noy and Jamie Collins, to run his schemes.

Might they go back to that well in Year 2 with an old friend who’s become a star?

“At this stage, Jones — who turns 32 this month — has good reason to seek a contending team. New England showed a willingness to spend big in last year’s free agency, and it can use its familiarity with Jones’ game to pair him with Matthew Judon off the edge. Jones could also serve as a hybrid weapon for the Patriots,” wrote Fowler.

Jones, who will turn 32 later this month, has become one of the most productive edge rushers in the league since breaking out for 12.5 sacks in his final year with the Patriots. He has reached double-digit sacks in six of his last seven seasons, with the only exception being a 2020 campaign in which he landed on IR with a season-ending biceps injury.

It’s not hard to see how that kind of pass-rushing acumen could help a Patriots team that couldn’t generate pressure on opposing quarterbacks at the end of the 2021 season.

“At this stage of his career, Jones fits best in a heavily schemed front, which he will get with Bill Belichick in New England,” added Bowen. “And the Patriots need another pass-rusher opposite of Judon who can be deployed from multiple alignments.”

To Bowen’s point, Jones’s ability to slide from his edge position inside to occasionally rush from the inside could make him a dangerous addition alongside Judon, whom the Patriots schemed matchups for last year as well.

However, Jones, like Judon and the rest of the New England defense, faded down the stretch last season, registering just one sack in the Cardinals’ last five games That’s not a great sign for a soon-to-be 32-year-old, no matter how good he’s been in the past. Signing Jones, as good as he’s been, certainly doesn’t accomplish the team’s goal of getting younger and faster on defense.

Then, there’s the cost: Pro Football Focus projects a two-year, $33.25 million deal for the veteran edge defender, which amounts to $16.75 million annually and includes about $24 million in guaranteed money. While the Patriots could find a way to afford that with a couple of cuts and roster moves, that doesn’t seem like a wise allocation of resources, especially with Van Noy already in the fold.

Jones might indeed be a good scheme fit for the Patriots in free agent on the field. He just might not be a good financial or practical fit for what New England has to do to make a playoff run next year.