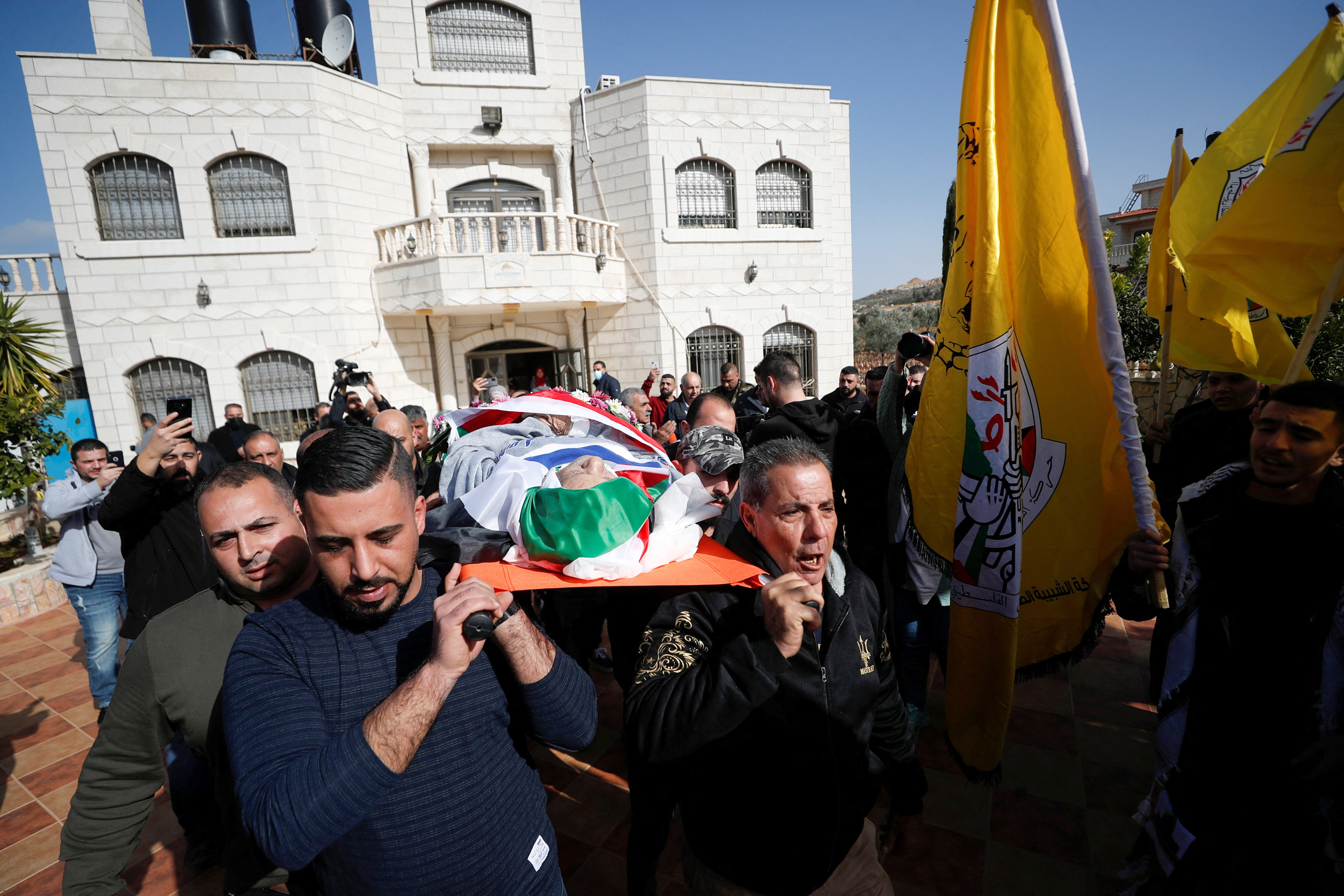 An 80-year-old Palestinian American man was found dead Wednesday after being detained during an Israeli raid on an occupied West Bank village, sparking calls from the United States and United Nations officials for a “thorough investigation.”

State Department spokesperson Ned Price said the U.S. had sought answers from Israel over the death of Omar Abdalmajeed As’ad, who he said was an American citizen.

“We’ve … been in touch with the government of Israel to seek clarification about this incident,” he said at a news conference, adding that the Israeli Defense Forces indicated there was an “ongoing investigation” into the matter.

“We support a thorough investigation into the circumstances of this incident,” Price said.

He said the U.S. had also been in touch with As’ad’s family “to express our condolences about this tragedy.” He said the U.S. would be providing “all appropriate consular assistance” to them.

As’ad’s body was found in Jiljilya early in the morning with a plastic zip tie still around one of his wrists, Reuters reported. The news agency said it had spoken to local residents, including a doctor who was involved in trying to resuscitate him.

Village council head Fouad Qattoum told Reuters that As’ad was heading back home after visiting relatives when Israeli soldiers stopped his car, bound him, blindfolded him and led him to a building that was still under construction.

The Israeli military said in a statement it had carried out an overnight operation in the village aimed at thwarting “terrorist activity.” A Palestinian had been “apprehended after resisting a check,” the statement added.

The Israeli military said the individual had been released later that night and was alive when soldiers released him. The military did not identify As’ad by name in its release, but confirmed that he was the individual detained.

As’ad had previously lived in Milwaukee. He lived in the U.S. for decades before returning to the West Bank 10 years ago, his brother told Reuters.

According to the news agency, As’ad’s family delayed his funeral until Thursday to allow a post-mortem to take place, with photos showing dozens of mourners gathered to pay their respects.

In a Facebook post Wednesday, Palestinian Prime Minister Mohammad Shtayyeh blamed Israeli forces for the 80-year-old’s death, branding the incident a crime. The Palestinian Authority, which administers pockets of the occupied West Bank, and the Palestinian Ministry of Health did not immediately respond to NBC News’ requests for comment.

The Israeli military regularly carries out operations in the West Bank.

As’ad’s death comes amid growing tensions in the area, which Israel captured from Jordan in the 1967 Mideast War, but which Palestinians want to form part of a future Palestinian state.

Last month, the United Nations Mideast peace envoy issued a warning about the rising tensions after Palestinian gunmen killed an Israeli in the occupied West Bank, with Jewish settlers accused of attacking Arab villages in the wake of the incident.

“These tragic incidents, and numerous others in recent weeks, highlight the volatility of the current situation,” Tor Wennesland, the U.N. special coordinator for the Middle East peace process, said.

He also called for a probe into Wednesday’s incident, writing in a tweet: “My deepest condolences to the family of Omar Asaad — the elderly #Palestinian man who died yesterday, Wednesday, in the context of an apparent arrest by #Israeli security forces. I call for a swift, thorough & transparent investigation.”

Chantal Da Silva is a breaking news editor for NBC News Digital based in London.