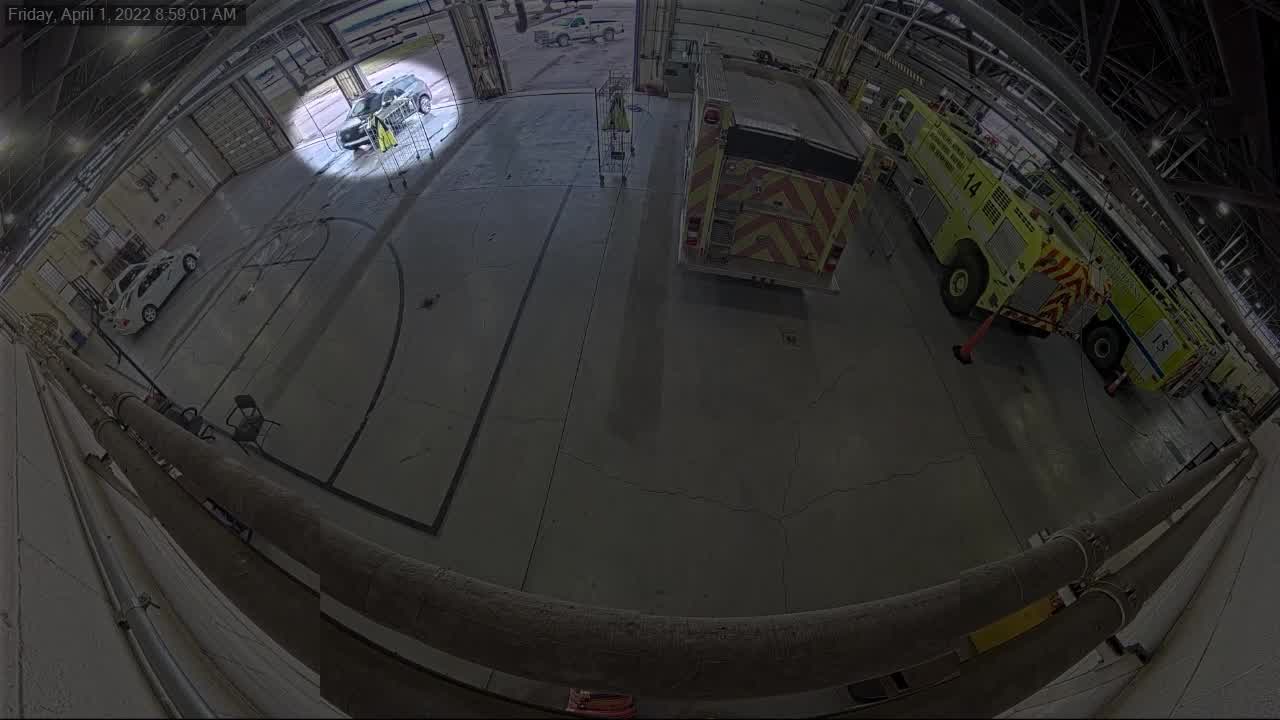 CLEVELAND (WJW) – Video just released to the FOX 8 I-Team shows a wild scene after a driver crashed through a fence at Hopkins Airport.

The incident happened on April 1. Hopkins Airport security video shows a driver barreling through a gate and fence while never slowing down.

The video just released shows an SUV then continuing far out into a section of the airport off-limits to the general public.

An airport vehicle starts to follow the SUV and the driver continues to go right inside an airport fire station. A man then gets out of the vehicle and starts to run, but he gets tackled.

An officer can be heard saying, “Roll over.”

The driver responds with, “I’m not doing nothing.”

You hear the command again, “Roll over, man. Roll over.”

But, the response that time is simply delirious laughter.

Even after the situation at the fire station had calmed down, first responders could be heard saying to each other, “He drove here. He drove into the station,” and, “He drove right through the door.”

We also checked the suspect’s driving record. It showed no violations since 2019. Otherwise, we saw about 10 cases for things like speeding and having no driver’s license or seatbelt.

A tow truck operator also can be heard at the scene in disbelief.

The two truck operator said to a police officer, “He hit someone?”

The officer then points to the gate and fence,  No, right there. He drove through it.”

The day of the incident, Cleveland Police said they took the driver for a mental health evaluation.

Now, he faces charges. Records show he is pleading not guilty. Now, he may have to explain it all to a judge.