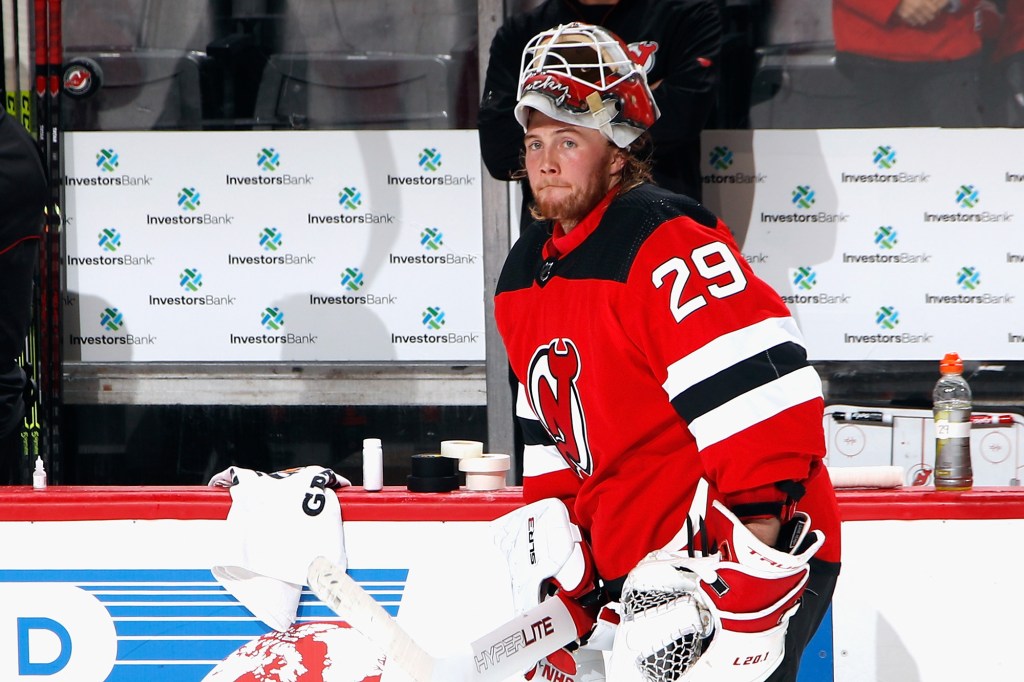 Devils goaltender Mackenzie Blackwood has received his first COVID-19 shot, according to The Athletic, beginning a process that will let him play games in Canada and see onerous protocols lifted once he’s two weeks past his second dose.

Blackwood had said in September that he had “a couple health concerns, reasons why I’m working through it a little bit slower,” when asked his reason for not getting it.

Since Blackwood is reportedly under consideration for an Olympic call-up to Team Canada, he would have needed to get the jab to go to Beijing for the 2022 Games. As it stands, he’ll be under the NHL’s unvaccinated protocols until two weeks after his second shot. The Devils’ first game across the border is Dec. 3 in Winnipeg.

Four NHLers started the year unvaccinated, including Blackwood. That number, per Sportsnet’s Elliotte Friedman, is now down to one – Detroit’s Tyler Bertuzzi. Bertuzzi, who has already missed a game in Montreal because of his unvaccinated status, is the league’s early leader in goals with six.

Blackwood, who has asthma, contracted COVID-19 during last season, experiencing symptoms for several weeks. He said it took until late in the season to feel normal again.