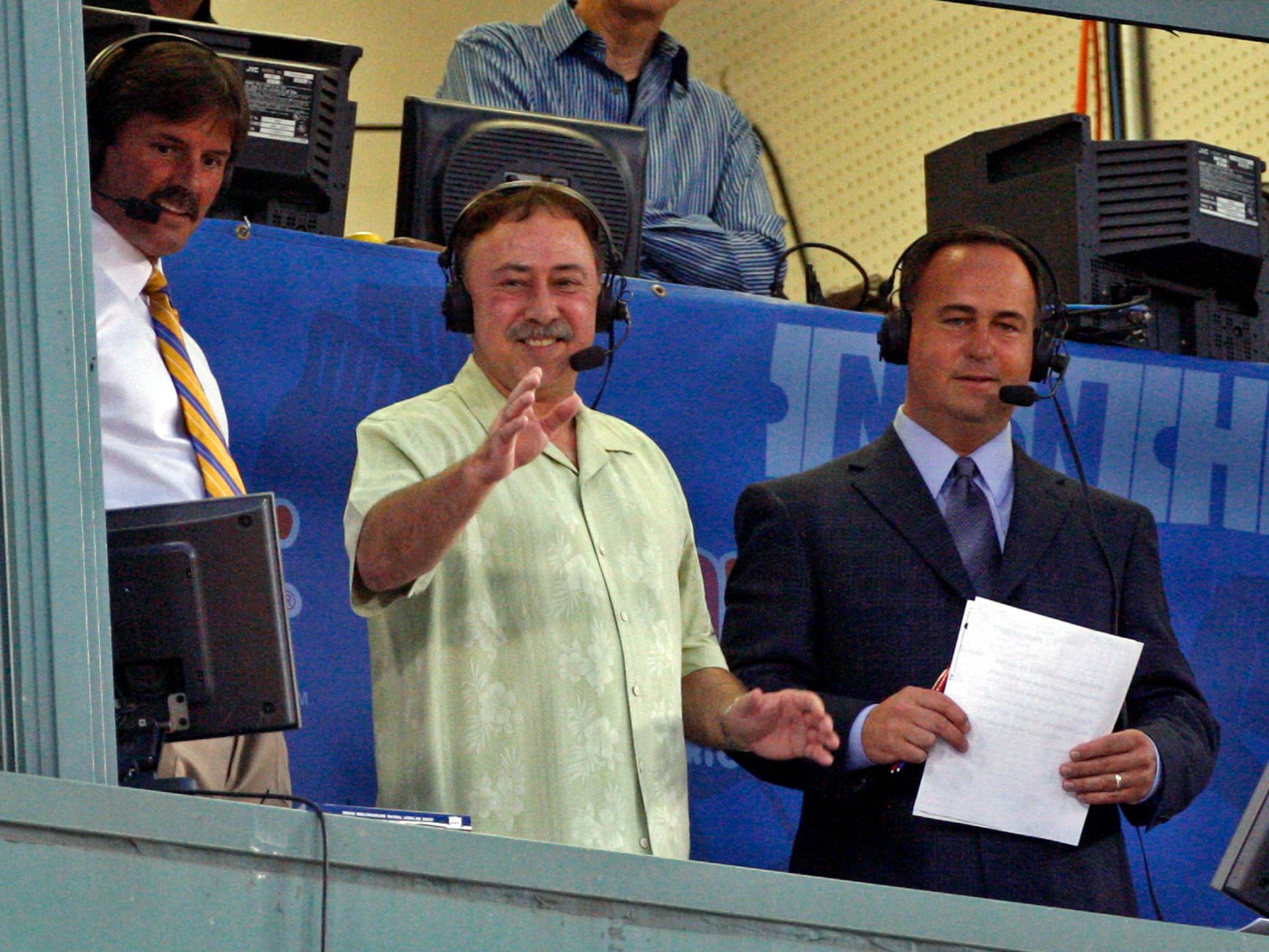 Ned Martin taught him the ropes and a grammar rule or two. Sean McDonough coined the “RemDawg” nickname and tapped into his sense of humor. Don Orsillo brought forth the most laughter as they attained almost cult-hero status with Red Sox fans.

All were entertaining, satisfying and successful. But the most recent might have been the most authentic: the three-man booth with Dave O’Brien and Dennis Eckersley.

“Man, I loved his laugh,” said Eckersley by phone Sunday morning from California, where he’s visiting his daughter and his grandchildren. “When he’d get rolling and couldn’t stop himself from laughing, you know? I tried like hell to get him to laugh just to hear it.”

Remy, who died Saturday at the age of 68, and Eckersley were teammates on some talented, unfortunate Red Sox teams from 1978-84. They knew each other well before that, having first faced each other — Eckersley the brash, hard-throwing pitcher, Remy the pesky, fearless second baseman — in the Double A Texas League in 1974.

They had worked together since Eckersley joined NESN’s lineup in 2009, but it was only over the past three years – when Remy limited his schedule and cut down his travel due to his health issues – that they found themselves in the booth at the same time more than occasionally.

That’s when their kinship became clearest, not only to viewers, but to themselves.

“I think we realized that our shared experiences really brought the best out in each other,” said Eckersley. “He just had a sense … I guess you’d call it good judgment, timing, knowing when to be funny, the whole package. We all made it work. And it started with Jerry being receptive to that.”

There were so many reasons for Red Sox fans to appreciate Remy as a broadcaster. He sounded like someone you knew, your neighbor or your uncle, and you spent so many summer nights listening to him that you felt like you did know him.

He pronounced Tigers as “Tigahs” but a certain star second baseman as “Pedroier,” his Somerset roots always there in his voice.

He had a knack for the perfect one-liner, as his hilarious commentary during an April 2007 incident when a fan was caught throwing pizza at another. (“Of course,” he said as the pizza-chucking fan was being ejected, “he’s being asked to leave the ballgame for ruining a good piece of pizza.”)

He knew just how to joke around during a forgettable game but, in the tensest moments — usually against the Yankees, of course — how to be at his incisive best.

“Oh, there’s no doubt he could have been a manager,” said O’Brien. “He wasn’t a second-guesser. He wanted to be the first to notice or say something. He liked to take a chance and take that shot and say, ‘Is this a hit and run?’ or ‘Here’s the pitch selection here’ or ‘I’m not sure about this defensive alignment.’ And when he nailed it — and he did, a lot — he got this look in his eye, such a charge out of it. He wanted to be a step ahead, and that’s how he thought about baseball.

“The other thing that separated him is that he was willing to tell stories that embarrassed him. In recent years, a lot of stories really came out. He had one great anecdote after another.”

Those stories flowed in the three-man booth with O’Brien and Eckersley, particularly during the 2020 season when they were calling games from a NESN studio in Watertown during the COVID-19 pandemic. Sometimes the candor got to a point where it almost felt like you were listening in on a private conversation. One such moment occurred late in the ‘20 season, when during a game against the Orioles Remy and Eckersley began discussing how they struggled to enjoy their playing careers as they were happening.

“People would think because I had a great career that I sit here and gloat on my career,” said Eckersley. “It’s funny, I’m left sort of always thinking of the bad stuff … It’s not like I’m sitting around thinking about bad games, but I wish I had a better sense of what I did.”

There was another even more poignant moment during that same series against the Orioles when they were discussing Trey Mancini, a Baltimore player who missed the season while receiving treatment for colon cancer. Mancini was shown with a framed photo inscribed by his teammates, a scene that touched Remy.

Remy had to take a leave of absence from the booth in early August after his lung cancer recurred again. He did not call another Red Sox game, but returned to Fenway on Oct. 5 to throw out the ceremonial first pitch before the American League Wild Card game with the Yankees.

Eckersley caught the pitch. Then he gave Remy a hug.

“My last text to him was the next morning, telling him, ‘It was a privilege to be there last night.’ And he said, ‘I’m glad it was you.’

“Imagine that,” said Eckersley, repeating the words. ‘”I’m glad it was you.’ It was a really nice feeling.”