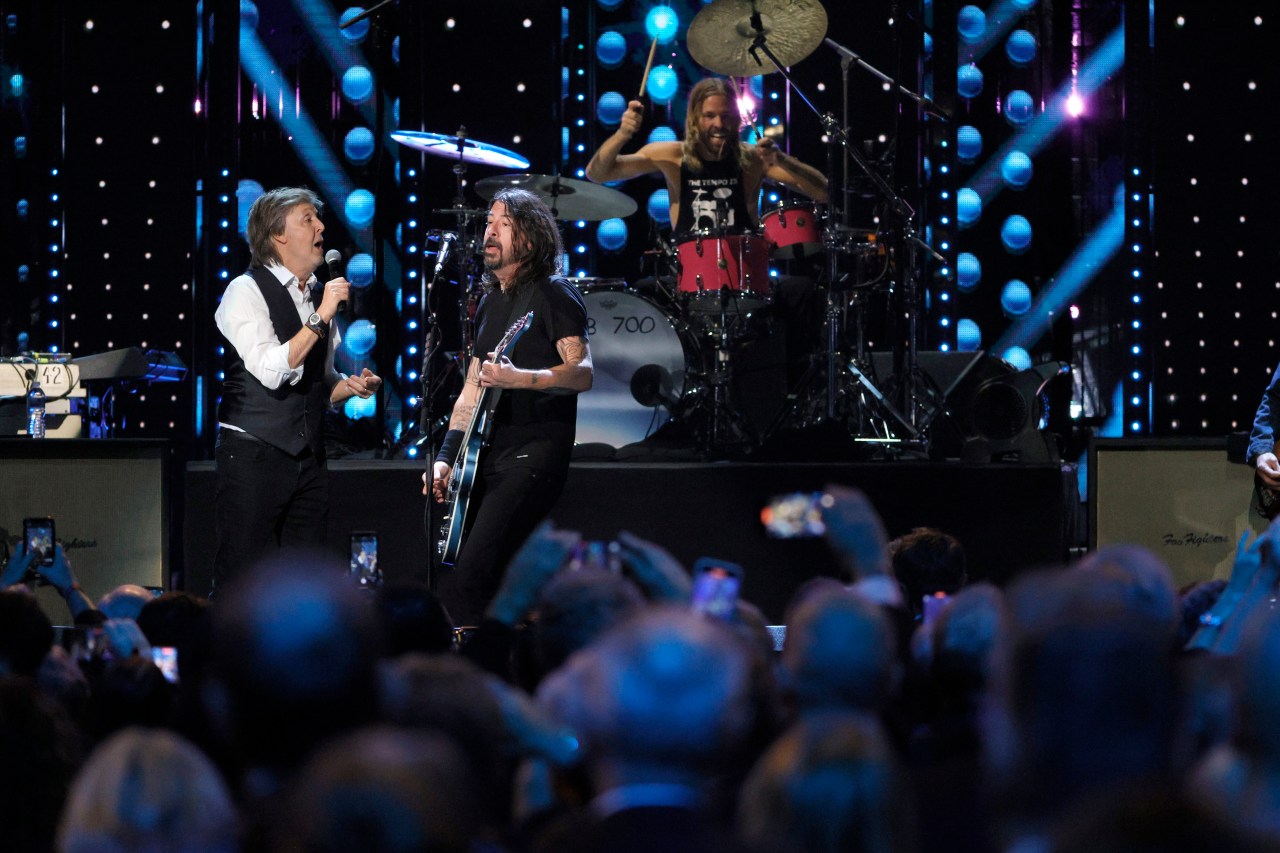 (WJW/AP) — From Nirvana, to the Foo Fighters, to the Rock and Roll Hall of Fame — twice.

Through it all, Foo Fighters frontman Dave Grohl made it clear he hasn’t forgotten his roots right here in Northeast Ohio.

Top that off with singing next to a Beatle — who inducted him.

“First of all, what’s up Ohio?,” Grohl said to a star-studded crowd at Rocket Mortgage FieldHouse Saturday. “I was born here. What about that.”

Paul McCartney inducted the Foo Fighters, which has carried the mantle as one of rock’s top arena acts. Initially, the band was little more than a side project for Grohl, who was born in Warren.

McCartney, who was inducted into the Rock Hall in 1999, described the parallels between he and Grohl as both were part of massively popular bands who broke up.

“Do you think this guy is stalking me?” McCartney joked.

McCartney said he bumped into the band in a dressing room right before the ceremony.

He also called them one of the greatest rock and roll bands in the world.

The Foo Fighters members each spoke after their induction. Grohl thanked his family and his fans.

He called McCartney his “music teacher.” And then, he shared the stage with him to close out the ceremony with the Beatles’ “Get Back.”

Earlier in the night, the Foo Fighters performed a mash-up of “Best of You” and “My Hero,” inviting the crowd to sing along before heading into “Everlong.”

After last year’s enshrinement ceremony had to be entirely virtual due to the COVID-19 pandemic, it was held in person again Saturday at Cleveland’s largest venue. All previous ceremonies were held at Public Hall Auditorium.

The ceremony will air on HBO Nov. 20.