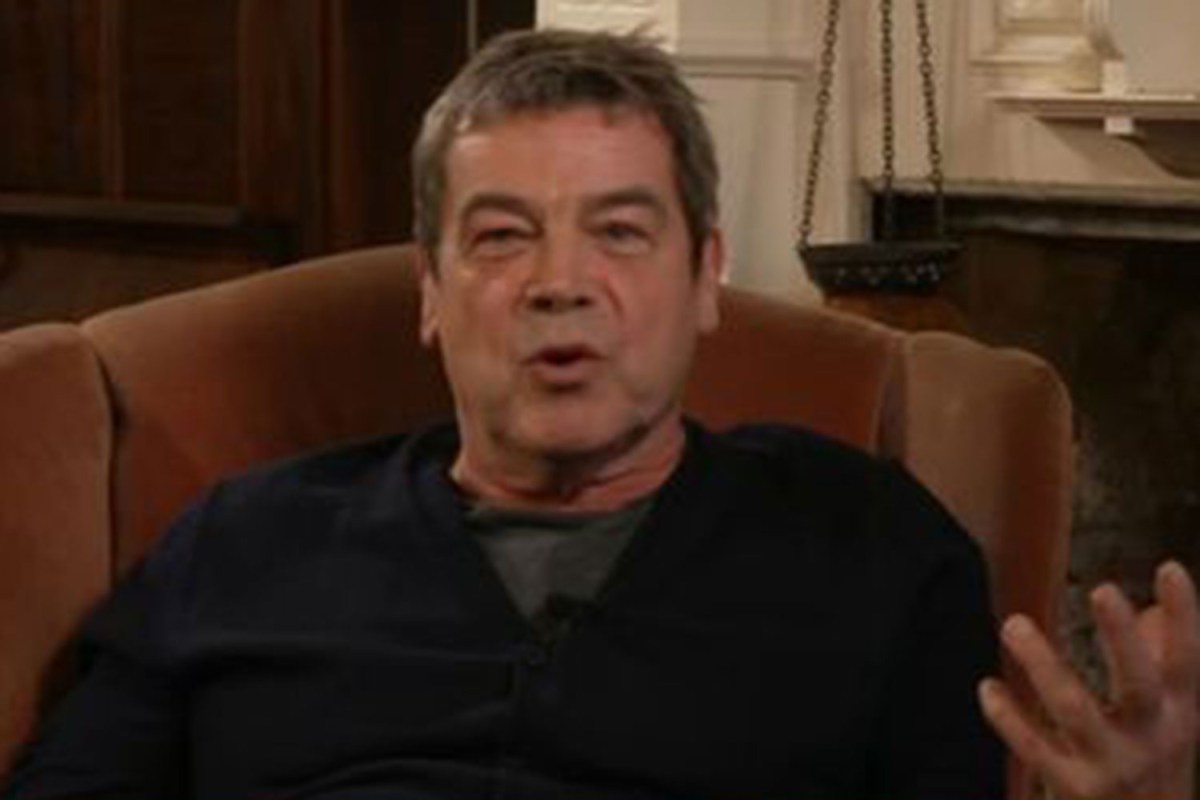 Appearing as a guest on Loose Women, the 66-year-old left viewers gobsmacked when he revealed his South East England accent.

The actor, who has also had roles in police drama series Prime Suspect and romcom film Love Actually, first hit the cobbles back in 2015.

But the former Rovers Return licensee left Weatherfield this month after he was killed off in a tragic storyline.

His southern dialect sounded totally at odds with the Manchester twang his Corrie character speaks with.

As a savage storm devastated the street, potholes started to form, forcing brave Johnny to climb underground in an effort to save factory cleaner Jenny Bradley.

In a grim twist of fate, Jenny managed to escape with the help of Shona Platt, while Johnny fell unconscious and drowned before anyone could rescue him.

After his dramatic exit from the long-running ITV soap, the star swung by the Loose Women studio to talk about what’s next on the cards.

However, viewers were far too distracted by his unexpected real accent to listen to a word he was saying.

Richard said he calls Brighton home rather than Manchester, despite being on Coronation Street for the past six years.

Fans flocked to Twitter in shock soon after he spoke, with one asking: “Wait, is Richard Hawley southern?”

A second wrote: “His voice sounds different. I wasn’t expecting that!”

And a third turned up to say: “Shame that Johnny Connor’s left Corrie – really liked the character. Surprising to hear him speak in a southeast England accent!”

The Loose Women panellists were more concerned with Richard’s post-Corrie plans though.

Richard revealed he was ready to leave his dream job, confessing the commute to work had been gruelling.

The actor volunteered for Johnny to bite the dust, and he’s now keen to get stuck into his next big project, and it’s not what fans might expect.

Richard is retraining as a volunteer at a local Forest School, where kids learn in nature.

He said: “I did a bit of work in one and they are fantastic places”.

Do you have a story for The Sun Showbiz team?