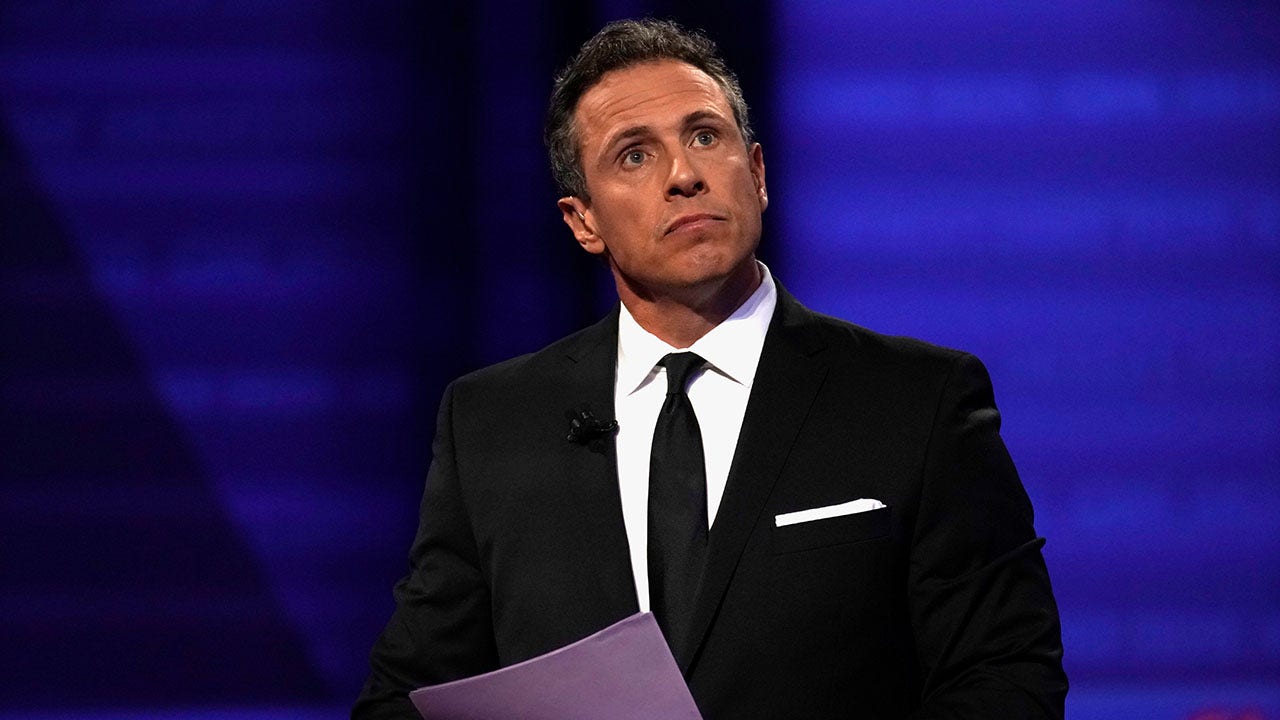 Instead of calling for CNN to part ways with the embattled “Cuomo Prime Time” host, Ross wanted him to “journalistically repent” for his behavior by using the platform of his weeknight show to discuss gender and workplace discrimination issues.

However, Cuomo has failed to do so on his nightly television program.

In a guest essay for the New York Times on Sept. 24, former ABC executive producer Shelley Ross wrote Cuomo squeezed the cheek of her buttocks without her permission in 2005 and said he could do it since she was no longer his boss.

She also produced an email where Cuomo appeared to admit to the incident and apologize for his behavior. The revelation came on the heels of Cuomo giving private political advice to his brother, former New York Gov. Andrew Cuomo, D., during his own sexual harassment scandal that ultimately forced his resignation.

Ross wrote she didn’t wish for Cuomo to be fired from CNN, but instead urged the “Cuomo Prime Time” namesake to address harassment issues on his show, which is consistently CNN’s most-watched.

“I’m not asking for Mr. Cuomo to become the next casualty in this continuing terrible story. I hope he stays at CNN forever if he chooses. I would, however, like to see him journalistically repent: agree on air to study the impact of sexism, harassment and gender bias in the workplace, including his own, and then report on it,” Ross wrote. “He could host a series of live town hall meetings, with documentary footage, produced by women with expert consultants. Call it ‘The Continuing Education of Chris Cuomo’ and make this a watershed moment instead of another stain on the career of one more powerful male news anchor.”

CNN’S CHRIS CUOMO ADDRESSES BROTHER’S RESIGNATION, DEFENDS HIS OWN CONDUCT AS ANCHOR: ‘I NEVER MISLED ANYONE’

It has been one month since Ross’ essay was published but Cuomo has declined to address any of the topics mentioned by the former ABC News producer. A search of transcripts reveals that Cuomo has not spoken her name or spoken about topics such as sexual harassment, sexism, sexual misconduct, or gender bias and inequality.

Ross did not immediately respond to a request for comment.

DePauw University professor and media critic Jeffrey McCall, an outspoken critic of CNN, doesn’t think any news organizations should have its content dictated by an outsider. However, he believed CNN needs to respond to Ross in some capacity.

“CNN and Chris Cuomo should provide some response to a public accusation, even if it is only an acknowledgement that it has been heard and it is being managed internally,” McCall told Fox News.

“Workplace sexual harassment is a topic of national importance and all news organizations should find ways to address the subject on a broad scale,” he continued. “But, the manner in which that news agenda item is addressed should be determined by the news organization itself, independent of suggestions or pressure from outside the organization.”

“CNN seems determined to sweep this accusation under the rug. The last thing they want is a network anchor admitting any wrongdoing. Heck, they didn’t admit their network lied about Joe Rogan even after Dr. Sanjay Gupta went on Rogan’s show and admitted CNN was in the wrong. They aren’t about to admit this,” Media Research Center Vice President Dan Gainor told Fox News Digital.

CNN did not immediately respond to a request for comment.

Cuomo has created negative headlines and bad publicity for CNN on a regular basis since the COVID pandemic began in 2020. He was widely mocked for conducting a series of playful interviews with his big brother at the height of the pandemic while the governor’s state was in crisis. The two of them would chide each other’s looks, perform prop comedy and bicker over their affection for their mother, but the anchor would also give the governor a platform to tout his leadership amid the pandemic. The interviews occurred as critics scolded the CNN host for ignoring the state’s COVID nursing home crisis before he finally lobbed a softball question about it after skipping it during multiple appearances.

Cuomo was previously barred from covering the New York governor, a rule that was apparently lifted by the network at the beginning of the pandemic and later implemented again as the Democrat became engulfed in a tsunami of political scandals.

CHRIS CUOMO AND HIS PROBLEMATIC YEAR AT CNN

Earlier this year, it was revealed that Chris Cuomo was a beneficiary of the Cuomo administration as he received prioritized COVID testing in the early months of the pandemic as ordinary New Yorkers struggled.

The younger Cuomo was diagnosed with the virus in March 2020. It is unknown if the positive COVID test he took was funded by himself, his employer or New York taxpayers.

Amid his recovery in April, he was caught breaking quarantine and was seen outside on another property in the Hamptons, which was in clear violation of his brother’s COVID guidelines. That led to an altercation between the anchor and the bicyclist who called him out. The bicyclist later filed a police report. Also in April, the CNN anchor bizarrely staged his own re-emergence from the basement of his Hamptons home after his outdoor scuffle was widely reported.

In August, Cuomo noticeably ignored allegations against his brother on the air, before finally making a statement once Andrew Cuomo announced he would step down.

Fox News’ Joseph A. Wulfsohn contributed to this report.