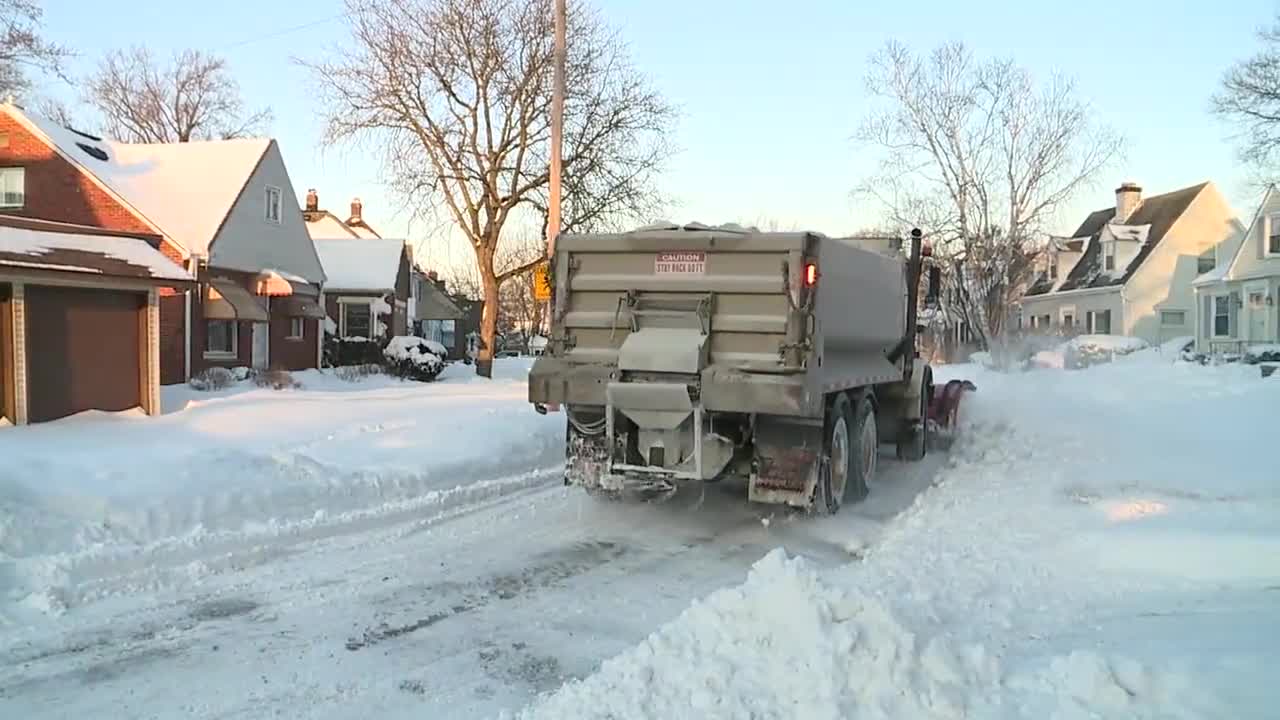 CLEVELAND (WJW) – Frustration continues to grow in Cleveland as another day passes with some unplowed side streets.

It was a busy Saturday for people who live on West 159th Street in Cleveland. They had to help driver after driver as people continuously got stuck on their street.

“Nothing has been done,” said resident Marino Dimarco. “We’ve been digging people out of the street all day.”

Saturday morning the city of Cleveland announced its plows have cleared over 94% of streets in their first round of residential plowing. But residents from all over Cleveland told FOX 8 their roads were still not cleared.

“It makes sense that they do all the main streets first,” said resident Dan Hyland. “But that doesn’t mean you don’t come back around and do the side streets.”

Drivers were getting stuck and people were walking to their deliveries.

“We just got hungry so we ordered McDonalds and now our DoorDash driver got stuck,” said Catherine Hyland.

People in West Park say they understand that this storm was massive and the snow plow drivers were busy, but they’re also saying it has been days since the storm and their roads are still rough.


Operation Snowbird: A look inside the command center for Cleveland snow plowing

“Trying to get up and down the street is ridiculous,” said Dimarco. “I know they’re busy but we’re talking Saturday, two to three days after the storm and no one has come through with any plows.”

“Residents are very frustrated. Council must do a deep dive as the oversight body of City Hall to ensure this runs better next time.”

In the meantime Hyland said he was going to start shoveling the road. He also said he didn’t think it was fair he had to move his car during a parking ban all the way back on Thursday.

“I mean if you’re going to plow the street it makes sense to have the cars off the street,” Hyland said. “That’s good. But the second part would be you actually come with a plow. I did my part and so did everyone else.”

Earlier this week, Cleveland City Hall told our FOX 8 I-Team a new plowing strategy would be carried out to get to side streets earlier. City council will be holding a meeting next week to focus on snow plowing.