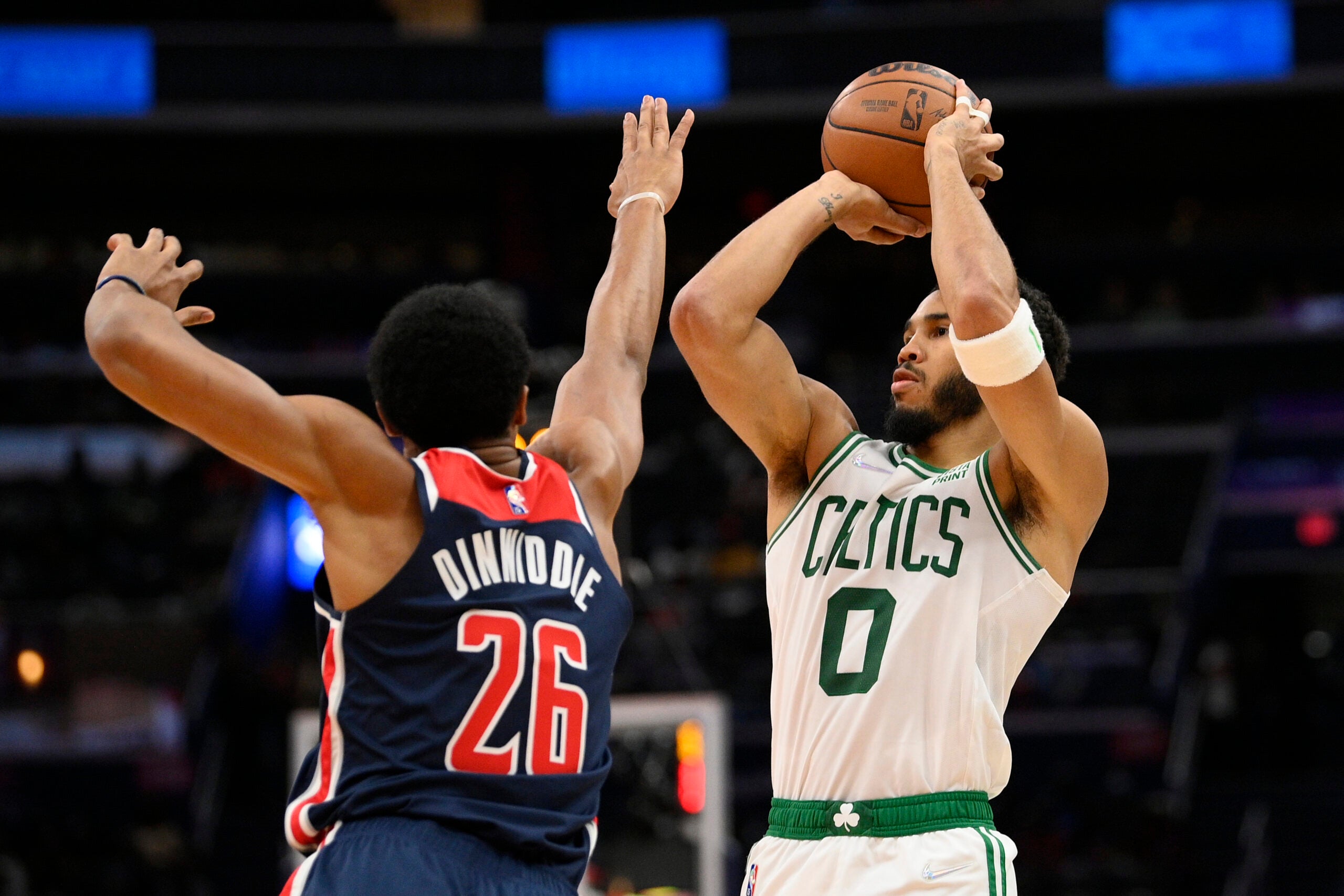 The Celtics dropped a 115-112 double overtime loss to the Wizards on Saturday. Here’s what you should know if you missed the game.

Describe the game in one sentence

Despite a historically bad 3-point shooting night, the Celtics sent the game to double overtime but they couldn’t generate enough offense to counteract Bradley Beal late in the game.

What was the big storyline?

The Celtics’ offense just couldn’t get the job done. In the first four quarters, they scrapped their way through their 2-for-26 night behind the arc and still managed to send the game to overtime. In the first overtime period, they took a six-point lead but watched the Wizards whittle it away without putting any more points on the board. In the final OT, they had a chance to go up three but a foul call on Jayson Tatum was overturned, and the Wizards pulled away.

Who was the best player?

What’s the hot take of the game?

The Celtics should shoot fewer 3-pointers, especially on nights when they can’t get it going.

In general, no. It’s 2021, and whether you like it or not, more 3-pointers generally means more points even for a team like the Celtics that struggles from deep.

Against the Wizards, whose rim protection is nearly non-existent? Perhaps we can have a conversation.

What’s a fun fact for the water cooler?

The last time the Celtics made just two or fewer 3-pointers in a regular-season game was on Nov. 1, 2014 when they lost to the Rockets 104-90. By way of reference: Rajon Rondo had an off night (four points, 2-for-9 shooting), and the one 3-pointer made was made by Jeff Green who scored a team-high 17 points on 7-for-19 shooting (1-for-7 from deep).

When is the next one?

The Celtics take on the Bulls on Nov. 1 at TD Garden. The game starts at 7:30 p.m. on NBC Sports Boston.