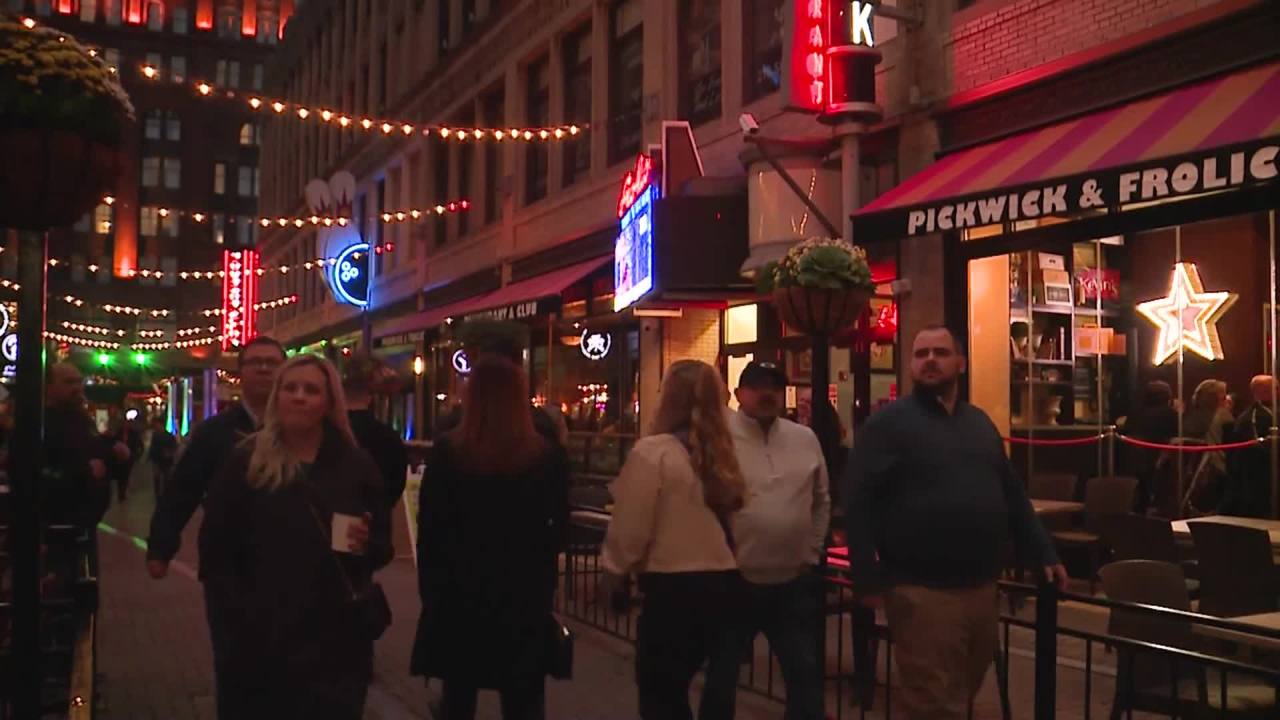 CLEVELAND (WJW) – A busy weekend in Cleveland has our city packed with people from across the country. Rock Hall inductions on Saturday and the Browns vs. Steelers game Sunday has brought the crowds downtown.

“We’re full,” said Nick Kostis, the Owner of Pickwick and Frolic. “Our shows our full tonight and tomorrow and the dining room is sold out.”

Take a huge Rock Hall induction ceremony, add a big football game (and, of course, Halloween), and you have a recipe for a packed town. Which means a lot to restaurants like Pickwick and Frolic on East 4th.

“Events like this are a magnet,” Kostis said. “We’re still an event-driven city. Without these events, unfortunately, it’s still kind of slow, but with these events we’re like Times Square.”

It’s not just locals packing the restaurants. People from all over the country are in town, even though it was tough for many to find a hotel.

Jerry Caruso and his family are in town from Rochester, New York, for Sunday’s Browns game. They said they almost had to cancel because they couldn’t find a hotel room.

“We’re lucky enough to find one and we paid a decent price, but not overpriced,” Caruso said. “It includes breakfast and with the location you can always walk to the stadiums here.”

A boom in business is expected at restaurants and hotels, but the inductions are also great for our local shops, including the record shops.

“The Rock Hall Inductions have brought tons of new business to Cleveland,” said Augustus Payne, the owner of A Separate Reality Records. “It has helped out a lot financially for sure.”

Payne has owned A Separate Reality Records in Cleveland for seven years. He said this week he has been seeing about 30-50 people in his shop a day. That’s compared to the typical 20-30 people a day he usually sees. He also said most of them are from out of town.

“I’ve had a lot from California and a lot from New York,” said Payne. “These records would be so much more expensive there.”

Rex Lethal was one of the visitors to A Separate Reality Records on Saturday. He is in town from California performing with his band. The group spent the day record shopping, skateboarding, and sightseeing.

So whether you’re the Go-Go’s or you’re just a big music fan, Cleveland is certainly the spot to be. We can thank The Rock Hall for that.

“Rock and roll never stops,” said Lethal. “Keep rock and rolling and support the people that do.”