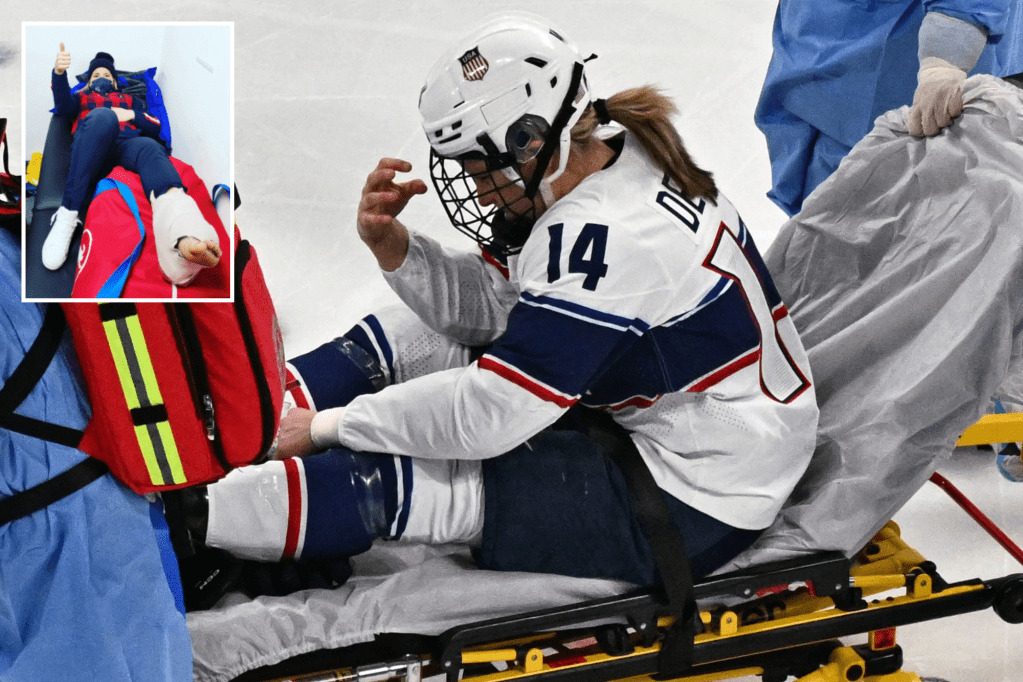 Brianna Decker’s Beijing Olympics ended just as they were beginning, but she’s still ready to lend a hand however she can to help Team USA defend its gold medal.

The women’s hockey star was stretchered off the ice in the team’s opener on Thursday after breaking her ankle, according to the Associated Press. But after the Americans played their first game without her on Saturday, a 5-0 win over Russia, Decker took to social media to thank her supporters with an encouraging message.

“I would like everyone to know that I am in good hands and have a incredible staff that is taking great care of me,” Decker wrote in an Instagram post, with a picture of her on a training table and her left ankle wrapped. “Being surrounded by my sisters is exactly where I want and need to be and know that the road to recovery has already begun due to their friendship and the significant love we share as a team. I am excited to remain here with the team and help any imaginable way to help to accomplish the original goal what we have set out to achieve!

“Thank you to my family here and back home in the USA, and thank you to the fans across the globe cheering us on. We can hear your cheers echoing throughout Beijing.

“Hand me a clipboard, it’s time to get back to work with my girls. Let’s go USA!!”

Decker, 30, led Team USA in assists on the way to a gold medal in the 2018 Pyeongchang Olympics. She was also on the 2014 team that won silver in Sochi.

Decker’s injury leaves a void at center on the Americans’ top line, which first-time Olympian Abby Roque filled on Saturday between Alex Carpenter and Amanda Kessel.

“There’s no replacing Brianna Decker with one individual player,” coach Joel Johnson told reporters. “But we can replace her and what she does well with a lot of different people. And so that’s what we’re going to try to do.”