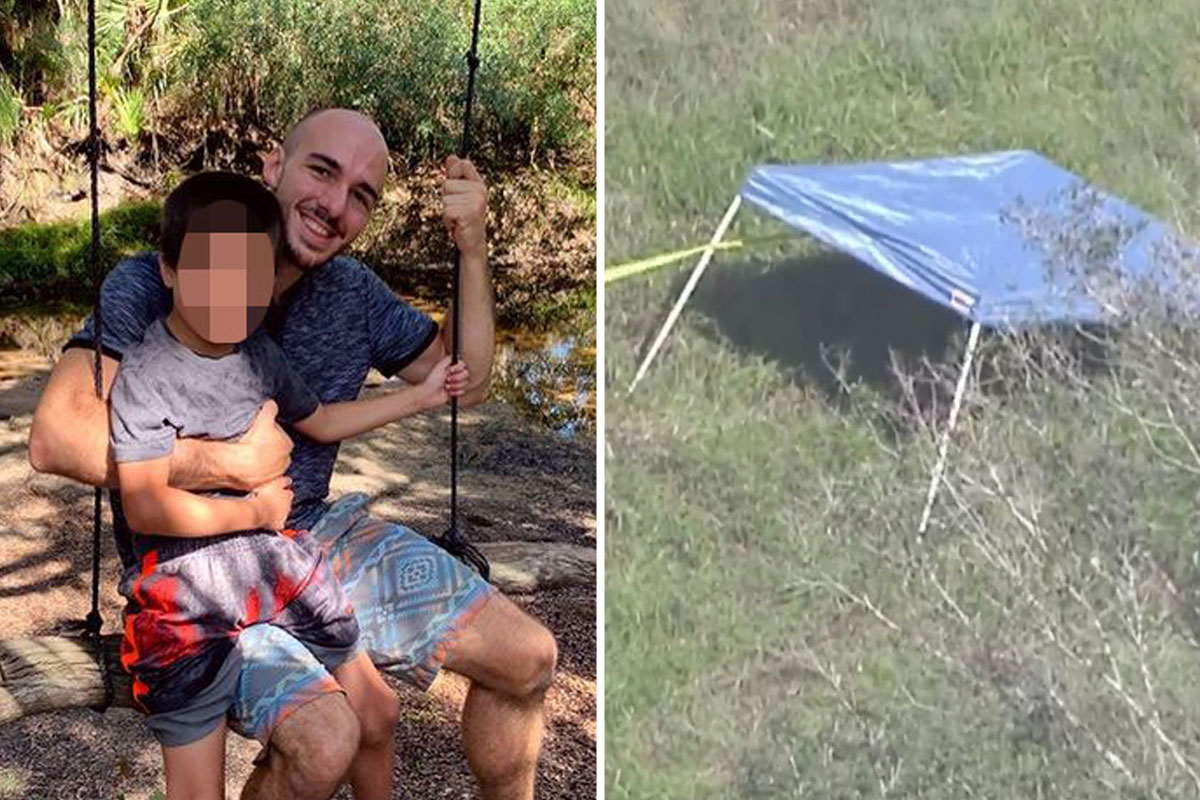 BRIAN Laundrie is seen smiling in a photo taken at the same swamp where his remains were discovered just a week ago, bringing yet another twist to the already shocking case in the death and disappearance of Gabby Petito.

The fugitive sought after by authorities for alleged credit card misuse was found to have died in a swampy area of the Carlton Reserve mere miles from his Florida home – but a photo from Laundrie’s Instagram show he knew the area well and had visited before.

“Me and the coolest kid I know, my nephew. BFF,s since the day he was born,” reads a photo Laundrie posted to his Instagram on July 6, 2020.

In the photo are Laundrie and supposedly his nephew sitting in a swing just steps from the swamp where authorities discovered his skull and bones on Wednesday.

An eerie Laundrie stares smiling into the camera as he holds onto the swing, the tree and swamp of the Carlton Reserve serving as a background for the odd coincidental photo.

Users have commented on the photo expressing dismay at the poor location.

“RIP. Now wonder you picked this spot,” wrote one user.

“Crazy to think that where this pic was taken is not to far from where they found his remains…” another wrote.

The 23-year-old’s remains were found after over a month-long manhunt for Laundrie, after he arrived to his Florida home without his fiance Petito following a cross-country road trip that ended shortly.

Petito was last seen on August 24 leaving a hotel in Utah after the two were last seen together arguing on bodycam footage from August 12.