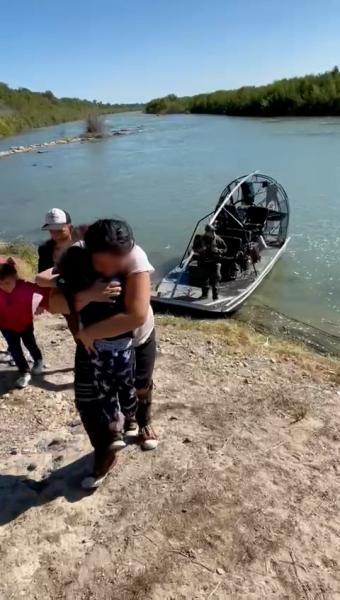 McALLEN, Texas (Border Report) — U.S. Border Patrol agents said they rescued a 5-year-old Venezuelan girl who was left on an island in the Rio Grande — between Mexico and the United States — by human traffickers.

The girl was reunited on Nov. 13 with her mother in Eagle Pass, Texas, after agents from the riverine unit took a boat to the small island in international waters where they found the girl along with nine other migrants, Border Patrol said Tuesday.

The mother had alerted agents that her daughter had been left behind, they said.

“Human smugglers are cold and calculated, often separating families for their own convenience or to gain compliance,” Del Rio Sector Acting Chief Patrol Agent Robert Danley said in a statement. “Thankfully our agents acted quickly and were able to locate the young girl and reunite her with her mother without incident.”

The Border Patrol report that none of the migrants suffered medical distress.