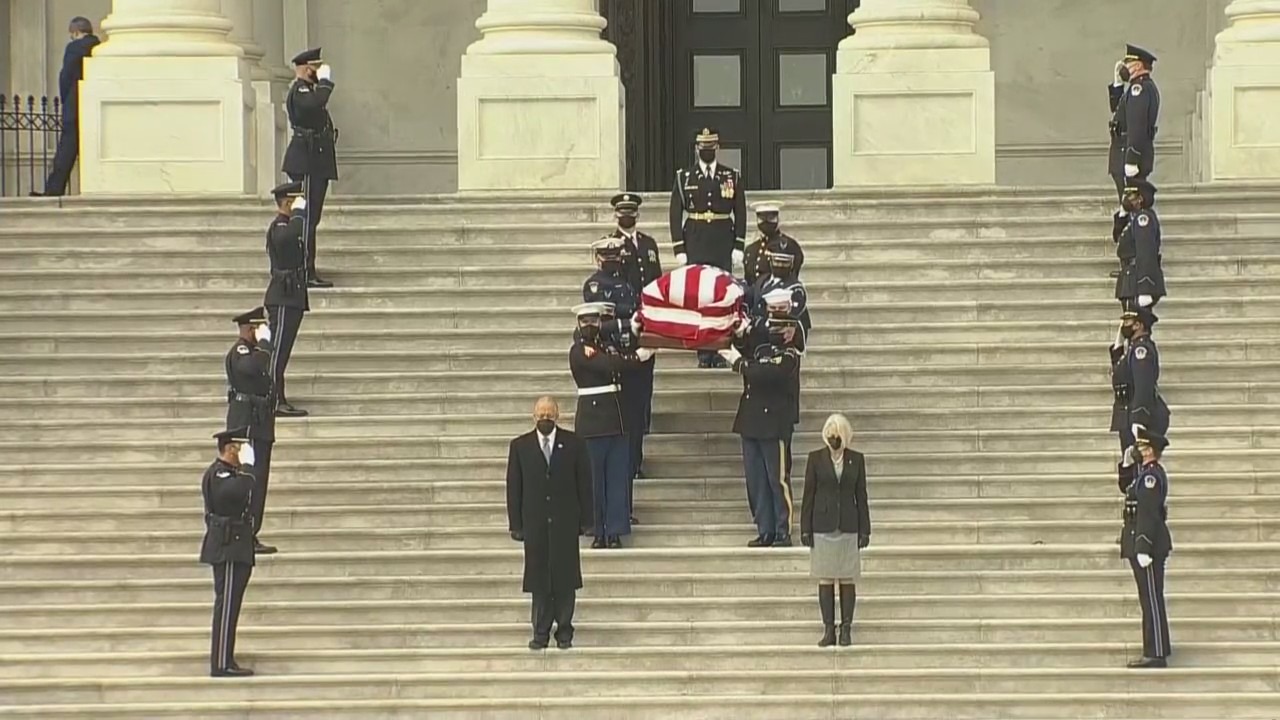 KSN is livestreaming the funeral and the memorial. The funeral is scheduled to begin at 10 a.m.

WASHINGTON (KSNW) — The nation will continue to pay its respects to Senator Bob Dole today. KSN will livestream Dole’s funeral at the Washington National Cathedral and a tribute ceremony at the World War II Memorial.

Dole died in his sleep Sunday morning at the age of 98. Politicians and dignitaries have paid tribute since then, remembering the former presidential candidate as a hero for his service during World War II, as a leader who was willing to work across the aisle in Congress, as a Kansan who stayed true to his roots, and as a man who was skilled at using diplomacy and humor in the face of adversity.

The funeral service for Dole will begin at 10 a.m.. President Joe Biden, other national leaders, Dole’s family members, and his close friends will attend the invitation-only memorial service. The speakers include Biden, Senators Pat Roberts and Tom Daschle, and Dole’s daughter Robin. Singer Lee Greenwood will perform. The service will be livestreamed on large screens at the World War II Memorial.

After the funeral, around 12:15 p.m., the motorcade with Dole’s casket will pause at the Memorial for another ceremony. This one will include tributes from close friends of the Doles:

Also, at the Memorial, Senator Elizabeth Dole will lay a wreath in honor of her late husband, and the U.S. Army Band will perform patriotic melodies.

Following the ceremony, Dole and his family will be taken to Joint Base Andrews for his final trip to Kansas. A departure ceremony will take place at 1:35 p.m.

From there, Dole will be flown to Salina Regional Airport in the late afternoon. A Kansas delegation led by Governor Laura Kelly will be on hand to welcome him home.

On Saturday from 9 to 10:30 a.m., a public viewing will be held at St. Mary Queen of Angels Catholic Church in Russell. A service will be held at 11 a.m., with tribute remarks from Senators Pat Roberts, Jerry Moran, and Roger Marshall. The public will be invited to pass by the Senator’s casket following the service to pay their respects. At 1 p.m., Dole’s casket will depart for Topeka.

At 4 p.m., Gov. Kelly and a delegation of Kansas officials will receive Dole’s casket at the Kansas State Capitol. Kansas ROTC cadets will provide an honor cordon as the Kansas National Guard Casket Team carries the Senator’s casket to its position of repose on the second level. A public ceremony will take place in the Capitol Rotunda and include remarks by Governor Kelly, Senators Roger Marshall, Jerry Moran, Nancy Kassebaum Baker, and former Congressman James Slattery.

After the service, Dole’s casket and family will return to Washington, D.C. Details of his internment at Arlington National Ceremony are pending.