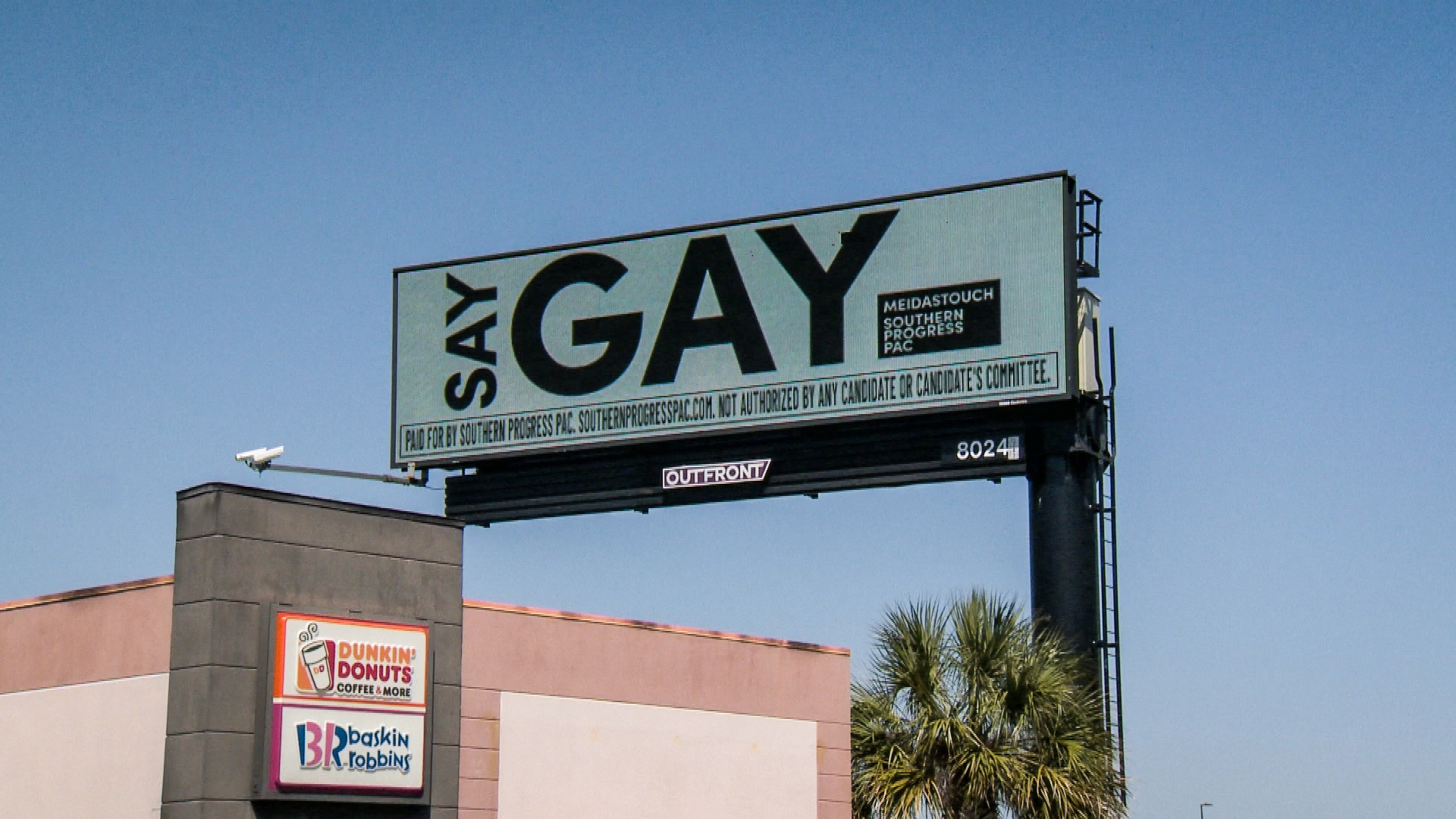 Billboards popping up in a few of Florida’s largest cities are encouraging passersby to “say gay.”

The large roadside messages are a response to the state’s controversial Parental Rights in Schooling invoice, dubbed by critics the “Don’t Say Gay” invoice, which Republican Gov. Ron DeSantis signed into legislation Monday. The measure prohibits “classroom instruction … on sexual orientation or gender identity” in “kindergarten through grade 3 or in a manner that is not age-appropriate or developmentally appropriate.”

The billboards — now on show in Orlando, Tallahassee and Jacksonville — have been spearheaded by the Southern Progress Political Motion Committee, which, in line with its web site, seeks to “expose the extremist agenda of Republican politicians.”

“It’s OK to say gay. It’s more than OK. It’s encouraged,” Ally Sammarco, a volunteer for the PAC, informed NBC affiliate WESH of Winter Park. “We want to make it very clear that it’s OK to talk about who you are and where you come from, and no one can stop you from doing that.”

Sammarco mentioned the following billboard will go up in Miami this week.

“A bill like this looks maybe innocent in nature, but it’s not,” Sammarco added. “It’s going to have very deadly consequences for kids, especially young kids of the LGBTQ community.”

Supporters of the Parental Rights in Schooling invoice, nevertheless, say it’s about defending Florida’s college students and giving mother and father a say of their kids’s schooling. Throughout his signing ceremony on Monday, DeSantis mentioned the measure will guarantee “that parents can send their kids to school to get an education, not an indoctrination.”

The legislation goes into impact July 1.