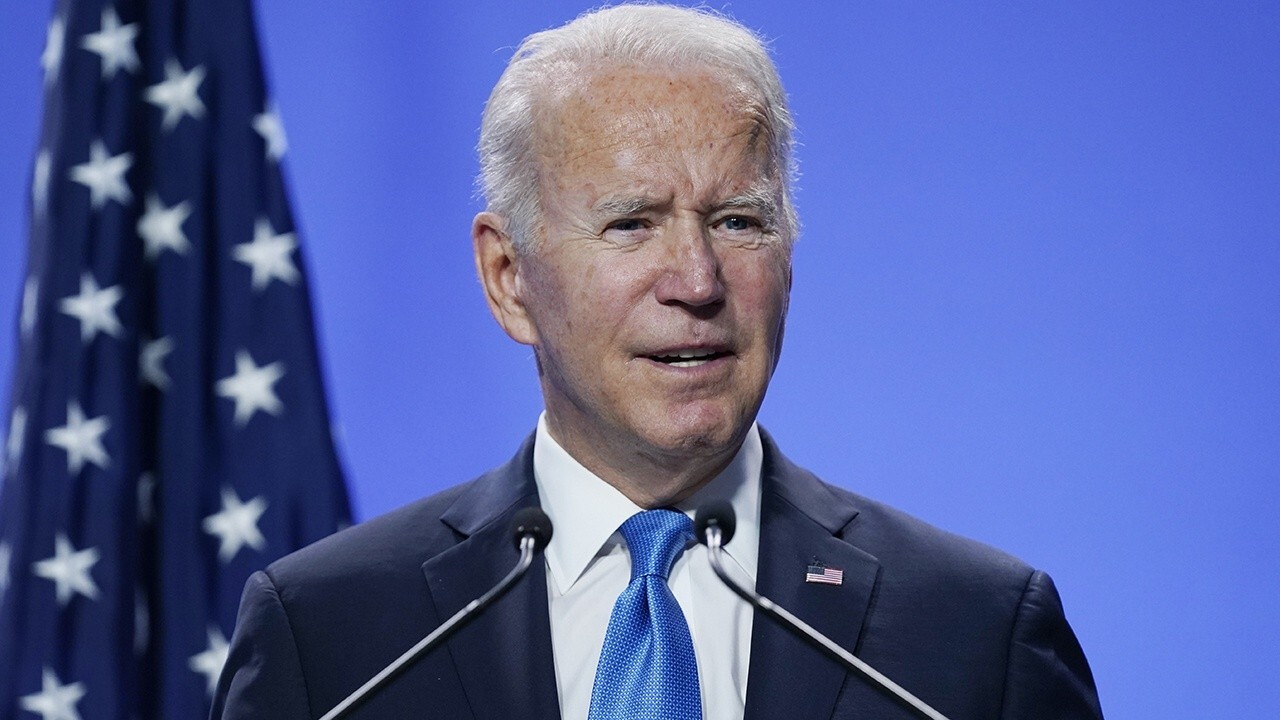 The debate about the massive Build Back Better bill has rightly shifted from its eye-popping price tag to its far-reaching details. This is a plan to transform much of the American economy and even our family life.

This package would push more and more families toward full-time day care for their children. It would promote wind and solar power for our electric grid with no assurance they will keep the lights on. It would mandate a shift toward costly e-vehicles, and bring back welfare-without-work through its child tax credit.

The Greeks had a word for such smug overreach. They called it hubris – and for those infected by it, matters don’t end well.

Sadly, Americans have seen this movie before – in similar political moments when Progressive confidence was such that they adopted legislation that proved to have tragic collateral damage.

The side effects of the Great Society of the 1960s are well-known. Here are just two examples: a costly Medicaid system that fails to provide access to many of its recipients, who are plagued by poor health, and a so-called War on Poverty that pitted federally funded community groups against local elected officials but failed to defeat poverty.

But among the most destructive – and instructive – instances of Progressive overreach, one whose consequences continue to plague the minority poor and older cities, came during the Truman administration. It took the form of the National Housing Act of 1949.

Its goals seemed as unassailable as renewable energy seems to today’s Progressives: “federal advances, loans and grants to localities to assist slum clearance and urban redevelopment.” It was that federal funding which brought twin toxics to American cities: demolition and clearance of healthy blue-collar neighborhoods unjustly labeled as slums by distant liberals, and a generation of high-rise public housing projects, literally modeled on what were thought to be successful counterparts in the Soviet Union.

We should not wonder why Black wealth lags that of Whites – Progressives helped it happen.

Detroit’s Black Bottom – named for its rich dark soil identified by early French settlers – was famous for an Urban League chapter that helped those in the Great Migration North find jobs, as well as for the New Bethel Baptist Church, founded by the Rev. C.L. Franklin, whose daughter Aretha later denounced slum clearance as “Negro removal.” The Detroit neighborhood where she first sang in church was demolished and replaced by the Brewster-Douglas high-rise public housing project, where home ownership and wealth appreciation were impossible under government ownership.

We should not wonder why Black wealth lags that of Whites – Progressives helped it happen. A sad irony:  many of the worst public housing projects are named for the nation’s most accomplished African Americans: Frederick Douglass, Langston Hughes, Ida B. Welles and James Weldon Johnson, author of the so-called Black national anthem, “Lift Every Voice and Sing,” a paean to striving and overcoming obstacles.

In time – a short time – the government owned-and-operated apartments that were touted as a fundamental improvement over private ownership became far worse slums than what they replaced. Notoriously, the Pruitt-Igoe housing project in St. Louis – a complex of 33 11-story buildings that had won architectural awards for designer Minoru Yamasaki (he also designed New York’s ill-fated World Trade Center) – was imploded in 1971, just 15 years after it opened, judged to be beyond repair, a “federal slum,” in the words of a famous sociology study.

The tragic history of public housing continues to play out today; the New York City Housing Authority, home to at least 400,000 residents, is plagued by murder, gang warfare and drug-dealing, as well as leaks, mold, lack of heat and hot water, and worse.

Nor was public housing the only horrific side effect of the National Housing Act. The central planners of Washington, newly empowered, were convinced that older cities could thrive if they imitated suburbs – and accommodated cars. Historic downtowns were leveled and replaced by parking garages. Blue-collar neighborhoods across the country became the routes of soon-clogged urban freeways.

As Jane Jacobs would note as she called out Progressive city planners in her classic “Death and Life of Great American Cities,” the victims included thousands of small businesses and neighborhood institutions – and the fabric of healthy urban life. She lamented government permitting “nobody’s plans but the planners’”.

Progressives are, at least, consistent. Senate Majority Leader Charles Schumer, D-N.Y., has insisted that Build Back Better include no less than $64 billion to repair the nation’s remaining public housing projects.

When will they ever learn? Not in Build Back Better.