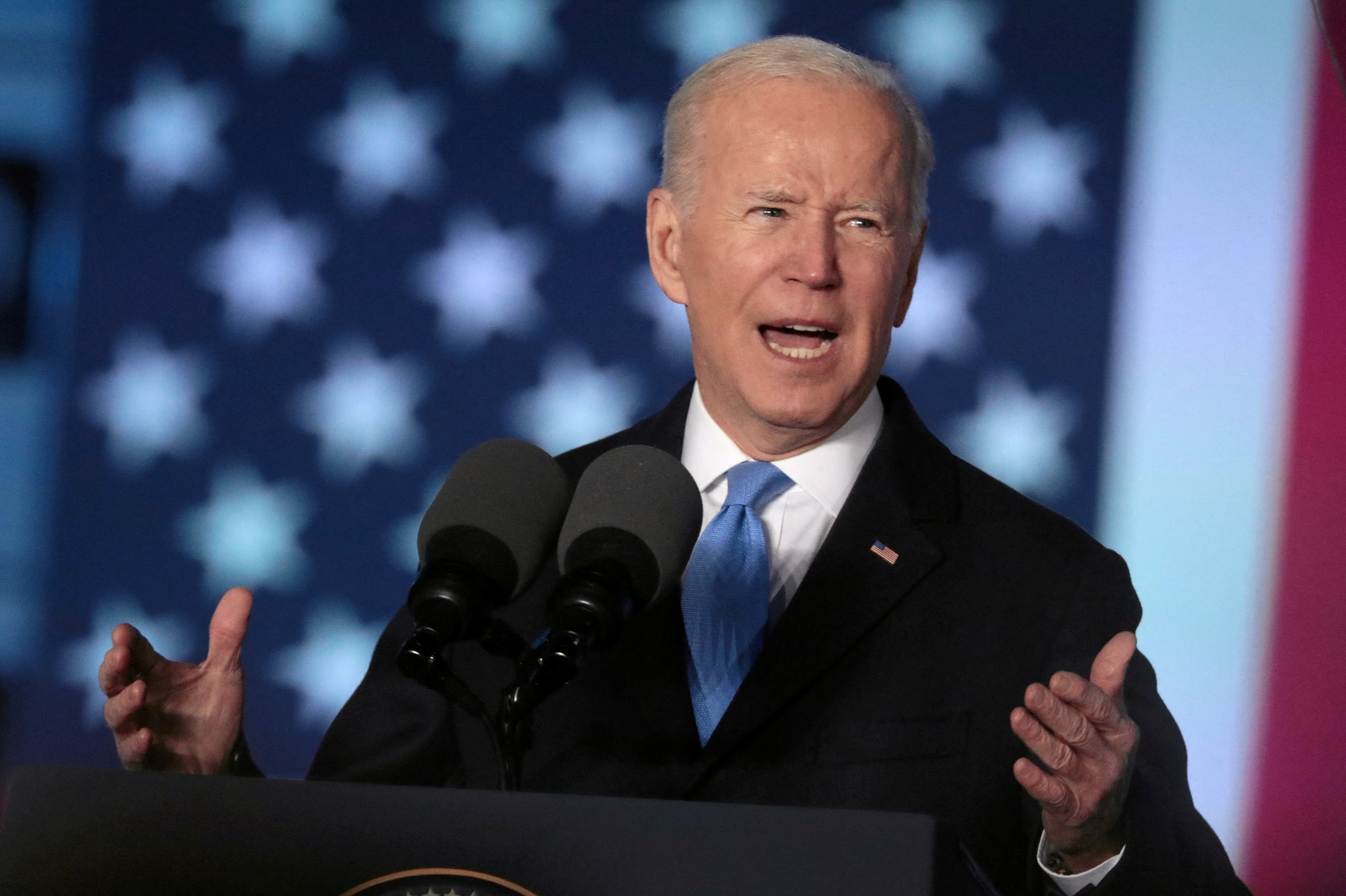 “In this moment… a war of aggression is once more being waged by Russia to snuff out freedom and democracy, the very culture and identity of neighboring Ukraine,” Biden said Monday. “Freedom has never been free. Democracy has always required champions. Today, in the perennial struggle for democracy and freedom, Ukraine and its people are on the front line fighting to save their nation.”

Biden’s remarks come after he attended the laying of the wreath ceremony at Arlington National Cemetery to commemorate Memorial Day, with Biden saying the holiday served as a reminder to honor those who have been lost by continuing to fight for freedom and democracy.

The president said that the fight in Ukraine is an example to everyone working to preserve democracy around the world, arguing that such values are even under threat in the U.S.

“Every generation has to defeat democracy’s mortal foes,” Biden said. “But it’s worth fighting for. If necessary, worth dying for.”

Biden paid tribute to the over 2,000 American that died in Afghanistan during America’s almost two decade war in the country, though the president did not specifically allude to the 13 service members that lost their lives during the withdrawal from the country that the president oversaw.

Biden did touch on defending “free and fair elections,” calling them one of the principles that are “essential for a free society.”

Wreaths lay at the foot of headstones in Section 60 of Arlington National Cemetery.
(Photo by Drew Angerer/Getty Images)

“We’ve heard this a lot over the years,” Biden said. “But we’re now realizing how real it is around the world in so many countries as I speak. These are the foundations of our great experiment. But they are never guaranteed even here in America.”