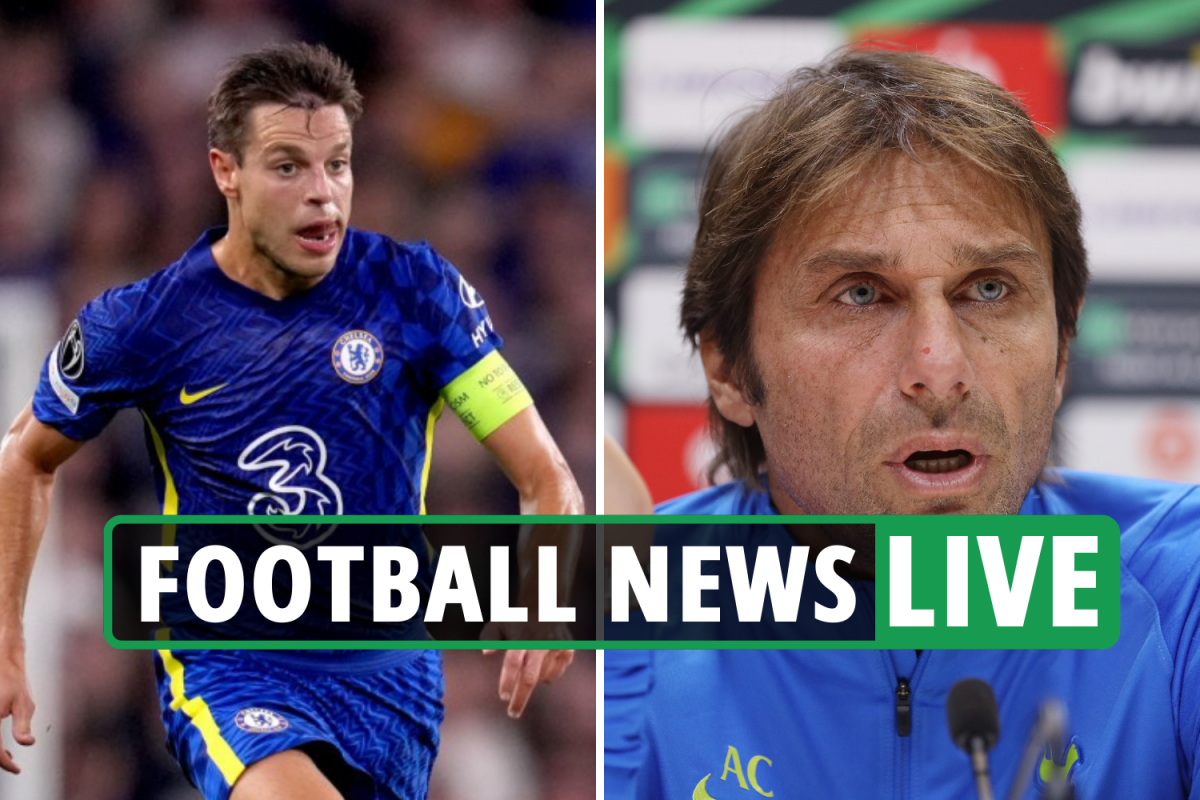 Tottenham’s Premier League clash at Brighton on Sunday is off as their Covid crisis mounts.

The French side are now demanding the game be cancelled entirely, and are furious with Tottenham as they had already travelled to London.

The Ligue 1 side claim the North Londoners refused to reveal the number of players affected by Covid-19 when competition rules dictate a game must be played if the team has at least 13 outfield players and a goalkeeper.

And there are some serious questions being raised about when the match can actually take place, given Uefa’s rule stating all group fixtures must be completed by December 31.

Meanwhile, Barcelona will reportedly place a number of players on the transfer list ahead of the January window.

According to Gerard Romero, Frenkie de Jong, Sergino Dest and Marc Andre Ter-Stegen are set to be replaced next year as Xavi looks to overhaul the squad.

The decision comes after Barcelona crashed out their Champions League group.

And Premier League clubs are set to be on red alert for any bargains available this winter.

Finally, Newcastle have been told to look elsewhere for a director of football after Arsenal legend Marc Overmars signed a contract extension at Ajax.

The Dutch icon has put pen to paper on a new deal to keep him at the Johan Cruyff Arena until June 2026.

Overmars said: “I still feel very excited by my work and get a lot of satisfaction out of it.

“I have a feeling that my work at Ajax is not done yet, so I would like to continue here.”