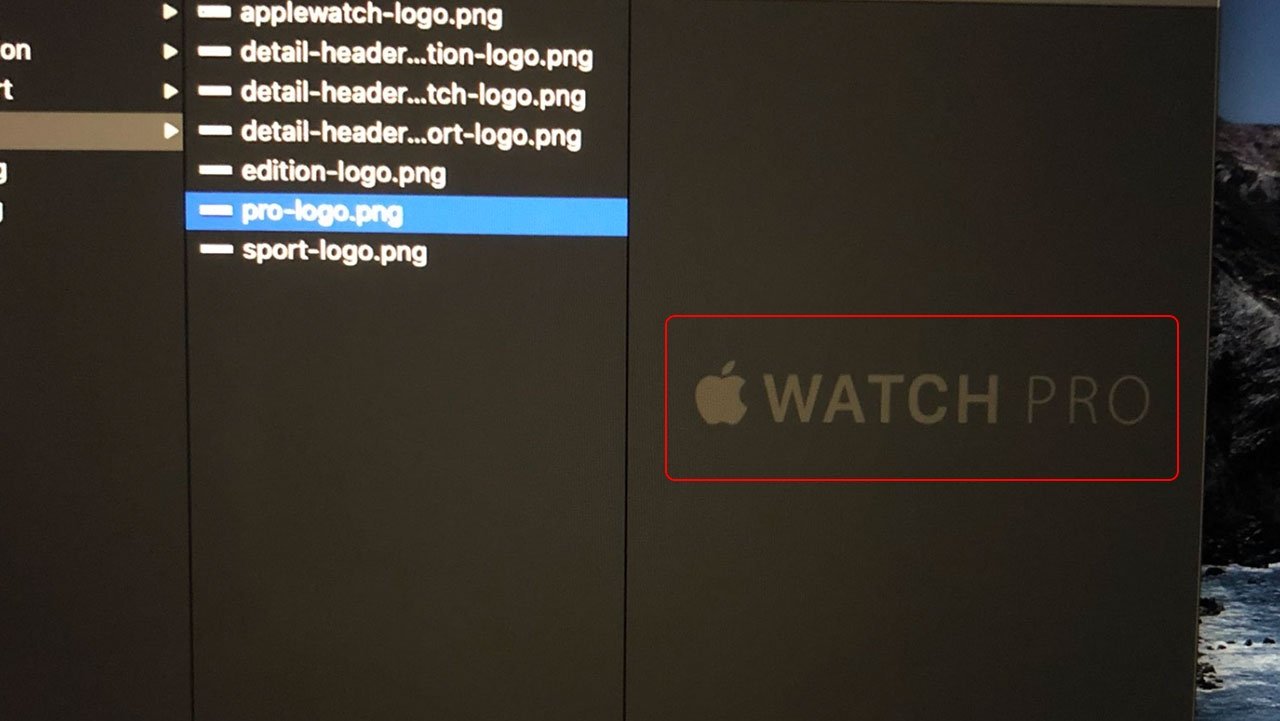 Not much is known about the single logo file, though it appears that Apple was experimenting with “Pro” Watch branding when it debuted the device in 2015. The “Apple Watch Pro” PNG found in the demo unit was supposedly created in February 2015, two months before Apple Watch launched in April of that year.

No longer on exhibit at Apple Stores, the original Apple Watch demonstration display pedestal featured an Apple Watch connected to an iPad mini. At the time, try-on units ran a looping software demo, while functional devices embedded in the wedge-shaped stand allowed for a more interactive experience.

Considering that the moniker dates back to 2015, it is unlikely that an “Apple Watch Pro” will land anytime soon. That said, the tech giant has in the intervening years assigned the “Pro” designation to a number of products including iPad, iPhone, iMac and, most recently, the M1 Pro chip used in the new 14- and 16-inch MacBook Pro.

Apple is reportedly developing a ruggedized Apple Watch model that could debut in 2022, though branding plans remain unknown.