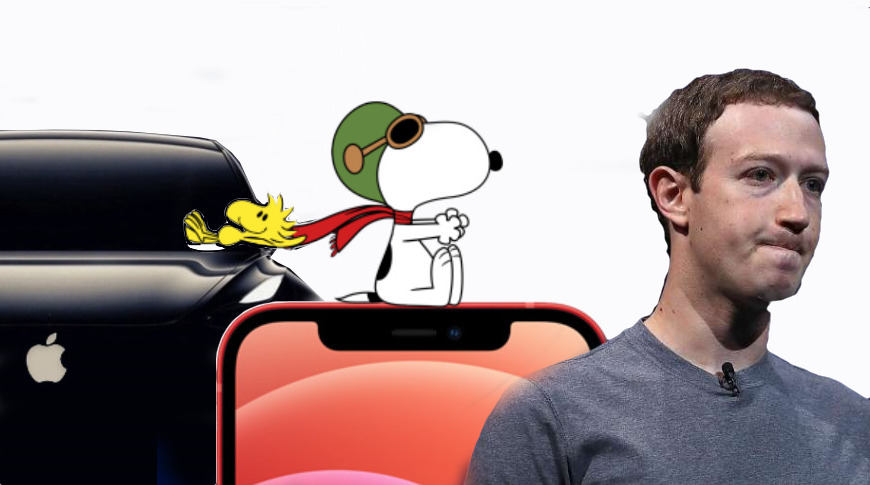 
Apple was far too busy releasing new TV shows, launching initiatives, and fighting Facebook, to bring out any new Apple Silicon devices, yet February 2021 was packed with events.

Here’s a thought. In any month when Apple fails to launch new devices, maybe bad news for the company rushes to fill the vacuum. In February 2021, Apple should’ve at least brought out “AirTags“, then, because without them it became a month of twisting and turning allegations, fights, and legal battles.

That isn’t to say Apple failed to launch anything at all, though, given that “The Snoopy Show” was released in February. And if that’s perhaps not quite what Steve Jobs and Steve Wozniak had in mind when they formed Apple, those bearded young men would’ve been drooling at the sight of Woodstock lifting an iPad Air 4.

Even more than it did before with Apple Arcade’s launch, Apple took “The Snoopy Show” as an opportunity to have animated characters interacting with all the devices on its regular home page. Dozens of Woodstocks surrounded the iPad, while the Red Baron flew an iPhone. A red one, obviously. 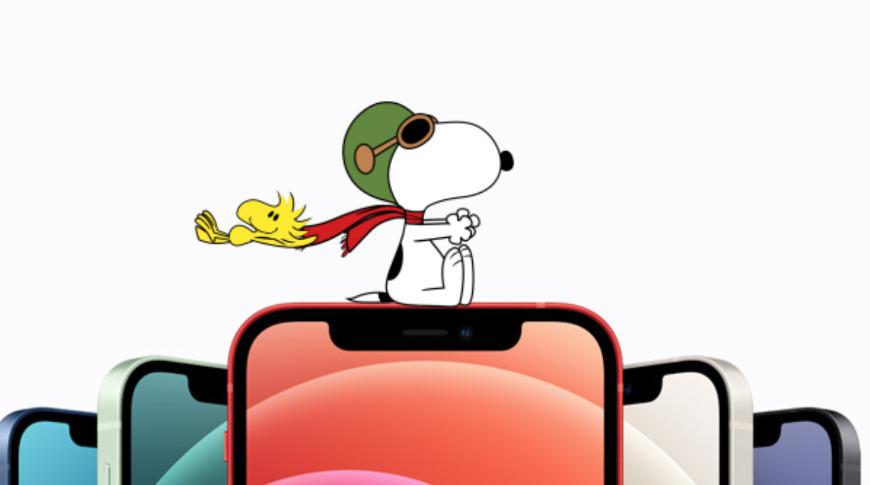 Snoopy and Woodstock took over the Apple Store

Given that Woz and Jobs were doing all of this in the late 70s and early 80s, they might have been more attuned to another launch that was about that same period, or at least a version of it. Apple TV+ launched season 2 of “For All Mankind.” And the Steves might especially have relished the Apple AR involved in the promotion of the show.

You would hope, though, that they would be especially keen on two initiatives that Apple championed in February 2021. Given their aims, later summarized as building a computer “for the rest of us,” surely Wozniak and Jobs would be proud of Apple’s Racial Equity and Justice Initiative.

Begun in 2020, this now expanded into funding the building of new training centers for developers. And it came alongside the renewal of Apple’s Entrepreneur Camp for women app developers. 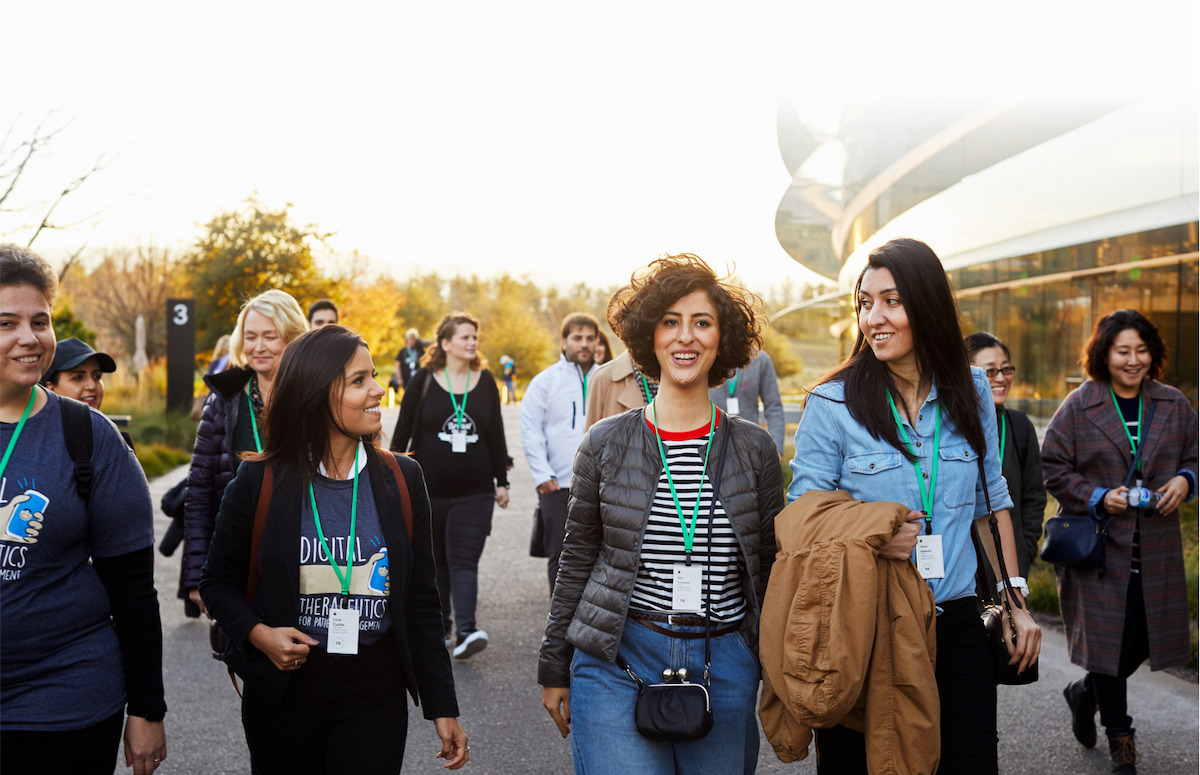 Not everyone loved Apple this month, though. Accessory producers and other suppliers whose goods are sold in physical Apple Stores had some issues, for instance. They claimed that Apple changed its terms so that they have to wait longer for their money, and that they now only get paid after an item is sold. 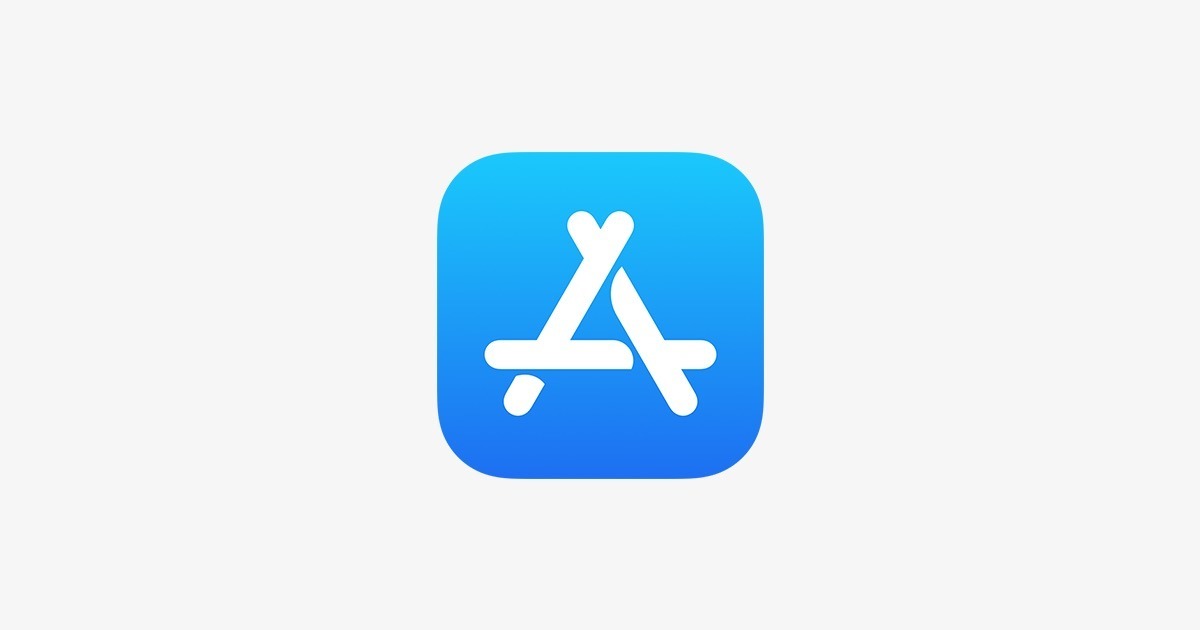 Then Apple had to apologize for mistakenly banning a student developer. He was accused of somehow conducting fraud with his indigenous language app and removed from the App Store.

“One day I just got an email from Apple and it was all gone,” said developer Brendan Ehsom. “All my hard work was gone that I had spent almost half a year on.”

Anyone can make mistakes, of course, but Apple seemingly wouldn’t look into this one until Canada’s Global News contacted them.

Apple did listen to developers when they objected to a demand to return the Apple Silicon Developer Transition Kit. This is the DTK that Apple sold developers for $500, and now was offering them $200 off at the Apple Store.

TWO HUNDRED DOLLARS? That doesn’t even go a third of the way towards the cheapest M1 Mac. It just about covers the 4 months the DTK was usable out of the 12 month lease you paid for

The company upped its offer to $500 off the purchase of an M1 Mac, but also doubled down on saying the DTK had to be returned by March 31. So there. 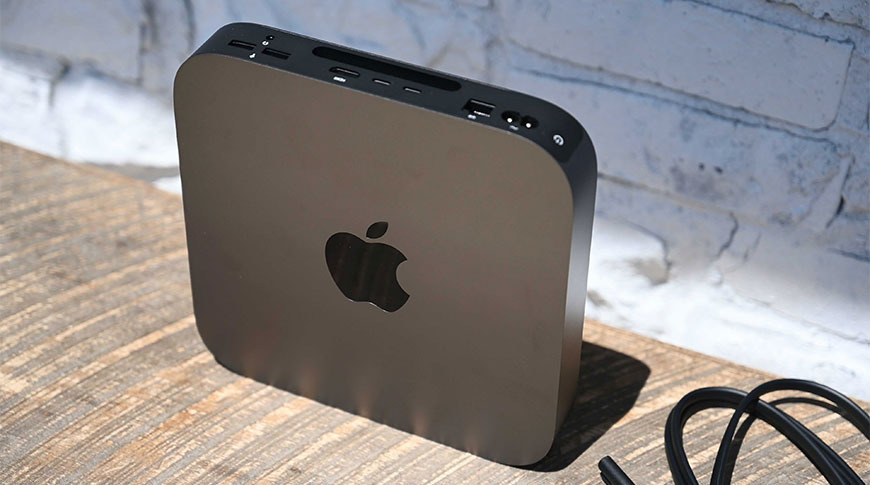 Speaking of M1 Macs, though, an issue for all users — not just developers — arose when it started to look as if there might be a problem with their SSD storage. There isn’t. But it looked like there might be.

Using an app called Smart Monitoring Tools, users were seeing that their SSDs were being written to enormously more than they should. Since SSDs do have a limited lifespan, there were concerns.

This wasn’t the only M1 specification to be called into question — though in the next case, nobody believed it for a second. Quite possibly not even the people saying it.

For Intel chose this month to publish proof of how its processors are faster than the Apple Silicon M1. You have to really want this to be true for it to work, and be willing to omit certain key details. 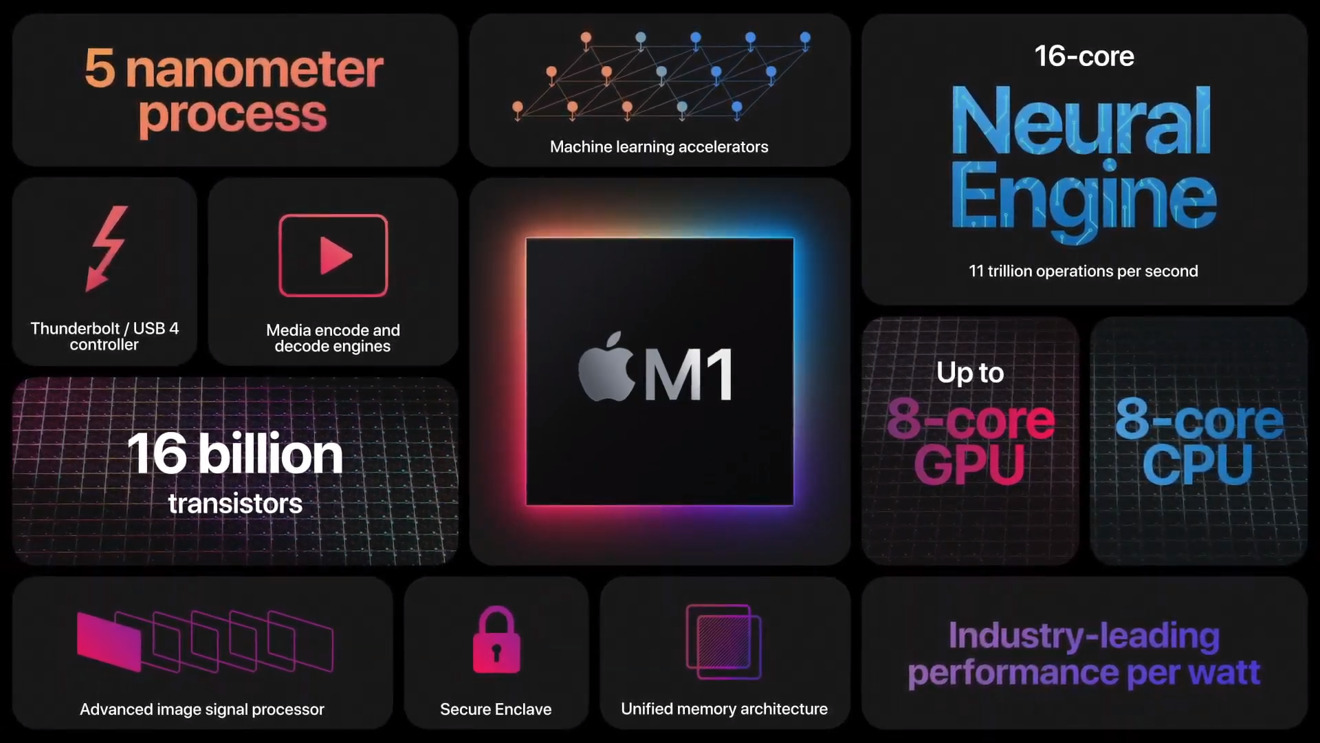 This was the month, though, when an actual problem was spotted. The first M1-native malware was spotted in February 2021, and then there was a mysterious follow-up.

The next one spotted was peculiar because it appears as if there is a strain of macOS malware that doesn’t do anything. You have to suspect that it was created in preparation for an attack, but we don’t know — and we do know that Apple has now taken steps to combat it.

Still, despite these finds, overall the Apple Silicon M1 processor seems to be remarkably secure. And much more so than Intel’s processors. Sorry, Intel.

Alongside Apple’s secure hardware, it continued this month to press on secure software and services. It was revealed that iOS 14.5 is going to reroute Google searches through Apple’s servers in order to prevent the search giant getting too much personal information from users.

Presumably Google isn’t delighted at that, but there’s nothing it can do. As it appears to have finally realised about Apple’s privacy nutrition labels. 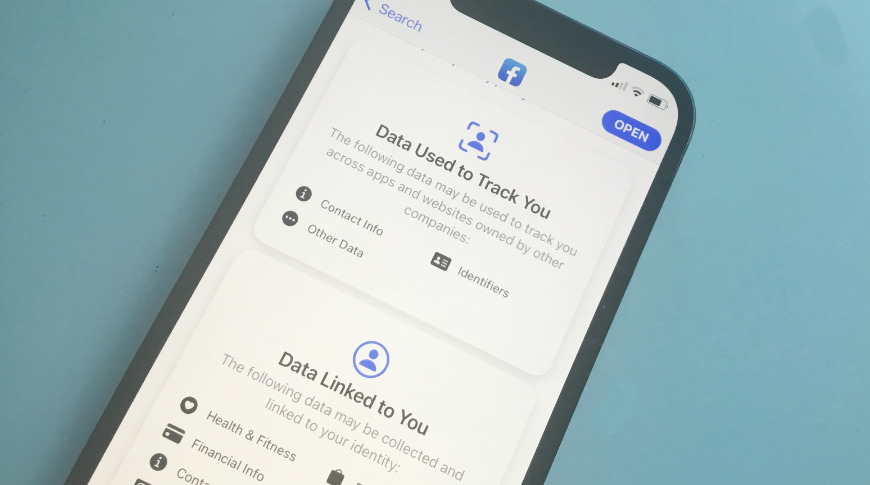 The new App Store privacy labels are prominent, but only after you’ve scrolled far down an app’s listing

After postponing iOS updates to its apps specifically because it didn’t want to fill out Apple’s now mandatory privacy forms, Google caved and released an update to the YouTube app.

So Apple’s privacy labels are have an effect, but they do still depend on developers both filling the form in — and being honest. The US House Committee on Energy and Commerce told Apple in February that they need to pull their finger out.

“A privacy label is no protection if it is false,” said the Committee in a letter. “We urge Apple to improve the validity of its App Privacy labels to ensure consumers are provided meaningful information about their apps’ data practices and that consumers are not harmed by these potentially deceptive practices.”

Do we need to mention where Facebook would rather Apple stick its privacy? After CEO Mark Zuckerberg was revealed to have said he wanted to cause Apple pain for what they were doing, Apple kept on doing it. 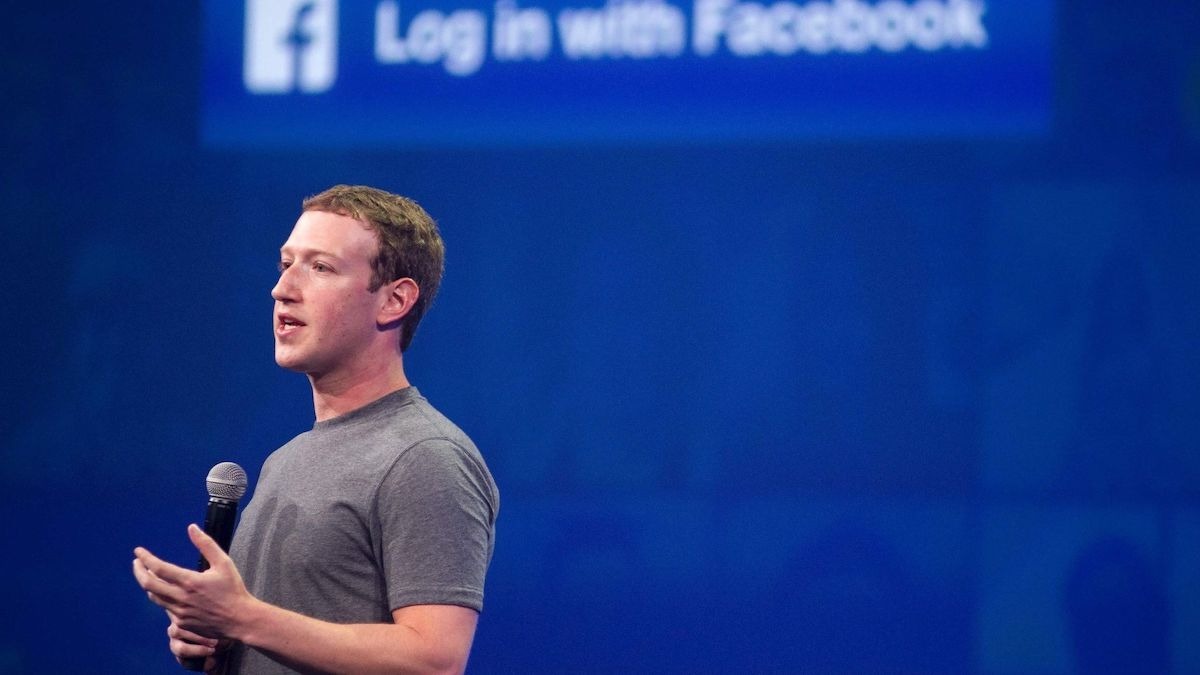 And Facebook kept right on bleating on. It was funny at first, then irritating, now it’s Facebook actively insulting us.

That could be worse. Facebook could be petulantly blocking us access to its pages, as it did for a time in Australia. Unfortunately, whether its points there were right or not, Facebook got the Australian government to change its planned new laws.

So there’s no chance Facebook will try that again.

Just as there’s zero chance that Epic Games will decide to drop its ongoing spat with Apple over that company’s dropping “Fortnite” from the App Store. Not even when this month, Epic Games CEO Tim Sweeney admitted it wasn’t over Apple dropping the app.

Instead, Sweeney had been drawing up a “battle plan” for months before introducing the in-app payment alternative that he knew would force Apple to drop the game.

February saw plenty of back and forth between the two firms as they prepare for their trial date in May. Perhaps the most revealing exchange, though, was when Apple apparently fully agreed to have Scott Forstall testify at the request of Epic Games. 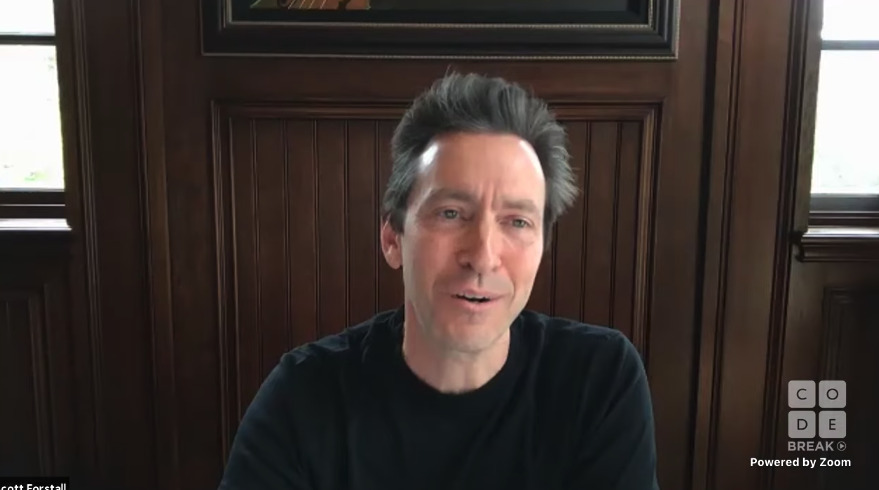 Former Apple SVP of iOS Scott Forstall during a streamed remote interview in May 2020.

Forstall was famously a senior vice president at Apple, and a favorite of Steve Jobs. Until, that is, he was seemingly forced out over his handling of Apple Maps problems.

What’s revealing about all this is that it seems once you leave Apple, you’re dead to them. Apple was happy to agree to Forstall testifying if Epic Games wanted him to, but said they couldn’t actually find him.

Mind you, Forstall went from Apple to producing hit Broadway shows. So this may be less Apple un-friending him, and more a frightening example of how the coronavirus has hit theaters.

Also nowhere to be seen, and yet this time surely talked about more in February 2021 than ever before, was the “Apple Car.”

“Apple Car” rumors would continue on and on throughout the whole 2021. But as we headed into March, it wasn’t time for new products, it turned out to be time for significant old ones to be discontinued.