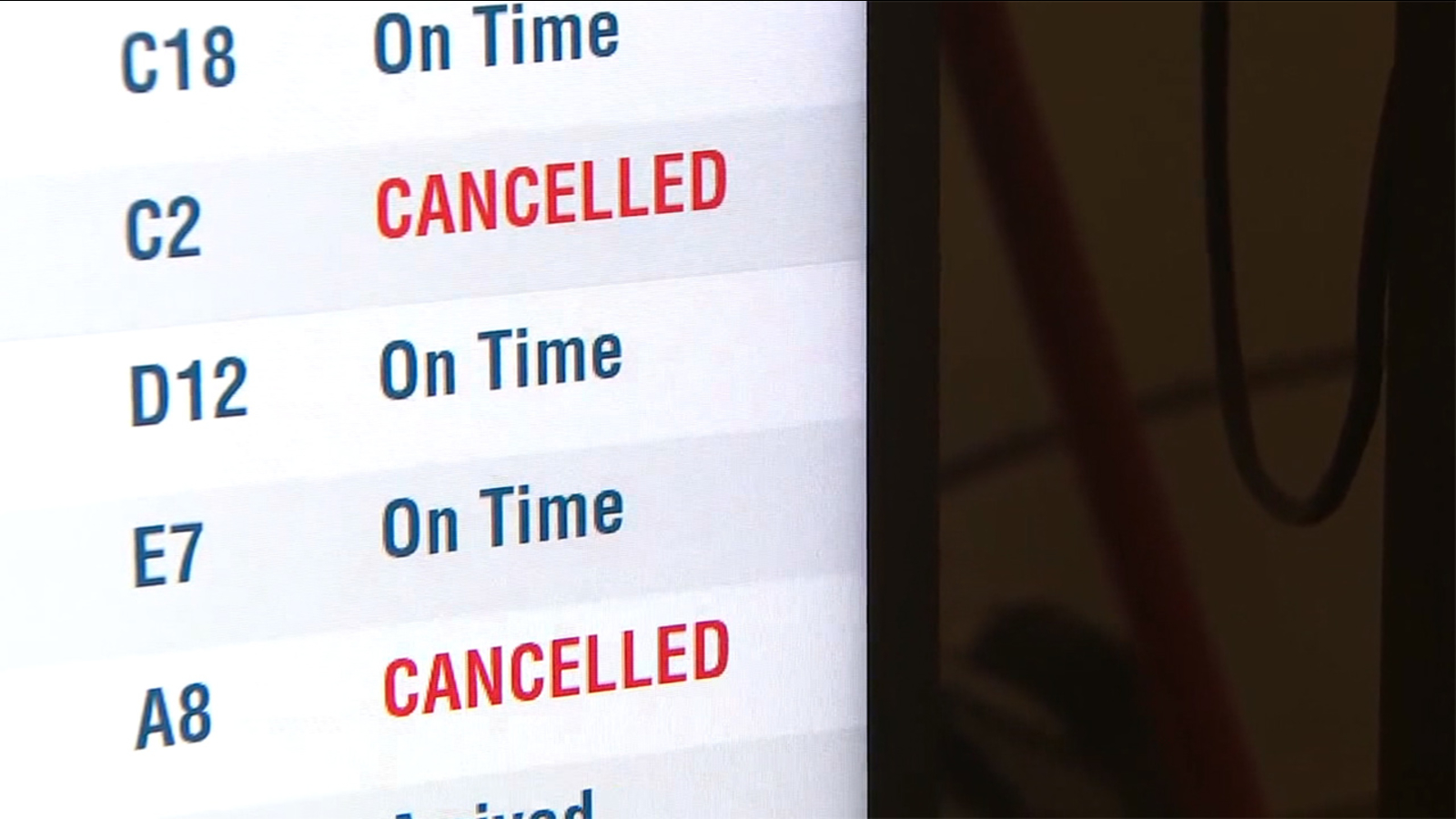 DALLAS — American Airlines canceled more than 1,200 flights over the weekend, citing weather conditions and staffing shortages as the impetus for the massive travel headache.

The Fort Worth-based airline canceled more than 680 flights as of Sunday morning, accounting for 24% of its schedule, according to tracking service FlightAware. Nearly 110 of AA’s Sunday flights were delayed.

For comparison, the U.S.-based airline with the second-highest volume of cancelations Sunday was Southwest, with 185 canceled flights.

Videos from Dallas, Miami and Charlotte, North Carolina show long lines stretching through airport terminals as customers scrambled to get to their destinations.

The airline said travel troubles stemmed from two days of severe winds at Dallas/Fort Worth International Airport, its largest hub, according to an internal letter obtained by ABC News.

“This weather drove a large number of cancellations at DFW, as we could only use two runways instead of the usual five that handle our operation,” the letter read.

“To make sure we are taking care of our customers and providing scheduling certainty for our crews, we have adjusted our operation for the last few days this month by proactively canceling some flights,” the letter read.

As air travel plunged in early 2020, airlines offered buyouts and early retirement packages to employees in order to cut costs. As they try to hire, or rehire, workers, service disruptions have become more frequent.

This comes as U.S. air travel has recovered to nearly 80% of the pre-pandemic level and the busy holiday season looms.

AA said it plans to increase staffing ahead of the fall and winter holidays, with nearly 1,800 returning from leave starting Nov. 1 and more coming back in December.

“Additionally, hiring for our airports is well underway and we anticipate 4,000 new team members joining us across the system in the fourth quarter,” the company said in the internal letter.

The widespread disruption harkens back to Southwest’s troubles in early October, when the airline canceled nearly 2,400 flights over a three-day period. Southwest’s crisis peaked Sunday, Oct. 10, with 30% of its schedule canceled.

The company blamed bad weather and air traffic control issues in Florida, but neither Southwest nor its pilots’ union has provided evidence to back up their explanations, the Associated Press reported.

CNNWire contributed to this report.