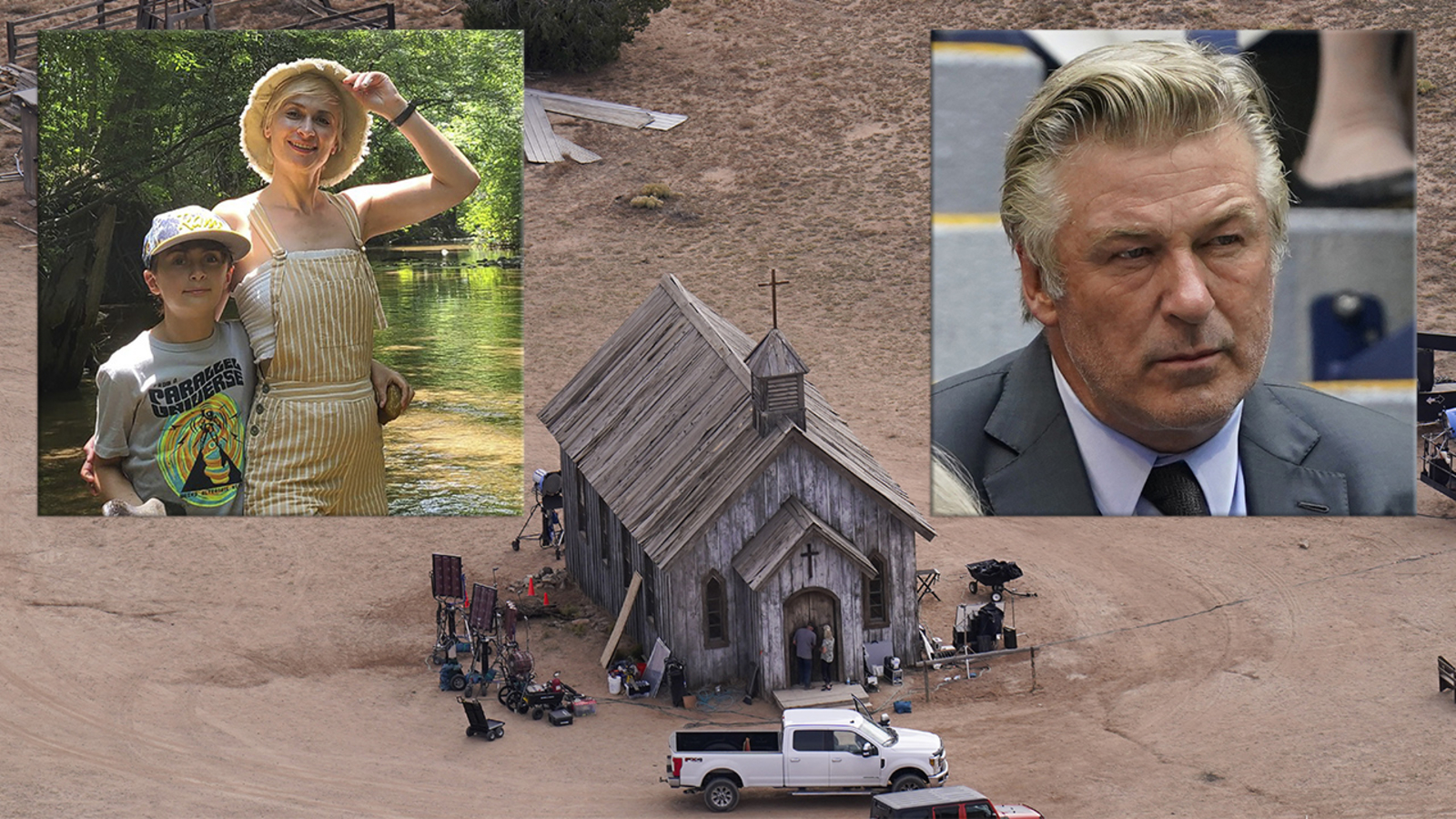 MANCHESTER, Vt. — Alec Baldwin told the paparazzi he is not allowed to talk about the details of the shooting that occurred on the set of his latest film, “Rust,” but he had some things to say about the woman who died, cinematographer Halyna Hutchins.

In a paparazzi video licensed by BACKGRID, Baldwin and his wife Hilaria appeared on camera in a scene the website said happened “in Manchester, VT, where he and his family have been laying low since the fatal incident.”

“I’m not allowed to make any comments because it’s an ongoing investigation,” Baldwin told those gathered. “I’ve been ordered by the Sheriff’s Department in Santa Fe. I can’t answer any questions about the investigation. I can’t.”

HOW IT HAPPENED: Inside New Mexico movie set where Alec Baldwin fired live round from prop gun

Hutchins died after Baldwin discharged a prop gun on the set of his film. She was 42.

The movie’s director, Joel Souza, 48, was wounded in the shoulder.

“She was my friend,” Baldwin told the paparazzi about Hutchins. “The day I arrived in Santa Fe to start shooting I took her to dinner with Joel the director.”

Baldwin’s wife attempted to interrupt him and he said, “excuse me” to wave her off as he said, “We were a very very … well-oiled crew shooting a film together and then this horrible event happened.”

Authorities are investigating the shooting.

On Wednesday, Sheriff Adan Mendoza said at a joint news conference between the Santa Fe County Sheriff’s Office and district attorney’s office that Baldwin fired a “suspected live round.”

“The facts are clear: a weapon was handed to Mr. Baldwin,” Mendoza said. “The weapon is functional and fired a live round, killing Ms. Hutchins and injuring Mr. Souza.”

Baldwin reiterated in the more the four-minute-long video posted Saturday that he has been told multiple times that he is not allowed to talk about the ongoing investigation.

He invited other questions, and Baldwin’s wife got upset when one of those asking could not remember Hutchins name.

“Her name is Halyna,” Hilaria said. “If you’re spending this much time waiting for us you should know her name.”

Baldwin said he met with Hutchins’ husband and her young son after the incident but said he “wouldn’t know how to categorize” how the meeting went.

“The guy is overwhelmed with grief,” Baldwin said. “There are incidental accidents on film sets from time to time, but nothing like this. This is a one in a trillion episode.”

The actor, who is also producing “Rust,” said he is in constant contact” with Hutchins’ husband and son who are “in shock.”

“We are eagerly awaiting the Sheriff’s Department telling us what their investigation has yielded,” Baldwin said.