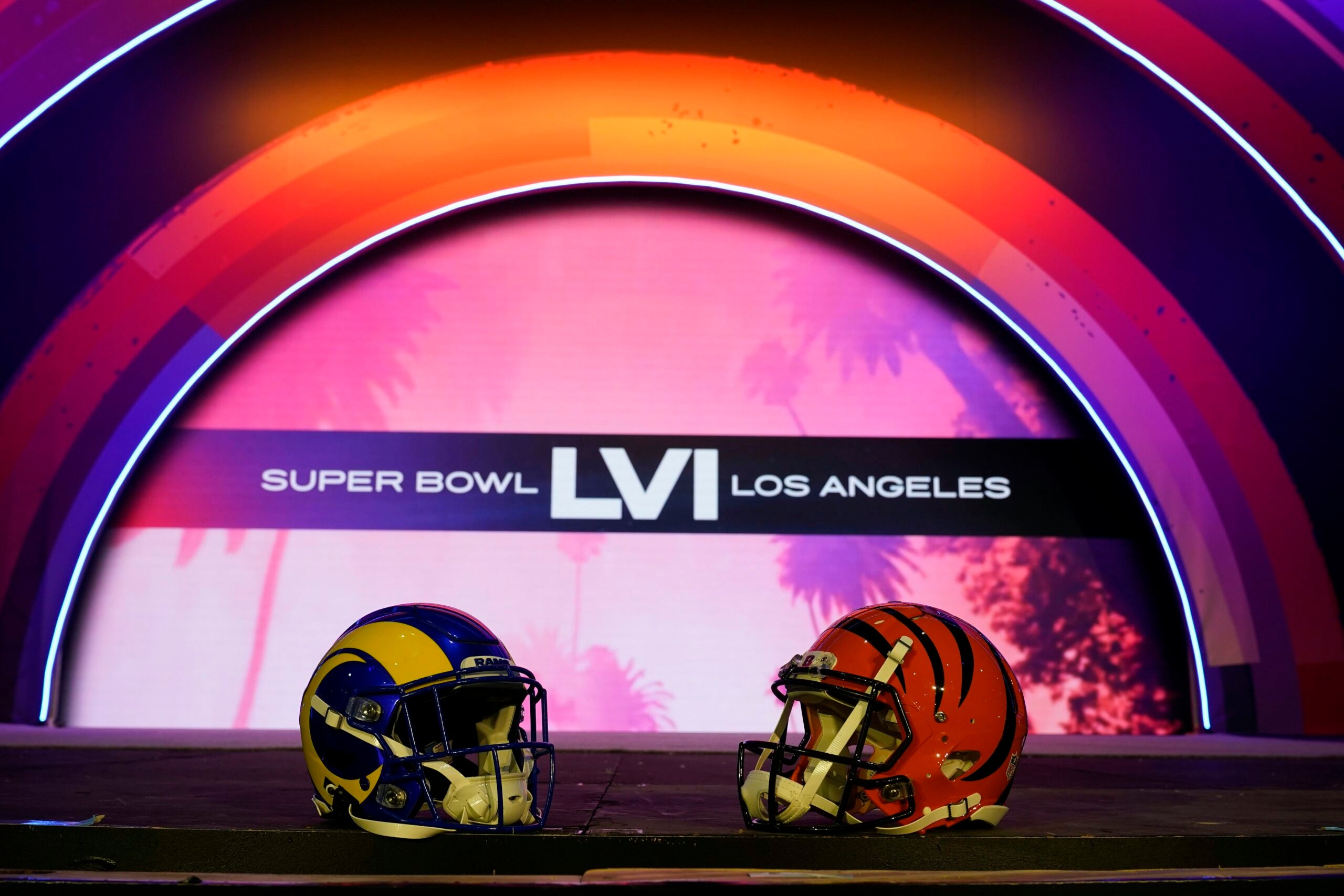 Here are five things to know going into the matchup at SoFi Stadium in Los Angeles.

They’ve both had a flair for the dramatic along the way.

Both teams won their division, then the Rams cruised past the Cardinals, 34-11, and the Bengals beat the Raiders, 26-19, in the Wild Card Round to capture their first playoff win in 31 years.

In the Divisional Round, the Rams nearly collapsed against Tom Brady and the Buccaneers but responded to earn a 30-27 win. The Bengals knocked off the top-seeded Titans, 19-16, on a last-second field goal from Evan McPherson.

The Bengals have never won, and it’s been a long time for the Rams.

This is Cincinnati’s third Super Bowl appearance ever and first since 1988, and a win would be its first championship ever.

The Rams are heading to the Super Bowl for the fifth time. They last won in 2000, as the St. Louis Rams, and most recently lost to the Patriots in 2018.

Los Angeles is currently a 4.5-point favorite as of Saturday, and the over-under for total points is 48.5.

The halftime show has a chance to be special.

There are always local angles.

Running back Sony Michel scored the game’s only touchdown for the Patriots in their 13-3 victory over the Rams a few years back. In his first year with the Rams, he finished the regular season with five touchdowns and has 24 carries for 47 yards in the playoffs.

Former Boston College catalyst Wyatt Ray finished with 15 tackles, a sack, and a forced fumble in 15 regular-season games for the Bengals. The second-year defensive end racked up 114 tackles, 17 sacks, and an interception for BC.

Michael Hoecht, a 24-year-old defensive tackle for the Rams, played at Brown University.

The quarterbacks have unique backstories.

Stafford has always had talent, but much of his career was a major “what-if” as he struggled with the Lions. This season, in his first with the Rams, he’s proven it’s often largely about opportunity and fit. He’s already won three playoff games this season after winning none in 12 seasons in Detroit.

Burrow, meanwhile, won a national championship at LSU alongside wide receiver and current teammate Ja’Marr Chase. He’s had potential from the start, and these playoffs have taken him from solid starter to flat-out star.