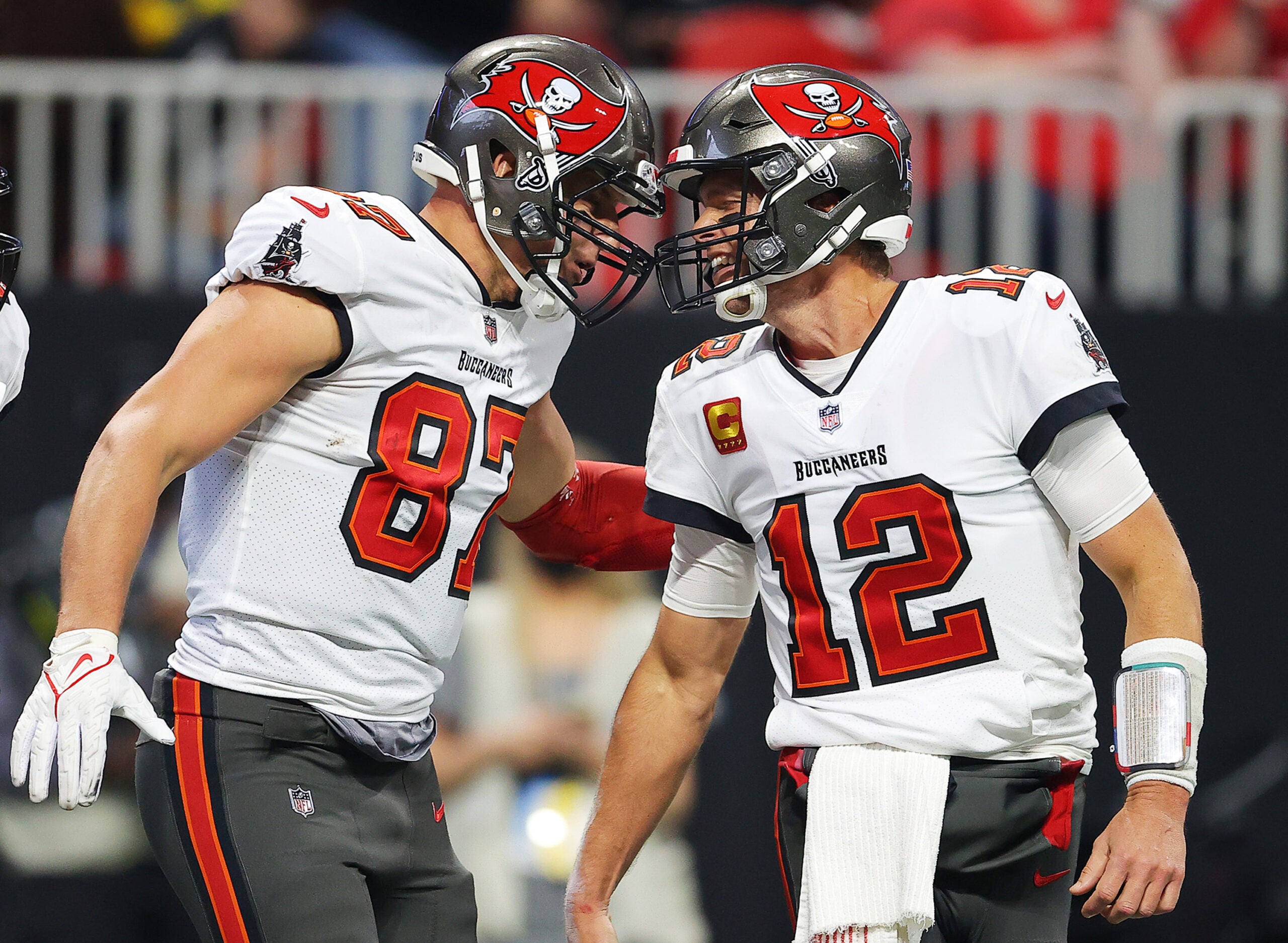 The Patriots aren’t playing in Week 14, but they’ll have some rooting interests on Sunday.

As the regular season reaches the home stretch, certain teams losing will help the Patriots’ path to win the division – and possibly the No. 1 seed in the AFC – easier.

Here are five games Patriots fans should keep an eye on this weekend.

Patriots fans will be rooting for Tom Brady again on Sunday – if they weren’t already.

Brady’s Buccaneers host the Bills on Sunday in what was almost a matchup in last season’s Super Bowl. While the Bucs made it there (and won), the Bills fell short in the AFC Championship Game, losing to the Chiefs.

Sitting at 9-3, Tampa Bay looks like a team that’s poised to make another deep playoff run this season. Buffalo, on the other hand, is in a trickier spot. The Bills’ Monday night loss to the Patriots dropped them to 7-5, giving New England a game and a half lead in the AFC East.

A Bills loss this weekend would go a long way toward the Patriots clinching the AFC East. If Buffalo loses either this week or against Carolina in Week 15, New England could be in a spot to clinch the division when the two teams meet in Week 16.

The Buccaneers are slight favorites heading into Sunday’s game. They’ve won their last three games as Brady has made a case to win his fourth MVP by taking the lead in passing yards and passing touchdowns this season.

Brady’s had the Bills’ number over his career, going 32-3 against Buffalo during his time in New England. In his last loss against the Bills, which came in 2014, Brady didn’t play in the second half as the Patriots had already clinched the AFC’s top record for the season.

The Patriots are the hottest team in football right now, but not far behind them are the Chiefs.

Kansas City has won its last five games, improving to 8-4 after a slow start. Even though Patrick Mahomes hasn’t looked like the Mahomes fans have known so far, the Chiefs’ defense has stepped up. Kansas City has allowed 17 points or fewer in each game of its win streak, including three games where it held its opponent to single digits.

As the wins rack up, the Chiefs have moved up in the AFC standings. They hold the lead in the AFC West and are fourth in the AFC, sitting just a win behind the Patriots.

The Chiefs are in a good spot to get a win this weekend. They play at home, where they’re 5-2 this season, and face a Raiders team they defeated 41-14 in November.

Even though it looks likely the Chiefs will move to 9-4 on Sunday, the Patriots will remain ahead of them in the standings. New England holds the key tiebreaker between the two as it’s 7-1 against AFC opponents this season while Kansas City is 3-4 against AFC teams. So, if both the Patriots and Chiefs win out, New England would hold the No. 1 seed in the AFC.

The Patriots don’t necessarily need the Chiefs to lose yet, but it would give them a mulligan in their final four games.

After their Week 13 loss made way for the Patriots to move into the AFC’s top spot, the Ravens look to keep up in the conference battle when they face the Browns on Sunday.

Like Kansas City, Baltimore can’t pass New England in the standings with an equal record as it currently has a worse record against AFC opponents. But the Ravens can apply pressure to the Patriots by winning on Sunday. If they beat the Browns, the Ravens would move to 6-4 against AFC teams this season, which would be one win less than the Patriots’ current record against such opponents.

But the Ravens enter Sunday’s game against the Browns as underdogs, even after beating the Browns just two weeks ago. There could be multiple reasons for that. In the Week 12 matchup, the Ravens squeaked out a 16-10 win at home with Lamar Jackson throwing four interceptions. Jackson struggled again in Week 13, throwing a pick and getting sacked seven times in a 20-19 loss to the Steelers.

Baltimore’s also played mediocre football as a whole lately. The Ravens are 3-3 in their last six games, with all three of their wins being decided by one score or less. Their other two losses were to the 6-7 Dolphins and a 41-17 blowout home loss to the Bengals.

The Browns haven’t been great shakes as of late either. They’re 6-6 this season and have gone 3-5 in their last eight games. But they’re coming off a bye and are 4-2 at home this season.

Other matchups to watch

Jaguars-Titans: Tennessee can also match the Patriots’ 9-4 record this season when it takes on the Jaguars on Sunday. Of course, the Patriots hold the tiebreaker over the Titans after beating them in Week 12, so the Patriots can’t be passed at all in the AFC standings this weekend. Despite not having Derrick Henry and A.J. Brown, the Titans are 8.5-point favorites over the 2-10 Jaguars.

49ers-Bengals: The AFC North could have a new leader come Sunday night. If the Ravens lose and the Bengals win on Sunday, Cincinnati would take the lead in that division with an 8-5 record. While the Bengals would be a game back of the Patriots in that scenario, they aren’t as far back as the Chiefs and Ravens are for the tiebreaker. The Bengals are 5-3 against AFC teams this season, making it possible for them to usurp the Patriots if they have equal records at season’s end.

Cincinnati does have a tough task ahead of it, though. It hosts San Francisco on Sunday. The 49ers have won four of their last six games, and to make things tougher, Bengals quarterback Joe Burrow is dealing with an injury on the pinky of his throwing hand.