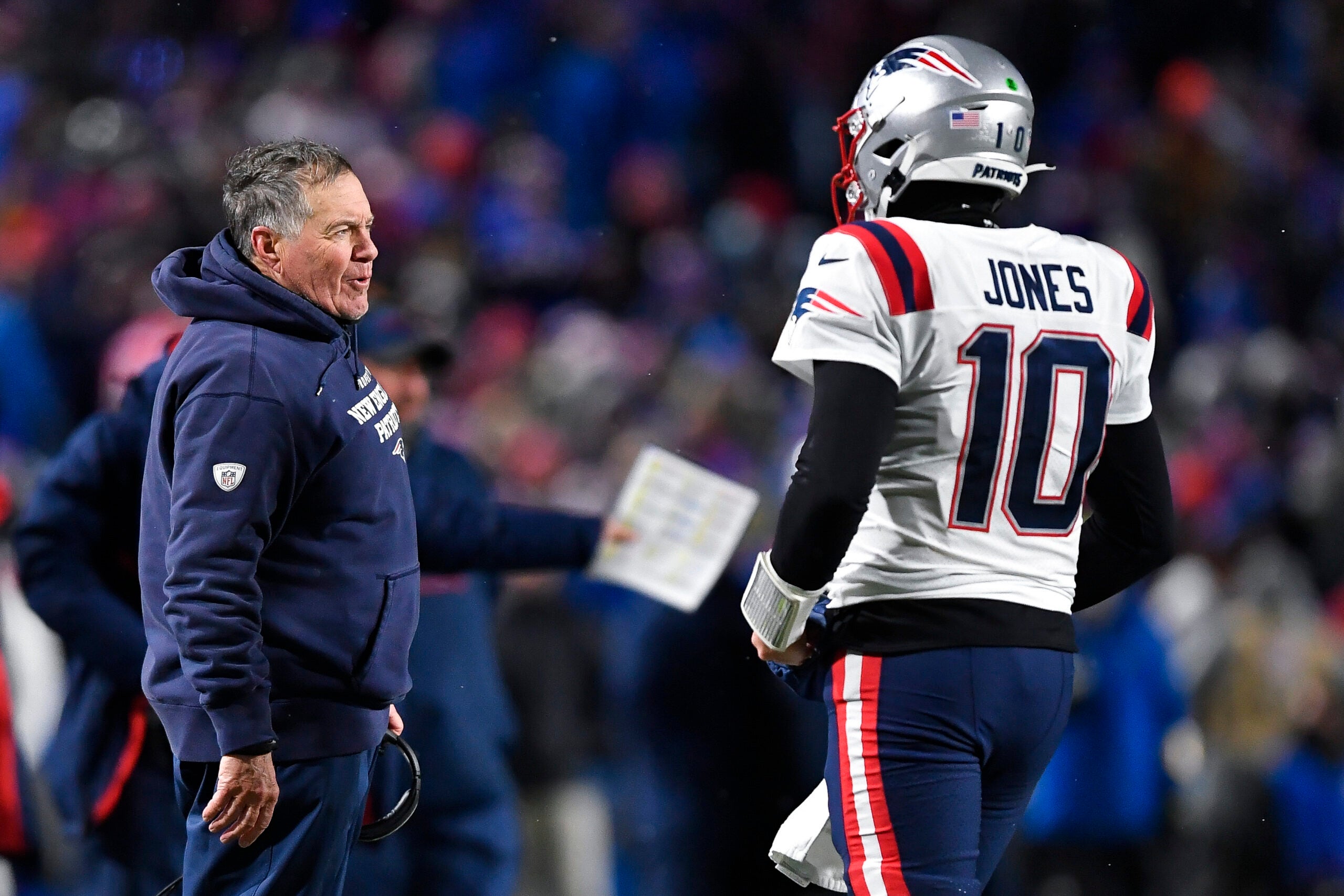 For years, it was the Patriots that were viewed as the model for success in the NFL. Now, they’re looking at how other teams built their way up to success.

The Bengals’ sudden rise from finishing with the worst record in the NFL in 2019 to winning the AFC just two years later might give the Patriots the best blueprint. The obvious similarity between the two teams is their quarterback situations. Cincinnati took Joe Burrow with the first overall pick following its dreadful 2019 season while New England selected Mac Jones with its first-round selection in 2021.

As the Patriots appear to have their quarterback of the future in place, here are four things they can learn from the Bengals’ Super Bowl run.

Find a top-end talent at receiver.

There might be no bigger need for the Patriots this offseason than wide receiver.

After a miserable season from its wide receiving corps in 2020, New England saw better production from its receivers in 2021. But it was nowhere near good enough as Jakobi Meyers, who was the team’s leading receiver, ranked 33rd in the league in receiving yards (866).

The Bengals gave Burrow a top-end talent receiver in the 2021 draft, selecting Ja’Marr Chase with the No. 6 overall pick. Picking Chase was a home run as he broke the rookie receiving yards record and finished fourth in the league in receiving yards this season (1,455). He was also third in receiving touchdowns (13).

As a matter of fact, Super Bowl LVI will feature two of the best receivers from the 2021 season with Cooper Kupp, who won the receiving triple crown, suiting up for the Rams – emphasizing the Patriots’ need for a top receiver.

The Patriots have multiple avenues to find that talent. They could go spend big on a receiver in free agency, where Davante Adams and Chris Godwin could be available. They could also add a less pricey option, such as Odell Beckham, JuJu Smith-Schuster, or Mike Williams and hope Meyers, Kendrick Bourne, and Nelson Agholor progress.

New England could also use its first-round pick on a receiver like Cincinnati did. If the Patriots go that route, Ohio St. wide receivers Garrett Wilson and Chris Olave and Alabama receiver Jameson Williams could all be available when they’re on the clock with the 21st overall pick.

Either way, the Patriots will have several options to improve the talent in their receiving room this offseason – and they must exercise that option to help out Jones.

Get Mac Jones to improve his play under pressure.

Jones and Burrow are similar quarterbacks in the sense that they don’t have the athletic ability to use their speed to create big plays when getting pressured like Patrick Mahomes or Josh Allen.

Luckily for Jones, his offensive line is more talented than Burrow’s. The Bengals quarterback was sacked 51 times and was pressured 145 times during the regular season, both league highs. Jones wasn’t under duress as much, getting sacked 28 times and pressured 104 times.

You can’t teach speed, but you can teach pocket presence and footwork. And that’s a big reason why Burrow’s been able to lead the Bengals to the Super Bowl.

The Patriots actually helped the Bengals build their team for the Super Bowl this season. In April’s draft, New England traded up to the 38th overall pick, which was owned by Cincinnati, so it could select defensive tackle Christian Barmore. In order to draft Barmore, the Patriots gave the Bengals not just their second-round pick, but it also gave them two fourth-round picks.

It turns out that trade is a big reason why the Bengals were able to select kicker Evan McPherson, who has made clutch kicks for them all season.

“They liked McPherson’s physical gifts and his moxie,” NBC Sports’ Peter King wrote. “But the team wanted to draft at least two offensive linemen and two defensive linemen (and maybe a third) in the draft, and they knew they were going to pick Ja’Marr Chase. To get Chase, the kicker (no sure thing if they didn’t deal for extra picks) and the linemen, they needed extra picks.

“We definitely needed to fill in on both lines of scrimmage,” Bengals director of player personnel Duke Tobin told King. “But we also liked the kicker, because taking him would hopefully take us out of the grind cycle of manufacturing a kicker.”

Entering the offseason, the Patriots have their pick in each of the first four rounds and the Rams’ sixth-round pick in the 2022 NFL Draft. Having just five picks seems light, especially considering that the Patriots have several needs (wide receiver, defensive line, linebacker, and cornerback) to address.

The other way they could build draft capital is by trading a player for a pick. There aren’t many players though on the Patriots’ roster that could net a pick in the first four rounds, but one does stand out. Cornerback J.C. Jackson is set to be a free agent and will likely command a payday that will make him one of the highest-paid corners in the league. If the Patriots have reservations on giving Jackson such a contract, they could place the franchise tag on him and hope a team is willing to give a draft pick up in order to acquire the 26-year-old Pro Bowler.

While trading Jackson would exasperate the Patriots’ need for a corner even more, trading him for a draft pick (or picks) could help the team address needs across the board while saving money. Which brings us to our next point…

Continue to hit the free-agent market.

The Patriots dominated the headlines last offseason when they spent a record $163 million in guaranteed money during free agency last offseason. But they weren’t the only ones to splurge on the free-agent market.

All of those deals were signed just a year after the Bengals signed defensive lineman D.J. Reader and corner Trae Waynes to multi-year deals worth eight figures per year.

While the Patriots spent big last offseason and not all of those signings have worked out, that shouldn’t stop them from continuing to add veterans to the roster.

Sure, they won’t have as much cap space this time around (Patriots cap guru Miguel Benzan currently projects them to have a little less than $5 million in cap space), but there are several ways in which they can create more room. Cutting players such as Davon Godchaux and Kyle Van Noy would create at least $5 million in cap space, each. They could also extend players such as Damien Harris, who’s entering the final year of his contract, to help create cap space or restructure the contracts of any of the players they signed last offseason for the same purpose. Trading guard Shaq Mason could also make sense if the Patriots wanted to re-sign Ted Karras, who had a standout season, to a cheaper deal.

And like the Bengals, the Patriots don’t need to sign big-name players either. But it’s clear that their 2021 roster isn’t good enough to to be one of the league’s top contenders – and they need to fix that.