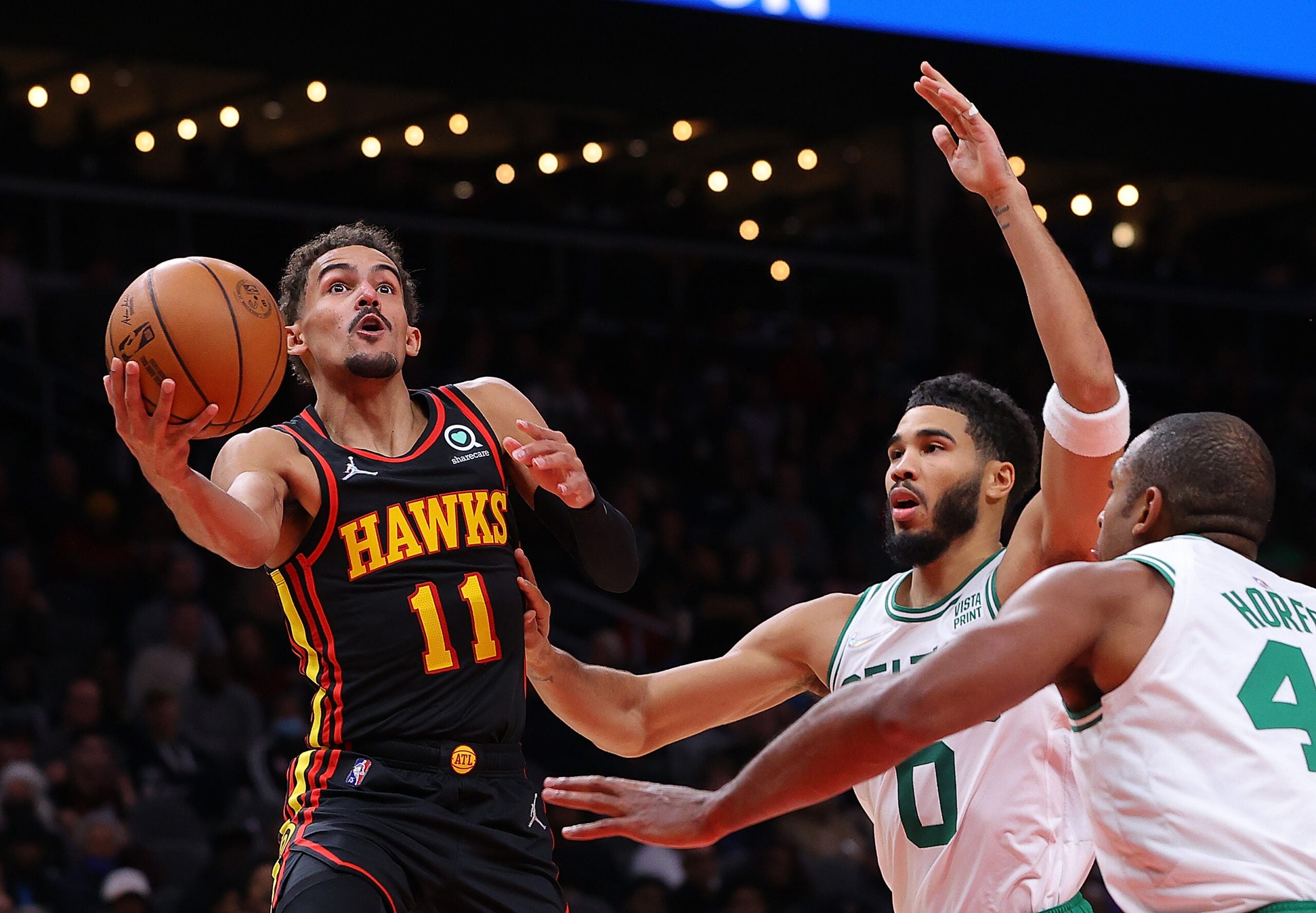 Here are the takeaways as the Celtics fell to the Hawks 110-99, dropping to 1-2 on their three-game road trip.

1. The Hawks’ backcourt proved to be the difference. Trae Young hurt the Celtics in a variety of ways, even though he wasn’t scoring at a particularly high clip — 18 points on 4-for-12 shooting and 0-for-6 from behind the arc. The Celtics attacked him aggressively on the defensive end with a variety of looks including some traps, but Young simply split his way out of them and found teammates (11 assists). Late in the game, he hit a layup and a short jumper that put the game nearly out of reach.

Kevin Huerter, meanwhile, helped build the lead that Young’s late-game performance protected. Huerter was 7-for-9 from the field and hit five triples, en route to 19 points. When the Hawks get that much production from their guards, the rest of the team becomes difficult to guard.

2. Jayson Tatum was excellent — 34 points, 12-for-23 from the floor, 5-for-13 from deep. He drove aggressively at the rim and looked more comfortable (and maybe more on-balance?) from 3-point range. When the Hawks doubled him, he moved the ball well, and his paint touches collapsed the Hawks’ defense.

In other words, Tatum did exactly what he needs to do on a nightly basis. Unfortunately for the Celtics, his teammates made too few 3-pointers to keep them afloat. Getting Robert Williams and Jaylen Brown back will be crucial.

The starting lineup struggled in the early going, but Udoka’s decision to give it a shot made sense: Williams, Horford, Tatum, Marcus Smart, and Dennis Schröder had outscored opponents by 46.7 points per 100 possessions in their 30 possessions on the court this season, per Cleaning the Glass.

We will have more takeaways later this evening.